Obama Tried To Call Mitch McConnell And John Boehner On Election Night, But They Lied That They Were Sleeping 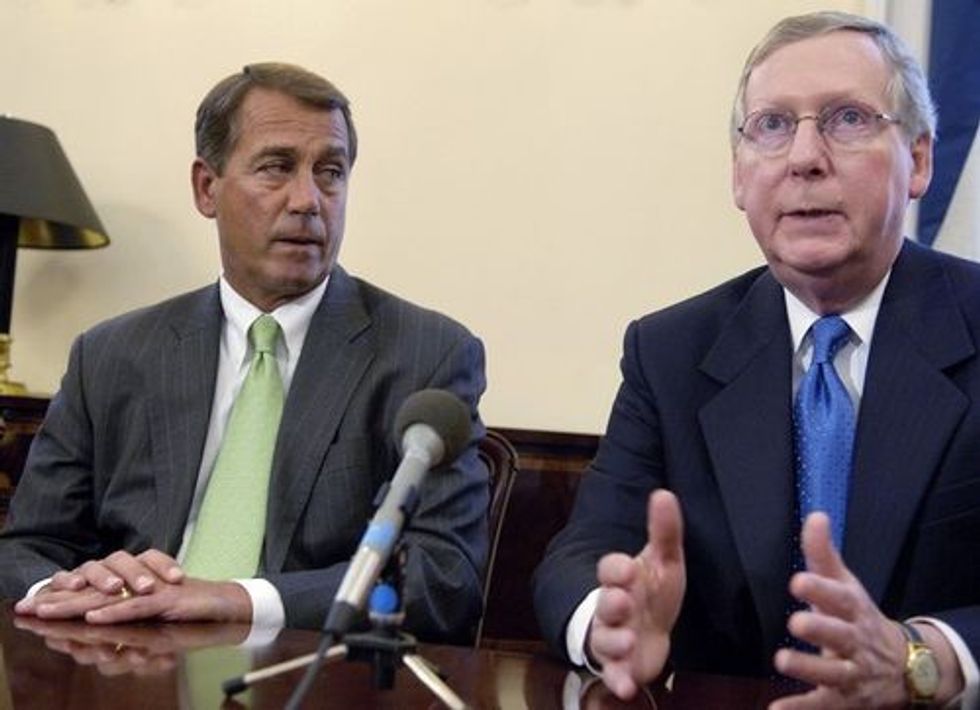 After his speech, Mr. Obama tried to call both Mr. Boehner and the Senate Republican leader, Mitch McConnell, but was told they were asleep.

Okay, that is obviously not a total lie. So let us unpack this complete unvarnished truth that was in no way House Speaker John Boehner and Senate Minority Leader Mitch McConnell cold blowing off the President of the United States who was calling them on their telephones.

And that unpacked total truth is this:

Whoever answered the phone at the homes of John Boehner and Mitch McConnell was told the president of the United States was on the horn, and decided that wasn't worth waking anyone up for.