Obama Unmasked As Fraud, Because This Lady Still Doesn't Have A Job 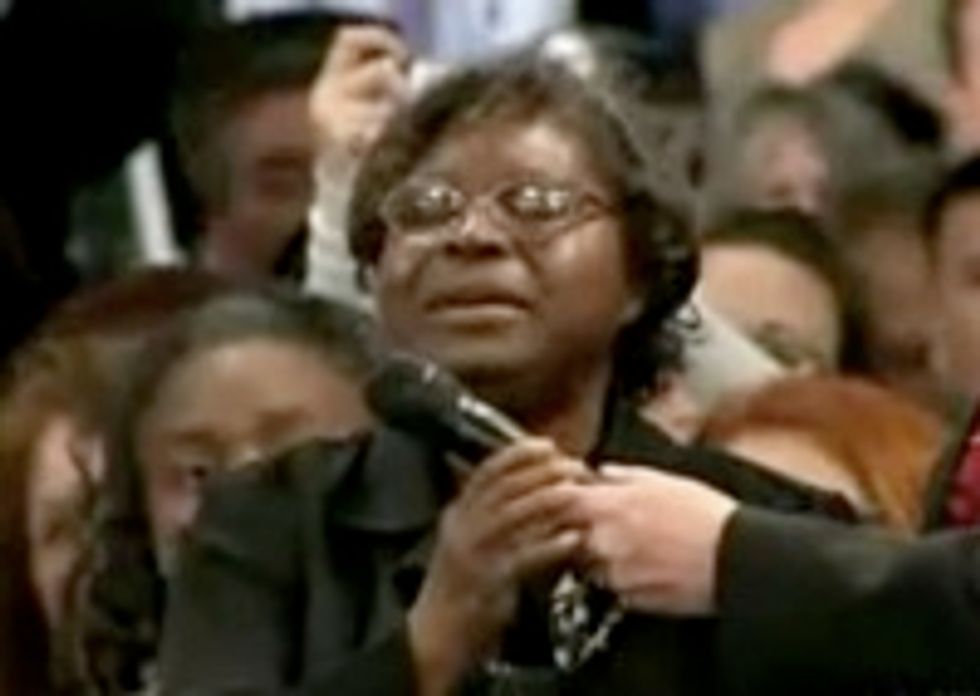 Back in early February, before President Obama failed at everything (life), it seemed he could heal the lame and the halt simply by looking at them and saying in a dignified manner, "the stakes are too high." For example, at a rally in Ft. Myers, he magically transformed the lives of two (2) paupers just by calling on them when they raised their hands.

One was some guy who worked at McDonald's, and after he spoke to President Obama, he did not have to work at McDonald's anymore.

And then this lady who did not have a house OR a job suddenly got a house (from a Republican's wife, who will only let her stay in it until the house sells -- which, because it's Florida, will be never), but this poor lady still doesn't have a job. Why have Barack Obama's magical powers ceased to have any effect on Florida's miserable unemployment rate?