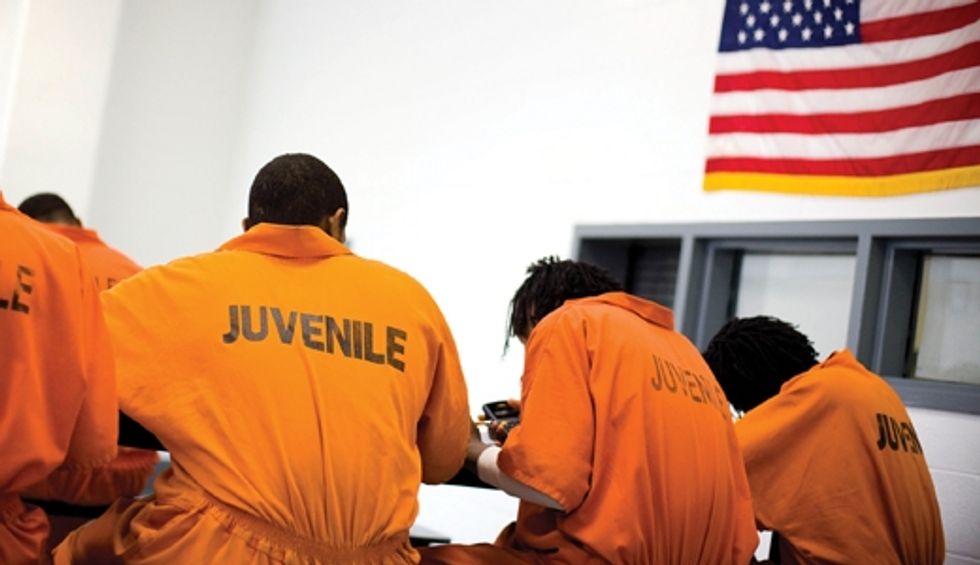 Well this is a fine how-do-ye-do! Barack Hussein Obama loves 13-year-old juvenile offenders in Mississippi private prisons more than he loves the upstanding citizens who beat and rape them! A "scathing decision" from a federal judge, following a report by the Department of Justice, said the Walnut Grove Youth Correctional Facility allowed "a cesspool of unconstitutional and inhuman acts and conditions to germinate, the sum of which places the offenders at substantial ongoing risk." And now GEO, the Boca Raton-based private prison company that ran it, has pulled out of all three of its prisons in Mississippi! What does Barack Obama have against capitalism and the private prison-industrial complex!!?!

* Prison staff had sex with incarcerated youth, which investigators called "among the worst that we've seen in any facility anywhere in the nation."

* The prison showed "deliberate indifference" to prisoners possessing homemade knives, which were used in gang fights and inmate rapes.

Does the Southern Poverty Law Center perhaps have some thoughts on this?

Sheila Bedi, deputy legal director at the Southern Poverty Law Center, said that her group is considering legal action against the prison.

Regarding Walnut Grove, Bedi said whoever takes over management of the facility, at least the juvenile offenders held there will be safer under the court order.

"Some of the more significant relief includes an agreement to remove all children from that facility, and to put them in a stand-alone unit that will be operated by the Mississippi Department of Corrections and governed by juvenile justice, as opposed to adult correctional standards," she said.

Pffft. There we go, coddling 13-year-old criminals by not raping them maybe. Has Barack Obama at long last no sense of shame? AND WHAT ABOUT THE CHILDREN? Oh right. [NPR]