Obamas Insist On Doing Social Things All The Time 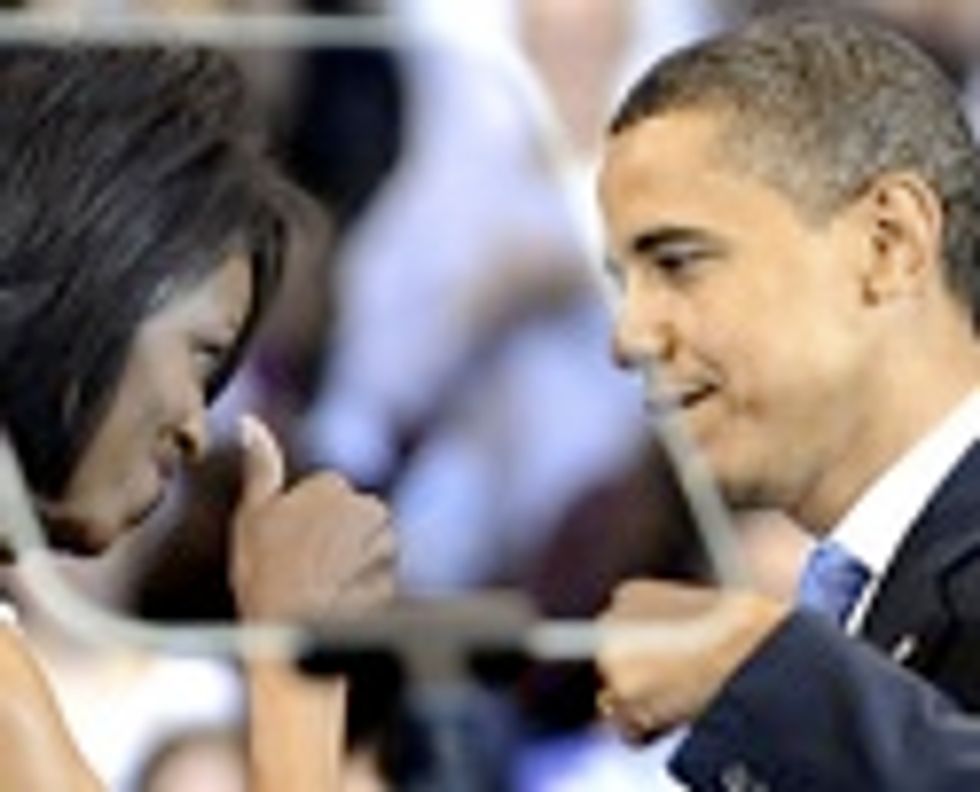 When Chuck Todd asked President Obama about why he didn't want Americans to "sacrifice" in the new War on the Economy, maybe he was just subtly hinting that the president himself ought to make some sacrifices, such as not going out and partying like a fool every night of his life. This new president insists on going to basketball events and restaurants and even the occasional fancy dance performance, with hischildren, no less, which means he should be fired.

Presumably, he takes his beloved teleprompters with him on all his hedonist junkets, otherwise how else could he banter with the rabble he encounters courtside?

Americans love the idea of the common man in a position of political power. (Think Jimmy Stewart in “Mr. Smith Goes to Washington.”) But they can also lose some respect if a politician seems too familiar. (Think Jimmy Carter in his cardigan.)

“Every once in a while it’s great, but there’s a chance of overexposing yourself socially,” said Bradley A. Blakeman, a former aide to President George W. Bush. “People scratch their heads and say, “Doesn’t the president have other things to do, especially in a crisis?’ ”

Yeah, for serious! At least George Bush had the decency to just quietly clear the shrubbery around his ranch house, alone, in hundred-degree heat, whenever an international crisis arose.

Ha ha, it is awesome that a homeless person shares a very common name with this other guy, who was nominated for Commerce Secretary! Or ... is it the same man???

Could It Really Be Him? Yeah, Probably [New York Times]