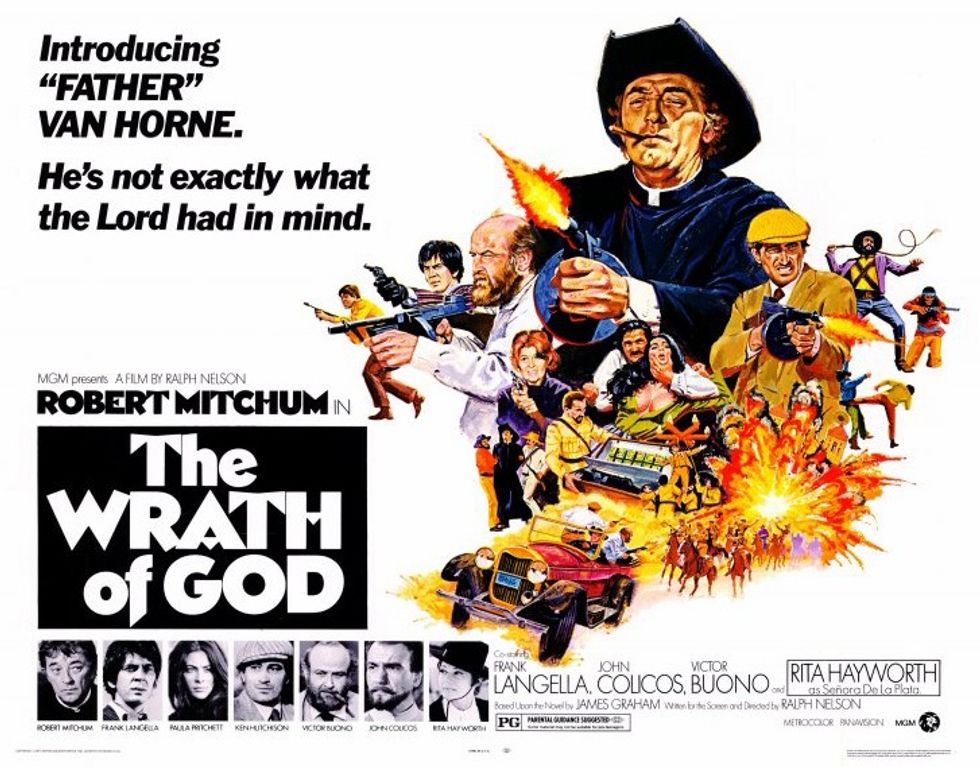 Thank goodness for the internet! Were it not for this near-instantaneous information-distribution medium, PastorJohn McTernan would not be able to get international attention for being among the first wingnut preachers to proclaim that Hurricane Sandy is obviously God's vengeance on America for some perceived sin. In this particular case, the Almighty is going to cause randomized death and destruction along the East Coast of the US to punish random people for a diplomatic conference attended by George HW Bush in 1991:

Hurricane Sandy is hitting 21 years to the day of the Perfect Storm of October 20, 1991. I write about this in my book as America Has Done to Israel. [sic] This was the day that President George Bush Sr. initiated the Madrid Peace Process to divide the land of Israel, including Jerusalem. America has been under God’s judgment since this event.

But wait! That's not all! There is MATH!!!! And politics! And Teh Ghey, of course:

Twenty-one years breaks down to 7 x 3, which is a significant number with God. Three is perfection as the Godhead is three in one while seven is perfection.

It appears that God gave America 21 years to repent of interfering with His prophetic plan for Israel; however, it has gotten worse under all the presidents and especially Obama. Obama is 100 percent behind the Muslim Brotherhood which has vowed to destroy Israel and take Jerusalem. Both candidates are pro-homosexual and are behind the homosexual agenda. America is under political judgment and the church does not know it!

In an earlier blog post, Mc Ternan, apparently unaware that the election will actually take place a week from now, and not tomorrow, said

Hurricane Sandy may flood Washington, DC on election day! It is like the hurricane is a huge bucket of vomit in America’s face during the election. What a sign from the holy God of Israel that American politics is an abomination to Him.

Never mind that the Madrid Peace Conference had few practical effects on Israel's territory, or that it seems slightly douchey of the Lord of Hosts to kill a bunch of randomly selected residents of a coastal region when He could presumably direct lightning bolts at GHW Bush and the other organizers of the Madrid Conference. Talk about ambiguous messaging!

No, let's keep in mind the REAL news in this announcement: 21 years is apparently the "Killer Storms" anniversary, or, depending upon your family traditions, the "Huge Bucket of Vomit in the Face" anniversary.