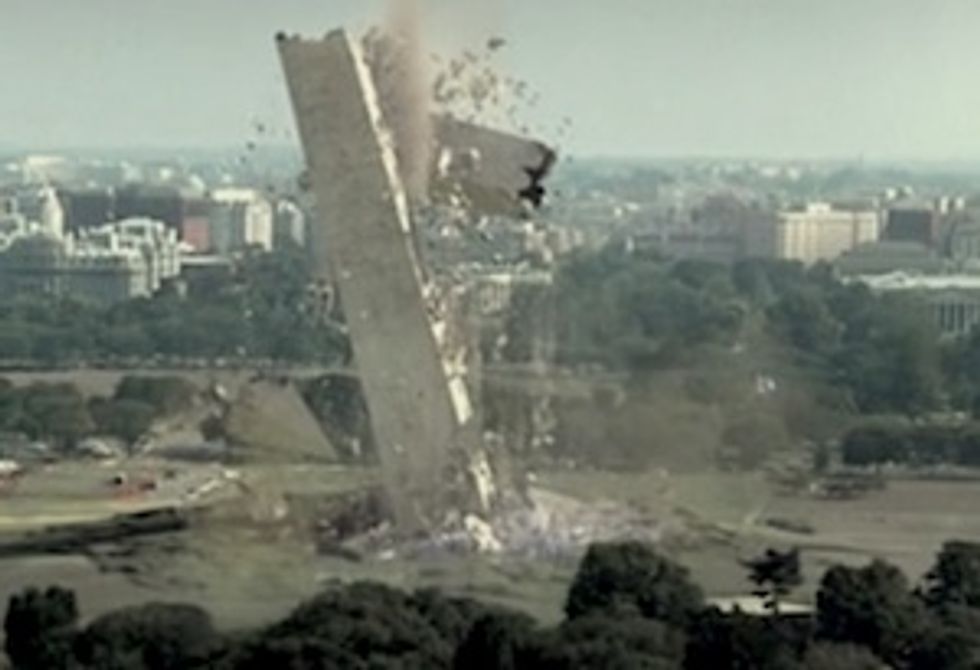 First, it isabsolutely true that Occupy DC begins tomorrow at 9 a.m. in McPherson Square. Second, it is time we engaged in magick of the Kesey-ian variety and began making things happen by invoking those things we wish to make happen. So, let's invoke Thievery Corporation and some kind of epic Fugazi/Minor Threat/The Evens outdoor musical party to get the Occupy DC thing off to a good start. And request some drizzle or light rain, instead of a downpour. Magic isn't just for Pat Robertson and Sarah Palin, right? (Later, we can use Magic to cause more Earthquakes and Hurricanes to strike D.C. and Wall Street, just like Pat Robertson always does on the teevee.)

The nice people from Occupy DC just sent us this note:

Just thought you might want to know that Occupy DC is happening tomorrow in McPherson Square at 9 am! The weekend after that, we are joining up with Stop The Machine's protest in Freedom Plaza (starting October 6). There is much comical confusion over who's going where and who organized what, but it's really quite simple. Think Waggs will want to come home and visit us, or maybe one of you guys? Or whatever. Freedom!!

We don't know what happened to Waggaman! Last we heard he was palling around with our old friend and comrade from the Czech Republic and Slovakia, the war/art photographer James Fassinger. OH ALSO we are doing video reports with your day editor starting this afternoon from New York. So, hooray for action!