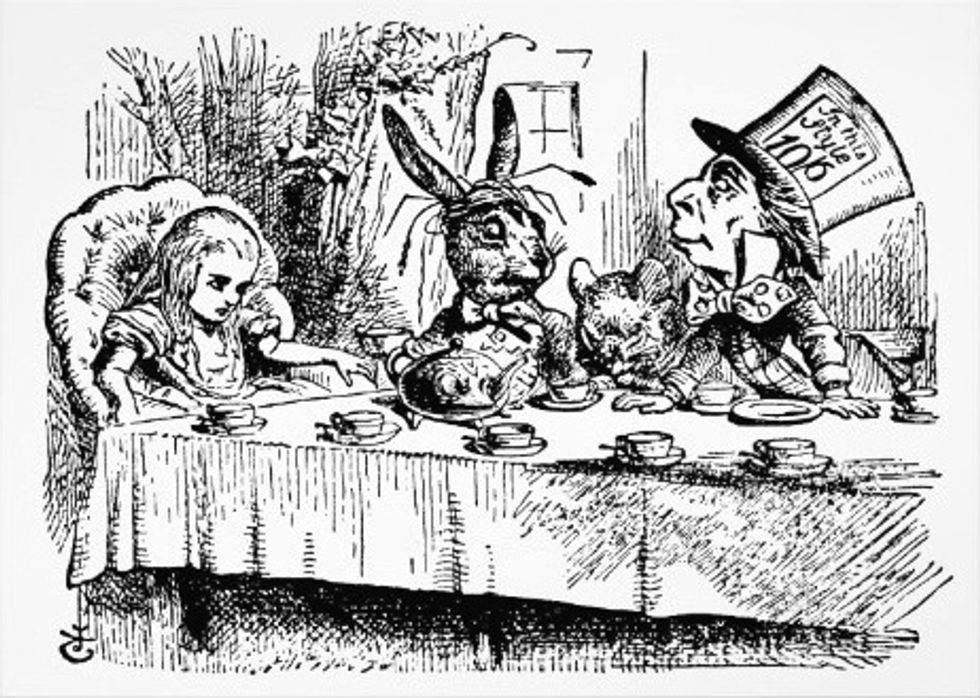 As we all know, the mean old IRS targeted tea party groups in the Worst Scandal Since Watergate (May 2013 edition), and then America was Over for the 768,926th time since January 2009. But here is a thing! Turns out that the IRS also targeted a whole bunch of other groups trying to get a tax subsidy for being political, too! And a whole bunch of the groups that got a close look were, you know, political in ways that really warranted a closer look! Could someone please hand Captain Renault his winnings now?

The Atlantic's Garance Franke-Ruta, in addition to having a name that we suspect was stolen from a character in Dune, has sussed this all out:

Close to a third of the advocacy groups named by the Internal Revenue Service as recipients of special scrutiny during tax-exempt application reviews were liberal or neutral in political outlook, a leading nonpartisan tax newsletter reported after conducting an independent analysis of data released by the agency.

And that's just among the groups that were actually approved for tax-exempt status. The IRS is prohibited by law from releasing information on groups whose applications were rejected. So what liberal/centrist groups got a bit of the hairy eyeball from the IRS?

Non-conservative advocacy groups given special scrutiny by the IRS in or after 2010 included the Coffee Party USA, the alternative to the Tea Party movement that got a bunch of press in 2010, as well as such explicitly progressive groups as the Progressive Leadership Alliance of Nevada;Rebuild the Dream, founded by former Obama administration official Van Jones; and Progressives United Inc., which was founded by former Wisconsin senator Russ Feingold.

Also included in the special scrutiny were Progress Texas and Progress Missouri Inc.;Tie the Knot, which sells bow ties to raise money to promote same-sex marriage; and ProgressNow, which describes itself as "a year-round never-ending progressive campaign."

The targeting also rolled up centrist groups, such as the Across the Aisle Foundation -- the educational and cultural arm of No Labels, which worked to build momentum for an independent ticket for the presidency -- and politically neutral ones, such as The East Hampton Group for Good Government Inc., formed to encourage better leadership and management of the New York vacation town, and the League of Women Voters of Hawaii.

But where are the tears for Obama's systematic oppression of Hawaiian lady voters?

We recognize that "one third" of closely watched groups is smaller than "two thirds." But it is also not a tiny portion. If it were, people making over $200K would not complain about their income tax rates, you think? And of course, we would guess that there were fewer librul political groups seeking tax-exempt status to start with, considering some of the "why don't WE have something like the tea party?" laments at the time.

Oh, and would you be astonished to learn, children, that a whole bunch of those tea party groups -- which were ultimately approved for tax exemptions anyway, and not exactly silenced, remember -- were involved in exactly the kind of campaign-related politicking that the IRS is supposed to scrutinize? OPPRESSION!