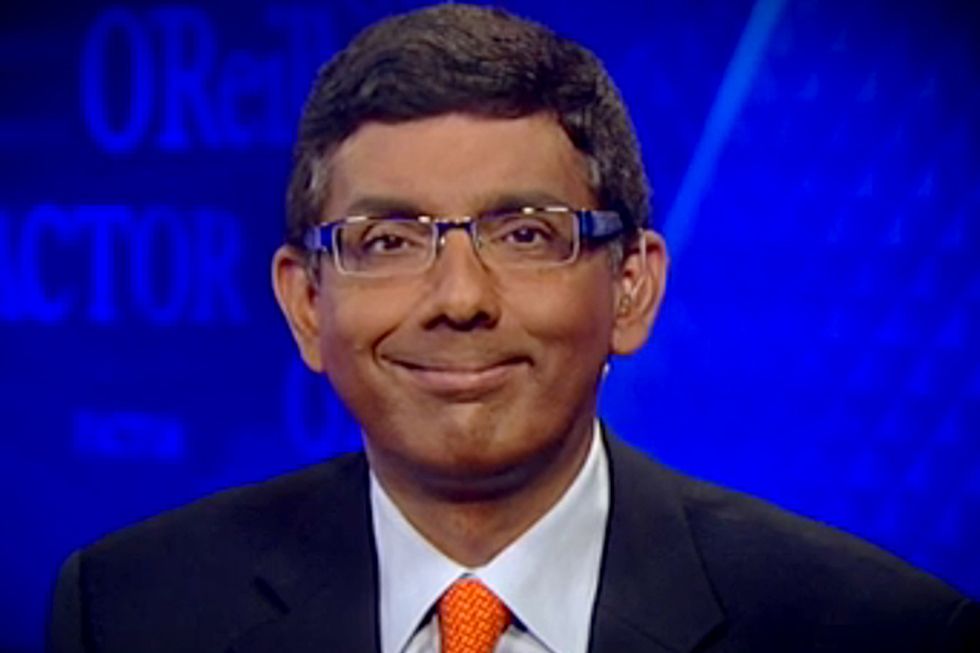 In our post this morning on how Donald Trump is obsessed with the Russia investigation the way a dumb cat is obsessed with laser pointers, we shared Trump's interview with well-paid Fox News idiot Ainsley Earhardt, where he said he lied about maybe having tapes of his conversations with James Comey because he's a SUPER SMART CLEVER GUY who wanted to make sure Comey would be honest when he testified before the Senate Intelligence Committee. Apparently in Trump's head, James Comey is a liar, whereas Donald Trump is a TRUTH SAYER.

Here, let's relive Trump's statement, as it is very smart and definitely in the English language:

Well, I didn’t tape him, you never know what’s happening when you see that the Obama administration and perhaps longer than that, was doing all this unmasking and surveillance and you read all about it and I’ve been reading about it for the last couple of months about the seriousness of the, and horrible situation with surveillance all over the place, and you’ve been hearing the word “unmasking,” a word you probably never heard before. So you never know what’s out there, but I didn’t tape and I don’t have any tape and I didn’t tape, but when he found out that I, that there may be tapes out there, whether it’s governmental tapes or anything else and who knows, I think his story may have changed […] My story didn’t change, my story was always a straight story, my story was always the truth. [...]

Well, uh, it wasn’t very stupid, I can tell you that. He did admit that what I said was right, and if you look further back, before he heard about that, I think maybe he wasn’t admitting that.

And we LAUGHED and LOLed and  GIGGLED and GUFFAWED, because HAHAHAHAHA SHUT UP, ORANGE STUPIDHEAD. We noted that in his testimony, Comey was like "Bitch better have tapes, that's what I say!" On what planet would Comey be intimidated by the barely elected failure-in-chief's tweets?

Know who was actually convinced by what Trump said on Fox News? That's right, it's pathetic convicted felon Dinesh D'Souza, who still clings to his belief that Barack Obama persecuted him and threw him in jail because of the HARD HITTING JOURNALISM MOVIES he made about Obama. That is of course false, because in order to persecute Dinesh, Obama would have to know who he was.

Look at this shit:

Oh, STREET CUNNING, you say? Did he SUCKER HIM REAL GOOD? If that is the kind of STREET CUNNING and SUCKERING that impresses hardened criminal wingnut Dinesh D'Souza, we do not think he learned as much in the hoosegow as he thinks he did.

For the historical record, here's what Comey's original memo about Trump's attempted obstruction of justice said, as reported by the New York Times, BEFORE Trump used his STREET CUNNING to convince Comey to tell the truth:

“I hope you can see your way clear to letting this go, to letting Flynn go,” Mr. Trump told Mr. Comey, according to the memo. “He is a good guy. I hope you can let this go.” Mr. Trump told Mr. Comey that Mr. Flynn had done nothing wrong, according to the memo. Mr. Comey did not say anything to Mr. Trump about curtailing the investigation, replying only: “I agree he is a good guy.” In a statement, the White House denied the version of events in the memo.

And here is what Comey wrote in his opening testimony, AFTER Trump did THUG LIFE STREET CUNNING to him, by lying about the existence of "tapes":

When the door by the grandfather clock closed, and we were alone, the President began by saying, “I want to talk about Mike Flynn.” [...]

Oh but maybe the Trump-adoring tent in Dinesh's panties is talking about how Comey did indeed confirm that he told Trump on several occasions that he wasn't under investigation at the time. (NO LONGER APPLICABLE LOLOLOL.) But that would be weird, because before Trump's STREET CUNNING tweets, Comey hadn't said anything to the contrary, therefore Trump's CLEVER SUCKERING TOUGH BUSINESS GUY tweets accomplished nothing.

OK, we think we've made our point, so here's a Friday afternoon open thread. BYE!

Wonkette has no ads, therefore it is funded by YOU! If you love us, click below to fund us!