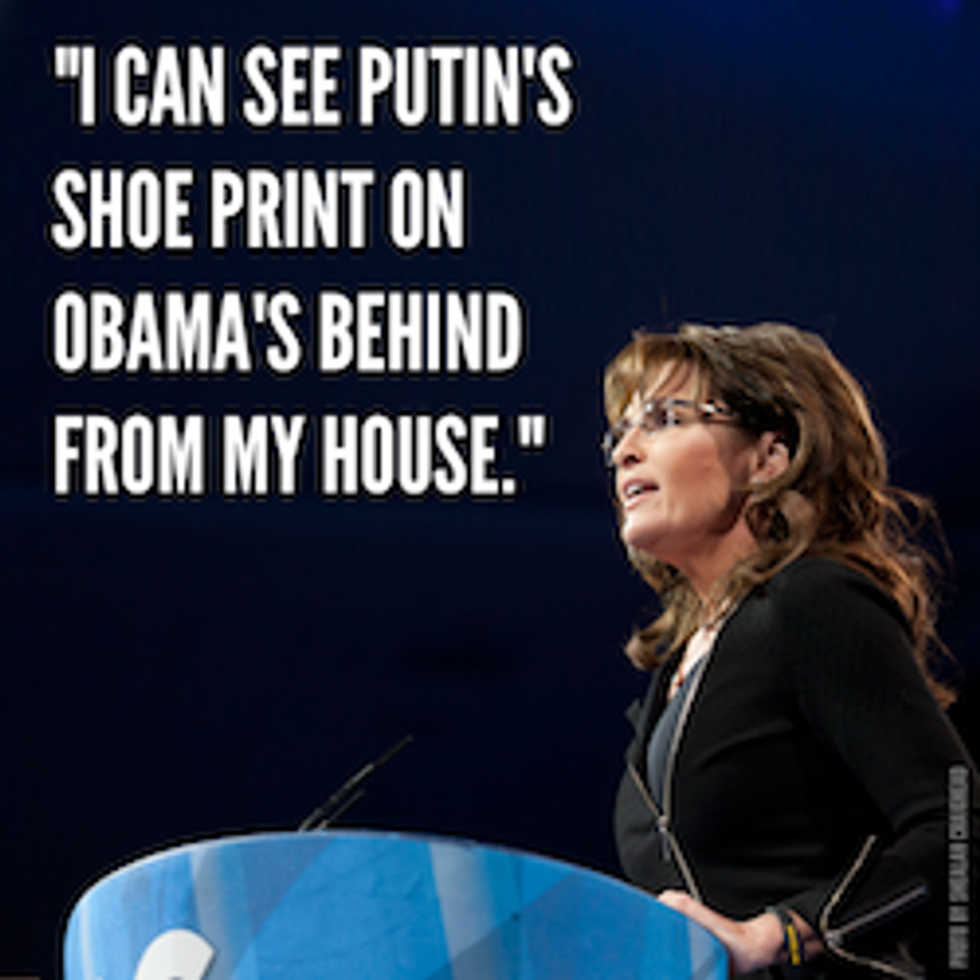 Remember those five seconds back in August of 2008, when fresh new face Sarah Palin was going to save John McCain's flailing presidential run and revive the Republican Party with her legs and her winking and her lipstick? But then a funny thing happened on the way to the White House -- she opened her mouth, and oh lord did the words come out of it, and it was all kinds of horrific. And the whole nation laughed and laughed and laughed even more, and she thought we were laughingwith her, but no, actually, we were laughing AT her, and Saturday Night Live even came back from the dead (very briefly) to join in on the fun and make everyone think Palin said she can see Russia from her house (even though that is not exactly what she said, but pretty close).

Well, it's taken five years, but Palin finally has a comeback, with an assist from Aunt Billie's anonymous but obviously super clever friend!

Thanks to my Aunt Billie in Texas for sending me her friend's clever caption.

HAHAHAHAHAHAHA! Take that, America. She so showed you, with that witty retort. At least, Michelle Malkin's flying monkeys at Twitchy sure think so: