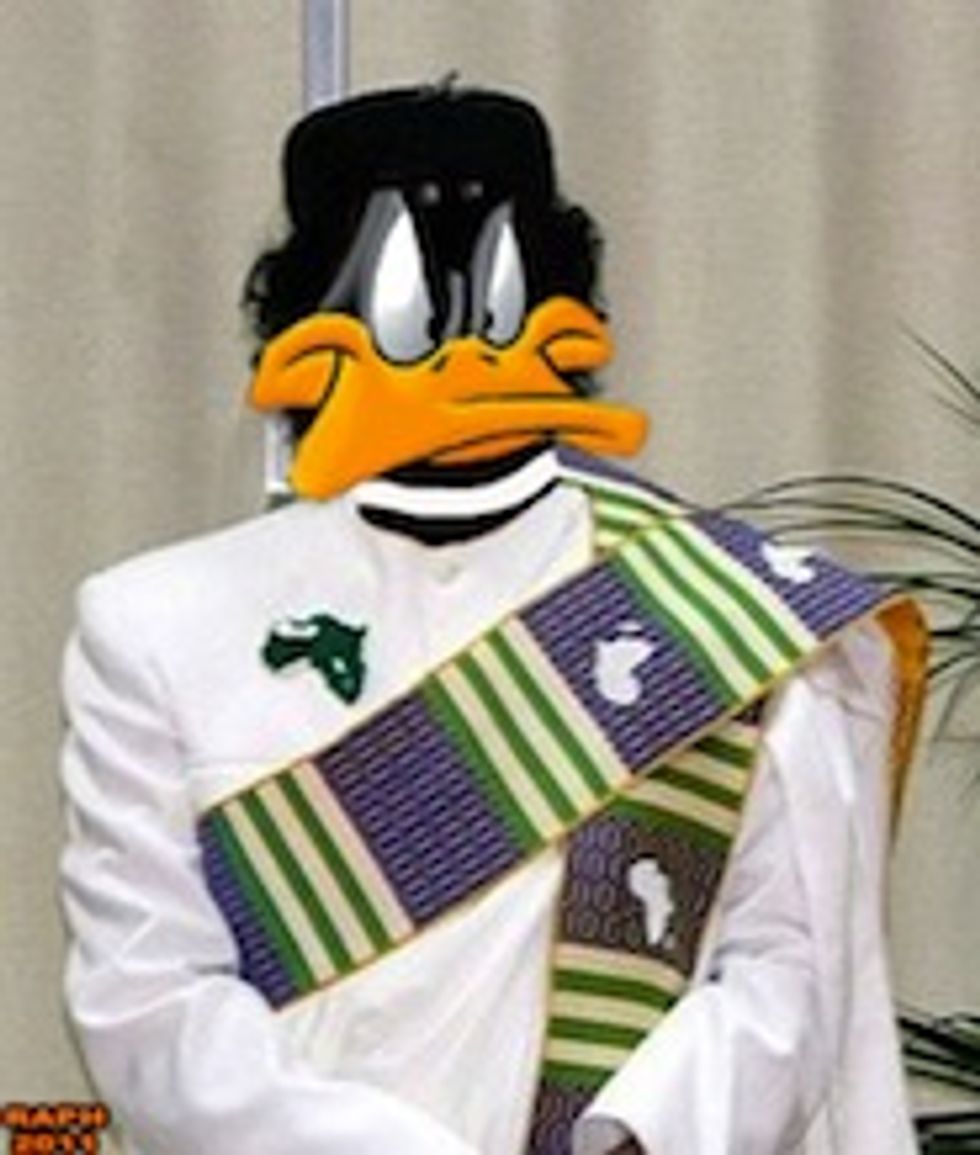 Sorry we forgot to post about America getting into a war with Muammar Gaddafi again. What with the radiation cloud headed across the Pacific from some melting nuclear hellscape and the air strikes on Gaddafi's Libya, we can probably be forgiven for thinking, "Eh, it's just those incredible mushrooms and also that MDMA and probably some peyote from 1986 kicking in, again." Because thelast time our "Reaganesque president" ordered U.S. military action against Libya, it was April 14, 1986. And the last time a distant nuke plant started spewing deadly radioactivity all over the place, it was April 26, 1986. WE WOULD LIKE TO HAVE SOME NEW DISASTERS, LIKE SPACE ALIEN ATTACKS. Jesus christ, do we have to relive the stupid '80s forever? Look at this video, just look at it.