Oh, Yes, We Have The Palin Turkey Massacre Again, Because 'Tradition' 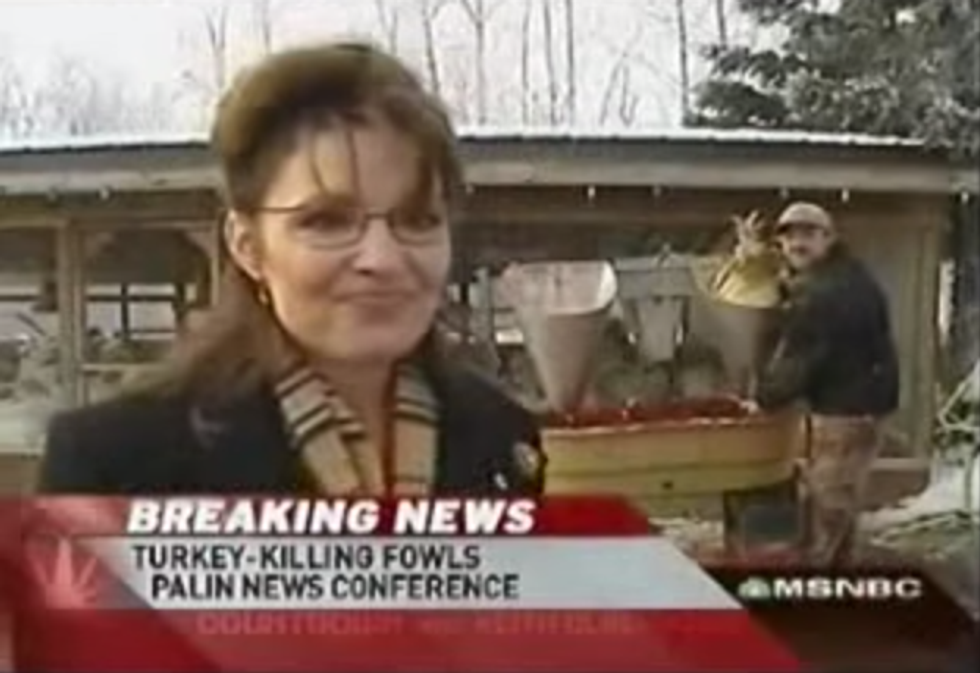 Feeling a bit low this Thanksgiving? A bit like something is just...missing? Could be because you have been waiting, longing, for Wonkette's sort-of-annual Thanksgiving tradition. As a parade is to Macy's, Sarah Palin's interview-cum-turkey-slaughter-horror-show is to Wonkette. And really, what news story is more Wonkette-ish than Sarah Palin yammering on obliviously as turkeys are ground to bits behind her by the most stereotypically gomer-ish guy Alaska could produce?

Your Wonkette began this noble tradition in 2008, with Jim Newell's brief but paradigm-shifting post, in which Jim coined the all too necessary phrase "Sarah Palin/Turkey Grinder Bloodporn." Mindful of our duty to bring you hard-hitting news you can use, we quickly updated Jim's story with additional reporting that the cameraman for the Palin Bloodfest had won many awards! Ken Layne weighed in in 2010 to remind us to never forget the terror and joy of turkey slaughter day.

Who are we kidding? We just really wanted an excuse to post this youtube video again, complete with smug MSNBC anchordude faux-warning you to not watch it when of course you're going to watch it.