Ohio English Teacher Suspended For ... Wait For It ... Writing Novel 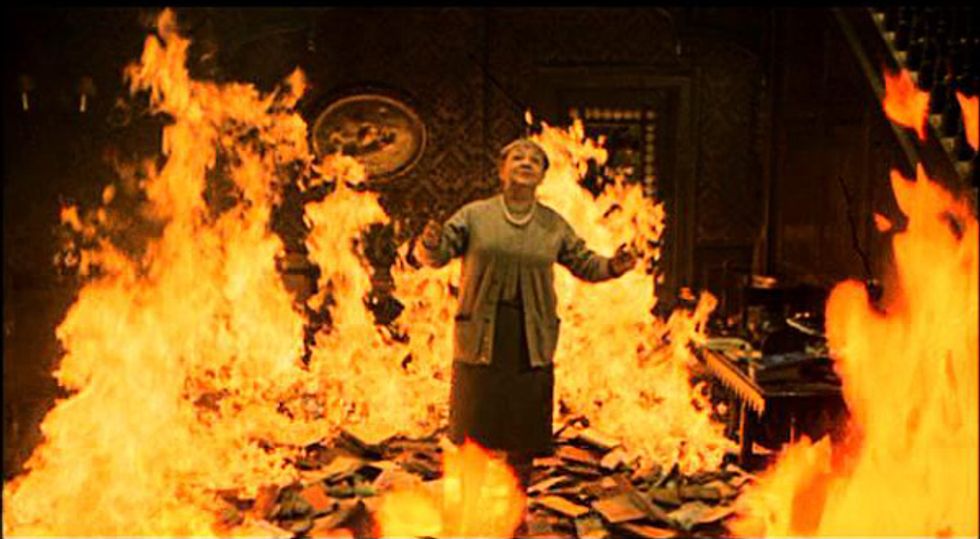 The North Canton City School District takes seriously the shitty, snippy bromide "those who can't do teach" -- so seriously, in fact, that they have suspended a high school English teacher because she wrote a novel. An English teacher writing a novel? Now we have heard everything! But you can kind of see their point: Carol Ann Eastman, writing under the pseudonym Deena Bright, produced a novel where a teacher hassex with people! People who are other teachers, and former students! (Not current students. That would not be legal.) This has led to lots of parents saying "and?" and some other parents screeching their bizarre little faces right off!

Parents complained to the district when they found out about the subject matter of Eastman’s book, and many local parents feel Eastman shouldn’t teach high school English if she also publishes bawdy fiction.

“That’s inappropriate,” opined Sharon Turkall, for example, according to WEWS-TV. “I don’t think I’d write about that whether it was fiction or truth.”

Well, if Sharon Turkall wouldn't write that about, then it just makes sense that no other people in the entire world should be allowed to write about that either.

What other English teachers should have been suspended for writing smutty novels Sharon Turkall does not like?

Your breasts, your knees and feet! I feel that we

Are a bonfire of oneness, me flame flung leaping round you,

You the core of the fire, crept into me.

“Doris Wales was a woman with straw-blond hair whose body appeared to have been dipped in corn oil; then she must have put her dress on, wet. The dress grabbed at all her parts, and plunged and sagged over the gaps in her body; a lover’s line of hickeys, or love bites – ‘love-sucks,’ Franny called them – dotted Doris’s chest and throat like a violent rash; the welts were like wounds from a whip. She wore plum-covered lipstick, some of which was on her teeth, and she said, to Sabrina Jones and me, ‘You want hot-dancin’ music, or slow-neckin’ music? Or both?’

‘Both,’ said Sabrina Jones, without missing a beat, but I felt certain that if the world would stop indulging wars and famines and other perils, it would still be possible for human beings to embarrass each other to death. Our self-destruction might take a little longer that way, but I believe it would be no less complete.”

There those girls were with all their private parts bare, for anybody to see. And there in the doorway were Gluck and Derby and Pilgrim-the childish soldier and the poor old high school teacher and the clown in his toga and silver shoes-staring. The girls screamed. They covered themselves with their hands and turned their backs and so on, and made themselves utterly beautiful.

Whatever. What is far more important is that an English teacher has been busted writing novels, just like this other lady did a year ago, to the exact same reaction:

"She is teaching children that are under the age of 18 and definitely the books that she is writing are adult books. I think she needs to make a decision as to what she wants to do. Either be a school teacher or author," parent Deanna Stepp said.

Wendy Apple said she has a 10th-grade son in Buranich's class.

"Now my son knows so how is he thinking when he's sitting in her class knowing what she does on the side," she said.

Burn her. Burn them all. Then, by all means, turn your attention to that pile of books. What a warm, lovely fire that would be.