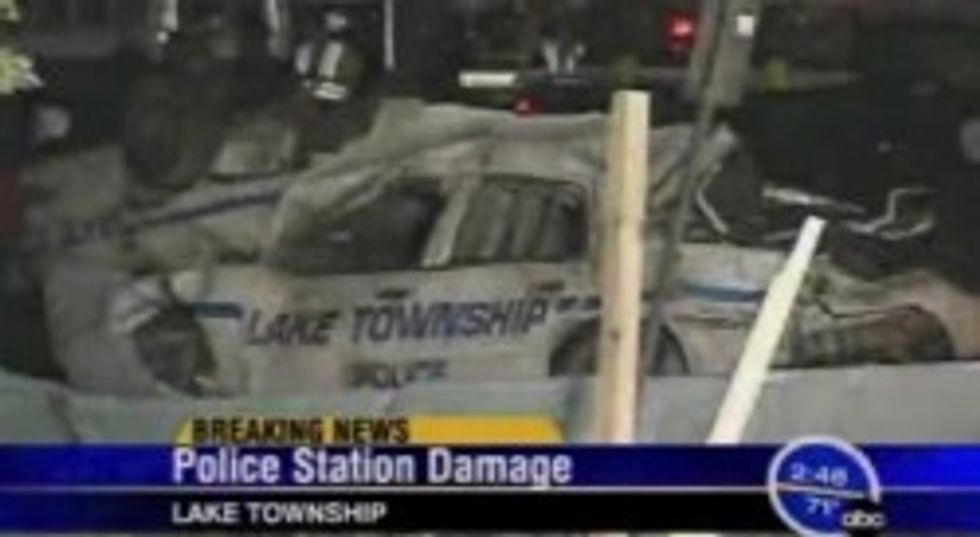 It's not everyday a governor gets the great good fortune to prove his vice-presidential bona fides while also totally boning the citizens of his state, but lucky Ohio Governor John Kasich found just such a marvelous opportunity after five tornadoes ripped through the Rust Belt, leaving three Ohioans dead (out of the region's 39, so far) and untold billions in property damage. While the Communists of Kentucky and Indiana were only too happy to go groveling to President Food Stamps for their Dependency Hand-Outs (Ameros), Kasich knows a fucking valuable thing when he sees it, and in this case that fucking valuable thing is putting Ohio's future where his veep ambitions are andturning down any federal aid for his ravaged state because earmarks?

Kasich did not rule out asking for assistance later, but his decision means tornado-ravaged towns in Ohio will not get federal aid now and are not eligible at this time for potentially millions of dollars in payments and loans.

Millions of dollars in payments and loans are nothing of course compared to the honor Ohioans will feel once their erstwhile governor is going to funerals for a living, as President Gingrich's trusted envoy, on the moon.