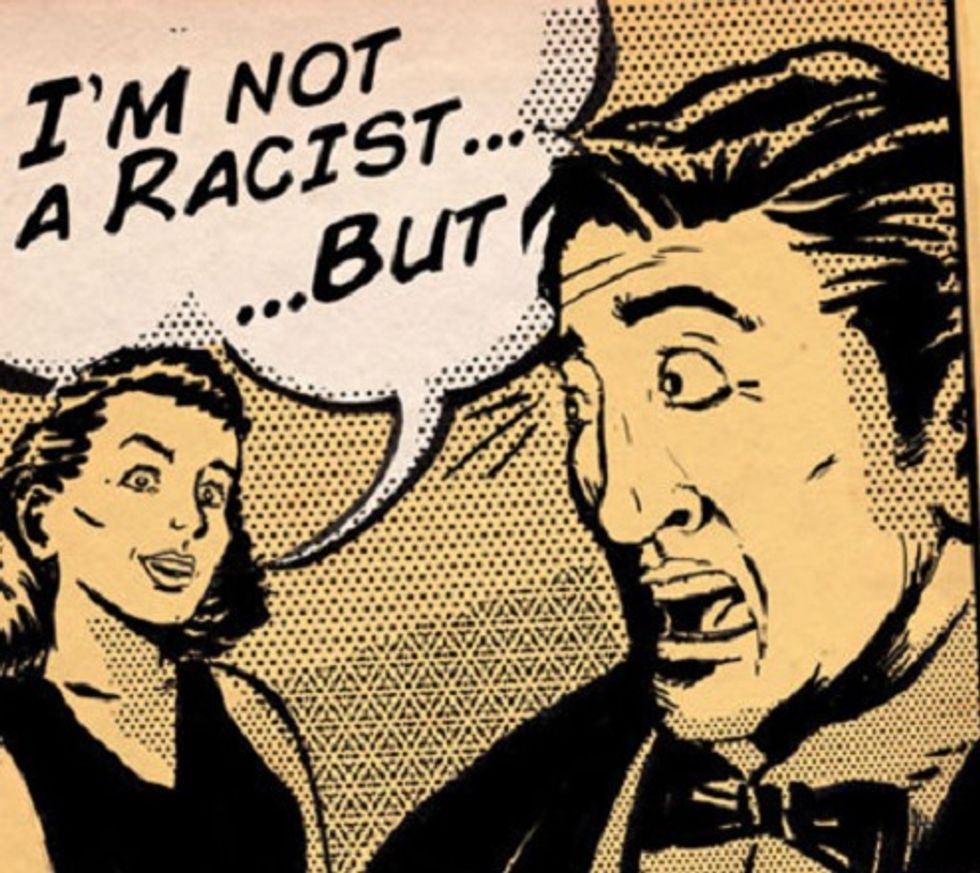 This will probably come as a big surprise to regular readers of the Wonkette: A minor Republican elected official has gotten himself in the news forsending a racist email joke! Yes, it is astonishing, we know. This time around, it's Norwalk, Ohio city council member Bob Carleton, who sent this hilarious satire on modern education to a whole bunch of people in December, for the lulz:

White dude sit nex to me is McGee from Jaxon Mizipy. He got a 94% on the text but no extra points on acount of he have the same skin color as the opressirs of 150 years ago. Granny ax me to thank all dimocrafts and liberuls for suportin afermative axion. You be showin da way to true eqwallity.

I be gittin in medical skool nex an mabe I be yo doctor since Barrac takn over da healfcare in dis contry.

It is humorous, because The Blacks sure have funny names! Also your Spanishes.

Now, you probably think that the next step in this story will be a non-apology-apology of the "Sorry if anyone was offended" variety, but that's where Mr. Carleton, 71, has so far defied expectations. When asked about it by the Sandusky Register, Carleton thought it over carefully and said,

“In hindsight, I can see how it can be interpreted as racist … but that wasn’t my intent when I sent it. I thought it was humorous.”

You know, with some interpretation, if you look at it from just the right angle, maybe it could be interpreted as racist. But come on, it is primarily just funny, isn't it? And a hilarious satire on absolutely real education policy and the oppression of white people, too.

Norwalk Mayor Rob Duncan said, "This is nothing that we would condone or endorse," but added that there's nothing he can do about it, since Carleton "is technically not part of the administration. He is part of city council so we really don’t have authority over council." So it's totally out of his hands, and far be it from the Mayor to find too much fault with Carleton:

"I think I know Bob well enough and I don't think he would do anything malicious and intentional. But I think the content is unacceptable."

But not sent, you know, in any intentional or malicious way. More just that accidental kind of unacceptable racism, like when the help overhear you reading the email aloud and laughing at it.

In any case, just to be on the safe side, Mayor Duncan sent out a memo reminding city officials to please not send out racist emails anymore. Swift action taken, problem solved. Besides, The Blacks only make up 1.9% of Norwalk's population, so at most this was offensive only to a bit over 300 people, most of whom probably can't read anyway because of the public schools, haw haw haw. Besides, if anybody's racist, it's the people who would disparage a nice old man on the city council who never meant to offend anyone, and who probably has several very good black friends who thought the email was hilarious.