OMG, Michigan, Can You Stop Being Awful For Like Five Seconds? 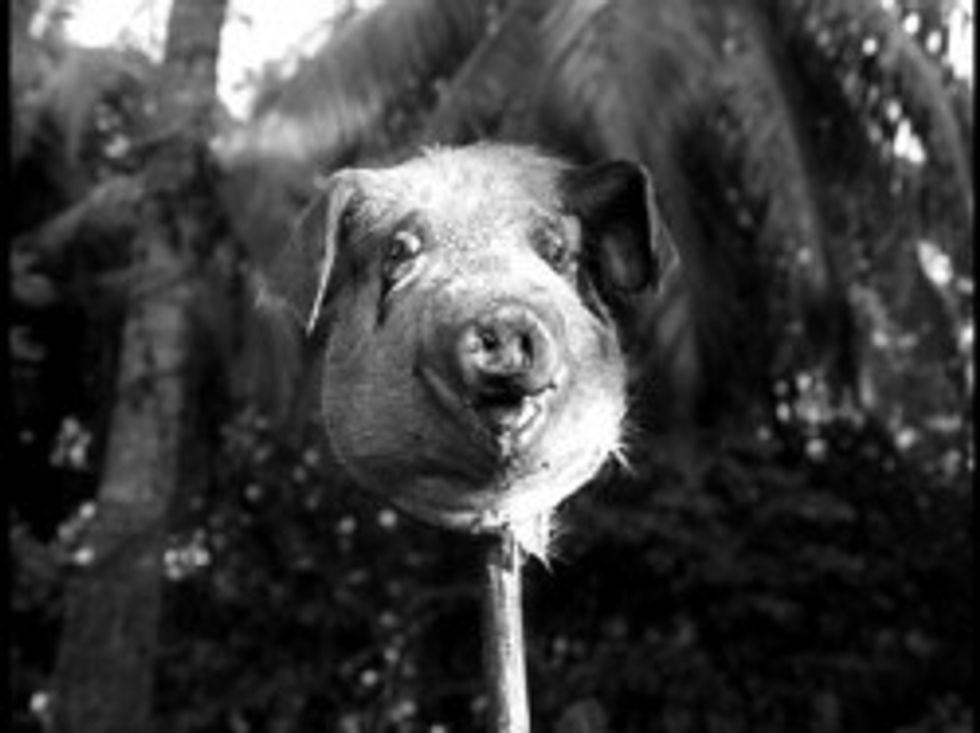 Between thegay-hating paranoid that is the mayor of Troy, the vagina-hating legislature banning the word vagina (but not cunt), and this guy, Michigan has very clearly spent this past week trying to make Mississippi look tolerant and Arizona look progressive.

The Great Lakes State isn't even done yet because this is happening:

Tensions flared Friday evening at the annual Arab International Festival in Dearborn as members of a Christian missionary group taunted Arab-Americans with a pig’s head and signs that promoted hatred of Islam.

“You’re gonna burn in hell,” one Christian missionary shouted at a group of young Arab-American boys listening to him speak on Warren Avenue, where the festival takes place. The festival continues today in Dearborn, but the group of missionaries with the hateful signs and pig’s head won’t be there because they’ll be protesting a gay festival in Ohio, said Arab Festival organizers.

For what it's worth the Arab Festival is a standard middle America street carnival with a couple rides, moderately rigged midway games, and fried dough sold in units of tickets that (for no good reason) must be purchased at a different stand. Since it's an Arab festival, it does attract local Arab Muslims. It's also attended by metro Detroit's Christian Arab population who, like their Muslim brethren and every other decent human being on the planet, probably don't want their summer family carnival marred by assholes playing Lord of the Flies.

This thing is so Americana that last year the CIA set up a recruiting booth. You know, because our national security apparatus might better protect us if people working for them speak the language and understand the culture of people who are our enemies.

How can we as a nation convince a (largely immigrant) ethnic population that America is their friend and they should help the government hunt down and kill the same Medieval fundamentalists that motivated many Arabs to immigrate here in the first place? Oh, here's an idea: Let's have some  homegrown real 'Merican Medieval fundamentalists ruin a perfectly innocent, Mayberry-like street carnival.