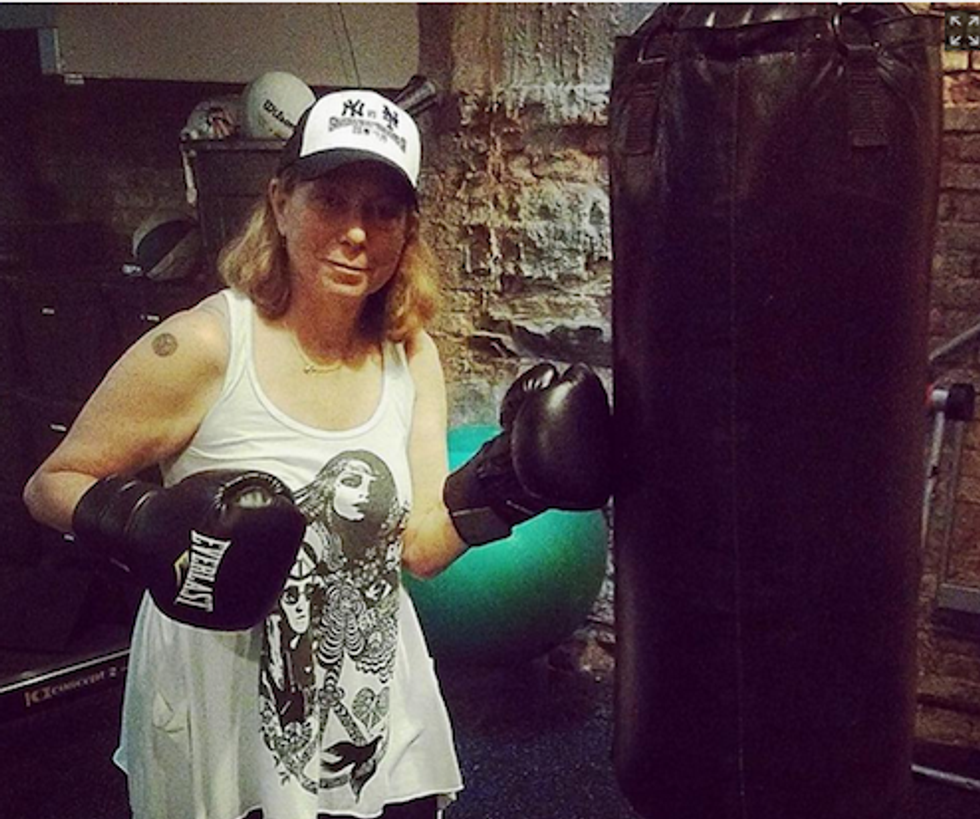 The New York Times -- the august pinnacle of American journalism and beginning headlines with prepositional phrases -- has experienced a sad tsuris this week, asa bunch of mouthy broads started giving it a rash of shit just because it fired its top editor, and first woman in the role, in a manner usually reserved for the ex-girlfriends of Kim Jong Un.

But it got more shit -- demonstrably worse shit, in effect a scalding boiling stinking river of gastrointestinal distress -- last night, as the New Yorker's Ken Auletta printed some cold hard numbers a little birdie gave him.

First the Times let its own reporters hang out their asses by repeating to them the seeming untruth that Jill Abramson's pay was "comparable" to not only her predecessors in various posts at the paper but her own deputy, who in fact earned more than she; the reporters were reduced to interviewing Ken Auletta about his assertions that Abramson complaining about her pay gap was a contributing factor in her firing. Then a Times spokeswoman "conceded" to Mr. Auletta that Ms. Abramson's lawyering up was seen as too testicular during a time when her bosses were already in a spot of bother over her unladylike ways.

The Times spokeswoman immediately denied having "conceded" anything. She does not seem to have been fired yet. When she is, complaining about her pay will presumably not have been a contributing factor*.

Abramson’s attempt to raise the salary issue at a time when tempers were already frayed seemed wrongheaded to Sulzberger and Thompson, both on its merits and in terms of her approach. Bringing in a lawyer, in particular, seems to have struck them as especially combative. Eileen Murphy, a spokeswoman for the Times, argued that there was no real compensation gap, but conceded to me that “this incident was a contributing factor” to the firing of Abramson, because “it was part of a pattern.” (Update: Murphy wrote to me after this post went up to dispute this. Her quote is accurate and in context, as I’ve confirmed in my notes. However, she now e-mails: “I said to you that the issue of bringing a lawyer in was part of a pattern that caused frustration. I NEVER said that it was part of a pattern that led to her firing because that is just not true.”)

Not only is it obviously just not true, since the Times says so, but if it were true, it would be actionable. Let us watch Mr. Auletta loop his noose just so:

Clearly, Abramson believed that her pay was not the same as that of her male counterparts, and that she had good reason to be difficult. That’s why she hired a lawyer to discuss this with the Times. On Thursday, though, Sulzberger said, in a memo to the staff, that this was “misinformation”:

Let’s look at some numbers I’ve been given: As executive editor, Abramson’s starting salary in 2011 was $475,000, compared to Keller’s salary that year, $559,000. Her salary was raised to $503,000, and—only after she protested—was raised again to $525,000. She learned that her salary as managing editor, $398,000, was less than that of the male managing editor for news operations, John Geddes. She also learned that her salary as Washington bureau chief, from 2000 to 2003, was a hundred thousand dollars less than that of her successor in that position, Phil Taubman. (Murphy would say only that Abramson’s compensation was “broadly comparable” to that of Taubman and Geddes.)

And that's when the internet went, in the current vernacular, hog fucking wild.

While much of Twitter's really quite inappropriate bile was aimed at New York Times executives for their acting, seemingly, like complete fucking shitbirds, a hefty dose was reserved for unlucky Politico media reporter Dylan Byers, who had broken a host of laws against smugness in his insistence on uncritically repeating everything told him by Times brass.

The above was retweeted with ill-concealed glee roughly one undecillion times. When Politico followed up -- many hours later -- with a post about Mr. Auletta's numbers, the story was written not by Byers but by Hadas Gold.

We have not contacted Politico to determine the career future of Mr. Byers. We assume Mr. Auletta has better sources anyway.

*Stoled from your compadre Rudy Reber.