'On It Like a Muslin In a Mosque Woop' 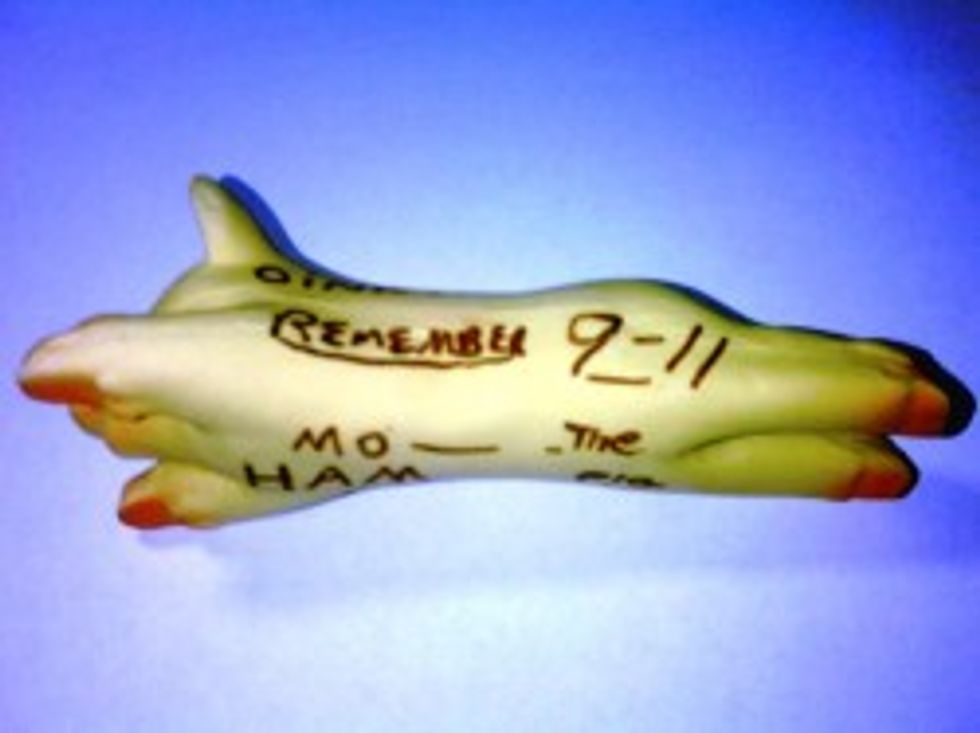 With anti-muslin hatred spreading likethunderous bedbugs across our great nation, Burn Yer Queeran could become a daily feature! Indeed, accessorizing one's criminal record with a hate-crime conviction is shaping to be the hottest fall fashion trend in America. This is what happens when a great nation and its people can no longer afford to purchase cute jewelry. Good thing hate-pigs are so cheap these days.

Well, now it's time for  your Wonkette to go to 7-Eleven and build a little mosque out of some Slim Jims and Big Gulp cups. Until next time. [KTXL TV/UPI/New York Times/Newsweek]