On Scale Of One To Margaret Thatcher, How Mean Is England's New Lady Prime Minister? 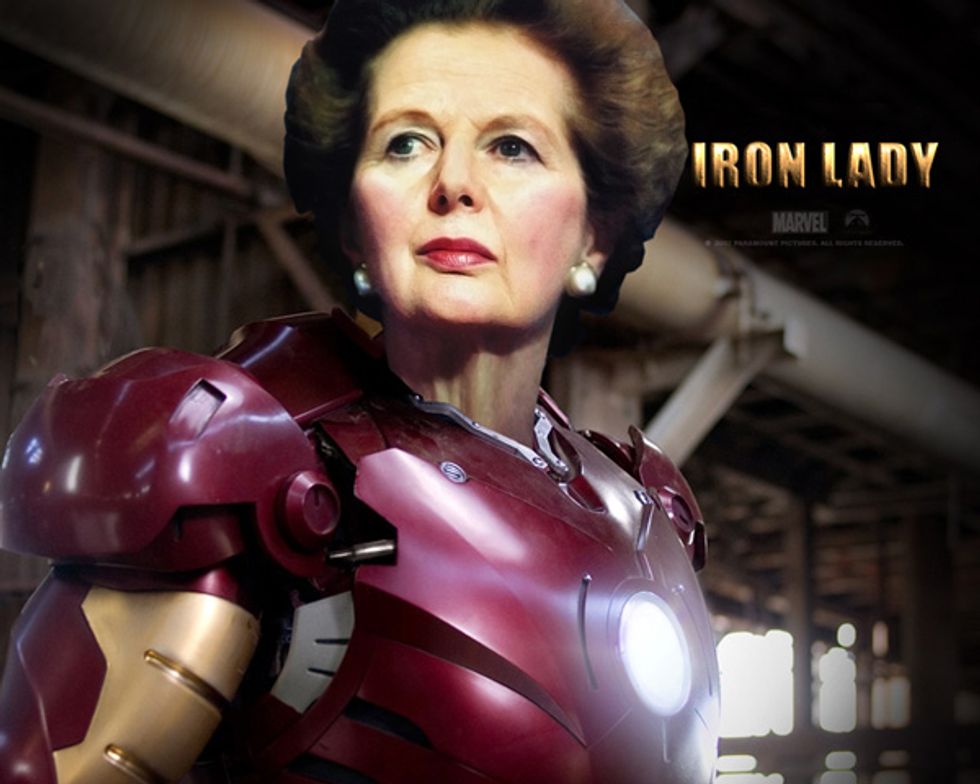 Another reboot from the '80s happened this week, as Great Britain's ruling Conservative Party leadership fight appears to have been won by a lady! That is expected to make Theresa May, the current home secretary, Britain's first female prime minister since Margaret Thatcher stepped down in 1990. That is a long time ago!

May beat out three other Tory candidates (Tories and Conservatives are the same thing, numbnuts!), including a lady one, to be the person who has to explain to Queen Elizabeth how her party is probably going to lose large chunks of Liz's kingdom. And she has to figure out how to handle the idiotic Brexit catastrophe the current Tory prime minister, David Cameron, created before announcing he was resigning in disgrace.

Like Cameron, May opposed Brexit but didn't do much to discourage the other members of her party who favored it. That included her three main rivals, who one by one stabbed each other in the back or imploded, leaving May the last lady standing.

That all sounds worthy of the famously tough Thatcher. So how Thatcher is May, anyway?

Not that Thatchery, it seems, except in terms of being a 50-ish Tory lady with helmet hair. They're both bipedal, female mammals, and both from middle-class backgrounds. May's grandmothers were both servants (!) at some point, and Thatcher was famously a grocer's daughter. Both studied at Oxford University.

And, blah, blah, May worked in banking, and there's a bunch of stuff about losing parliamentary races, and then winning one, and wow. She is super dull. The most interesting thing anyone says about her is that she is famous for wearing leopard-print kitten heels, which is not nothing.

As the minister in charge of the Home Office (think Department of Homeland Security), May was criticized for not decreasing immigration fast enough, and flirted with the barest whiff of controversy by investigating Muslim sharia councils in Britain. Even this seems fairly reasonable, as the investigation is headed by Muslim legal experts, and focuses on whether the councils are mistreating women in marriage and divorce cases.

Compare that to Real Thatcher™, and it's some thin, watery stuff. Not only did Thatcher transform Britain almost overnight from a struggling manufacturing economy to a dual economy of bankers and unemployed blokes, but she said LOTS of super mean things along the way!

Thatcher also fought a war over some sheep islands, but yr Major Major is personally OK with that; the Argentinean junta who wanted to shanghai the Falkland Islanders had it coming. Self determination, wot?

The main thing, though, was that LOTS of Britons hated her guts, and celebrated her death. So can May live up to that legacy? Will the banker lady go mad with power once she moves into 10 Downing Street? Can we get a new poll tax, or smash up Britain's educational system for no good reason? Can we AT LEAST take milk away from babbies?

We can only hope, because post-Brexit Britain is going to be pretty darn lame without a Bond villain running it.