On Second Thought, Slavery-Themed Golden Globes Party Probably Not Such A Great Idea 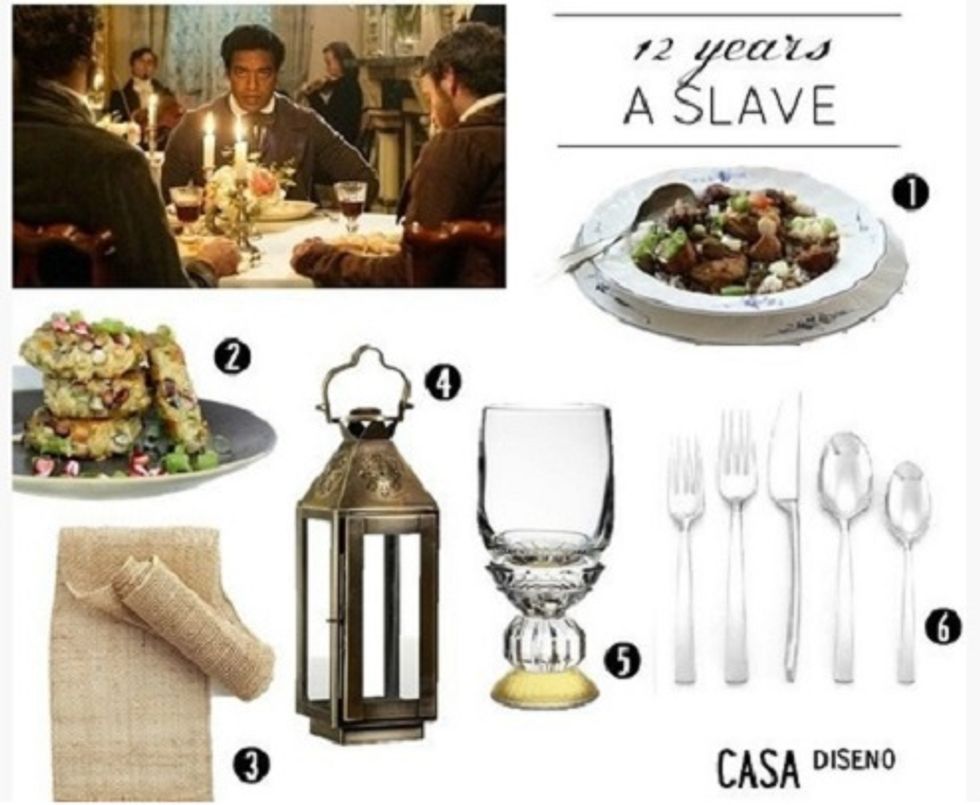 Yr Doktor Zoom will be the first to admit that we pretty muchdo not get the very idea of "fine entertaining," where you have a whole theme to your dinner party, with matching decorations and food that relates to that theme -- here is your "Lost Generation" cocktail, a napkin with a Gertrude Stein poem on it, served in a handcrafted replica of Zelda Fitzgerald's left shoe, that kind of thing. We do well to clear enough junk mail and electronic detritus (what device does this power cord even go to?) off the table to make room for a couple of plates (hahaha, "plates").

So we are not likely to make use of any of the lovely Golden Globes party themes suggested at Casa Diseno, the "online resource that demystifies the home." But you have to give them some credit for finding some collections of elegant crap plus recipes plus cocktails that somehow relate to nominated films like American Hustle and "The Wolf On Wall Street" [sic]. Of course, after more than a few complaints -- probably from people who are still mystified by the home -- the article quietly removed a third layout, a theme for 12 Years A Slave, with lovely old lamps and ummm... burlap napkins?

As a lot of people took to the Twitterwebs to point out, the movie is kind of about slavery, you know? There's maybe something tacky about a slavery-themed party, just maybe, although that lesson keeps getting lost on frat boys and Republicans. And no, the fact that the theme was created by a black woman, Casa Diseno creative director Tanvier Peart, doesn't help -- although we're looking forward to the inevitable "silenced by political correctness" laments from the usual suspects on that count.

Following the Tweetrage, Peart patiently explained in a now-vanished tweet, that there was no reason to be offended, because movies, silly:

The point of the article was to highlight acclaimed films that have received a ton of nominations.

A bit later, in a now-also-deleted series of tweets, she said that she was absolutely not "trying to Paula Deen at the dinner table." In fact, she was merely "happy to see a black film earn so much recognition that I focused more on that celebration than the obvious." But she acknowledged that she saw the point of the complaints, and that she'd removed that part of the post. PR Disaster OVER, people.

If anything, we wish she'd actually challenged herself and put together a theme to celebrate Gravity, complete with flying harnesses, dehydrated meals, and astronaut diapers for all.