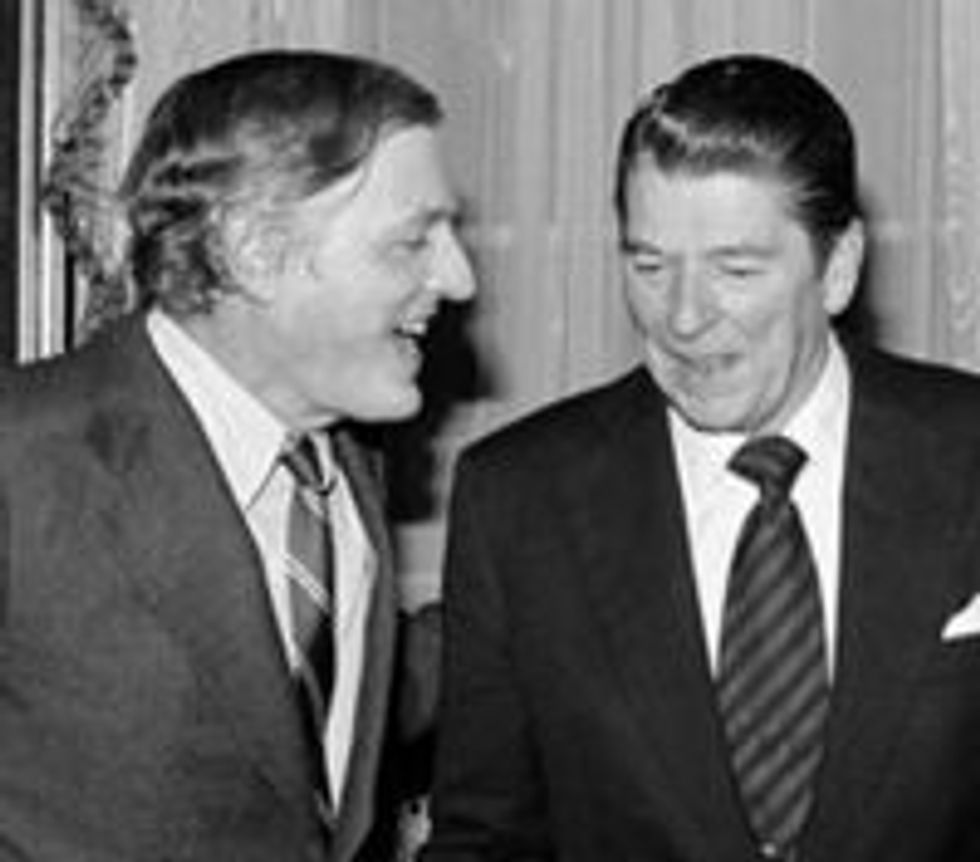 Dead William F. Buckley Jr. has penned a RATHER RIBALD essay for Kathryn Jean Lopez'sNational Review magazine about the year 1976, when the Buckley plutocrats invited the Reagan plutocrats to their 2,000-year-old chateau, "Great Elm," in Connecticut colony, for the annual Thanksgiving bank holiday. Then! Drama! "...Ron Jr., in his first semester at Yale, had decided to quit college — more or less immediately. I expressed doubt that he was having academic problems, which indeed he was not, and his parents brought me to the heart of the matter. What moved him was a voracious desire to dance professionally." Grandmother must never hear of this, she would be most dismayed! Later: "Ronald Reagan was as determined to subject his son to poverty as Ron Jr. was to live in it." And that's when dead W.F. Buckley knew that Ronald Reagan had fathered a Welfare Queen, the end. [National Review]