ONE VOTE, ASSHOLES! ONE VOTE! 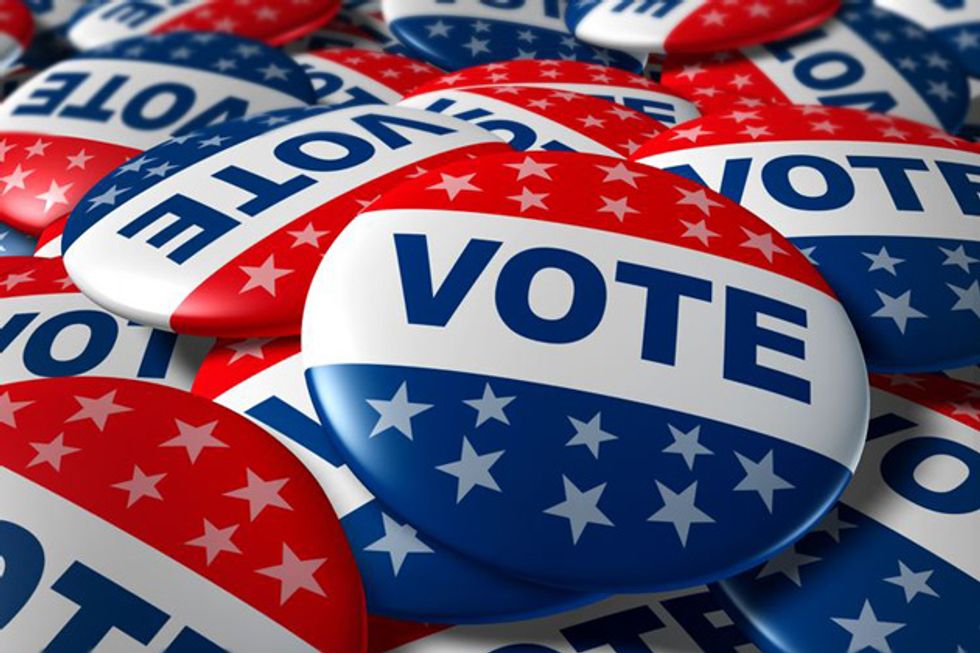 DO WHAT THE BUTTONS SAY

Recounts happened Tuesday in the elections for the Virginia House of Delegates! Remember how nobody ever thought the Democrats could retake control of that body, everything was (and is) so gerrymandered to fuck, but then all of a sudden WHOA HOLY SHIT DEMOCRATIC WAVE, TRANSGENDER LADY STOLE SEAT OF BIGGEST TRANSPHOBIC ASSHOLE IN THE WHOLE STATE AND A MILLION OTHER DEMOCRATS WON ALSO TOO? Because of said gerrymandering, control of the body hung in the balance, even though Democrats beat Republicans by 10 points overall among votes cast in those elections. This is fucked up, and it's also how things are in the United States House of Representatives and in a bunch of other states.

That alone is a good enough reason for Democrats to NEVER MISS AN ELECTION AGAIN, so we can be the ones holding the pen next time it's time to draw lines. (And we will draw them FAIRLY and the GOP will bitch and moan because FAIRLY has a WELL-KNOWN LIBERAL BIAS.)

Another real good reason to never miss an election again is that it appears Republicans have lost their majority in the Virginia House of Delegates by ONE VOTE after today's recounts:

A Republican seat flipped Democratic in a wild recount Tuesday - with the Democrat winning by a single vote - creating a rare 50-50 tie between the parties in the House of Delegates and refashioning the political landscape in Richmond.

Democrat Shelly Simonds emerged from the recount as the apparent winner in the 94th District of the House of Delegates, seizing the seat from Republican incumbent David Yancey. A three-judge panel still must certify the results, an event scheduled for Wednesday.

Of the 23,866 votes cast in the Newport News district on Election Day, Yancey held a tenuous lead of just 10 votes going into Tuesday’s recount. [...]

Oh, is your armpit planning to itch on election day?

Oh, are you gonna get stuck in the drive-thru getting a Big Mac to put directly inside your bottom and forget to make it to the polls?

Oh, but were you thinking the Democrat running for "Thing" isn't perfect according to your standards, so it doesn't really matter if some GOP sexual predator wins "Thing," because they are all the same anyway?

Oh, but were you busy reading the Wonkette open thread and drinking booze and putting cat .gifs in the comments section?

That's fine, it's not election day. BUT WHEN IT IS, WE SWEAR TO GOD.