One Word For Ralph Nader: Jackass 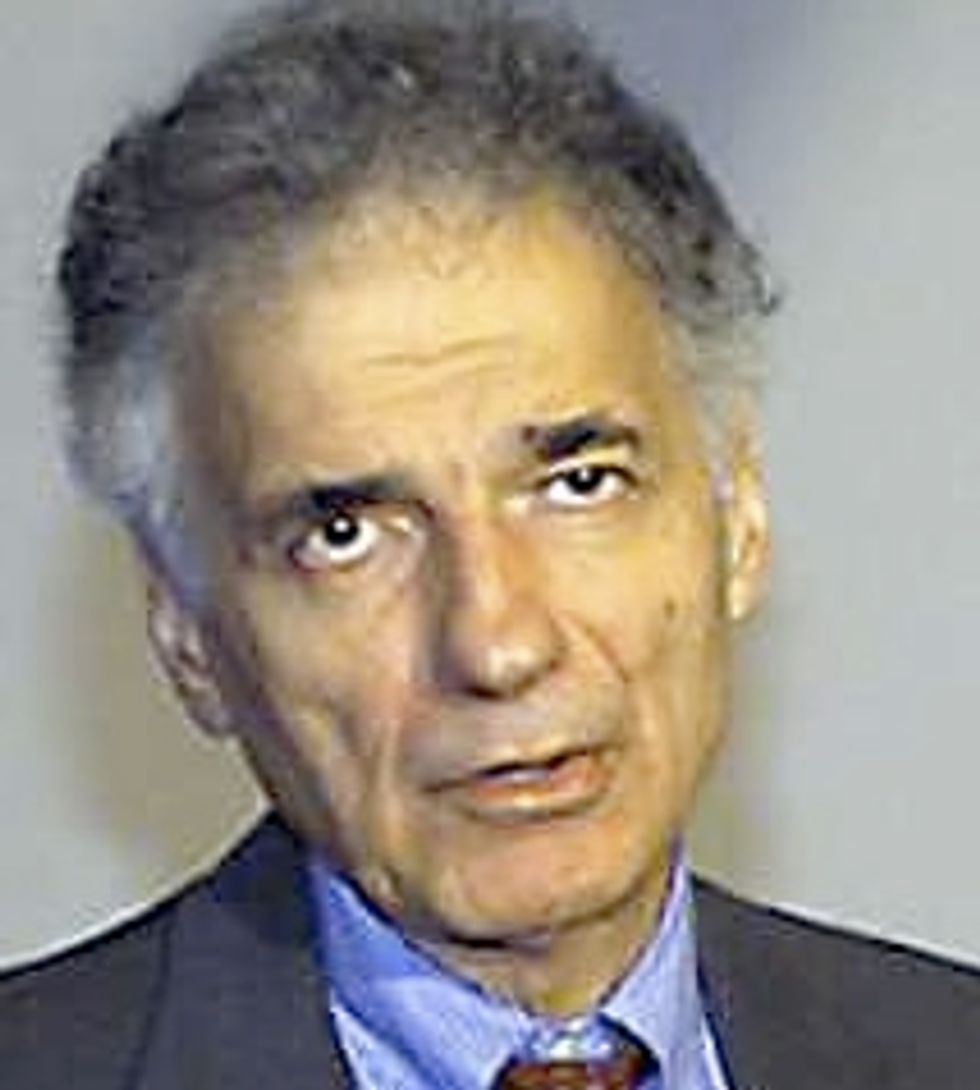 Who is the most temperamental, childish, stunt-driven candidate in the 2008 election? If you answered WALNUTS!, you're close, but you are still wrong. The answer is Ralph Nader, who, coincidentally, also has theworst hummus recipe of any candidate for high public office. Today Nader held a press conference and refused to supply more than a one-word answer to every question. This was a "statement," apparently, on the "sound-byte nature of election coverage."

How old is this sullen idiot, ten?

What is your opinion of Obama? "Clever."

What is your opinion of Palin? "Developing."

How much money did you raise for your campaign? "Insufficient."

Why do you keep running for president? "Justice."

Will you be elected president? "No."

In Phase I of the Obama Regime, Ralph Nader will be apprenticed to Joe the Plumber and forced to soak his head in a toilet until he agrees to STOP THIS NONSENSE of running for president every four years.