Only Fun Nice Posts For Your Post-Election Weekly Top Ten! 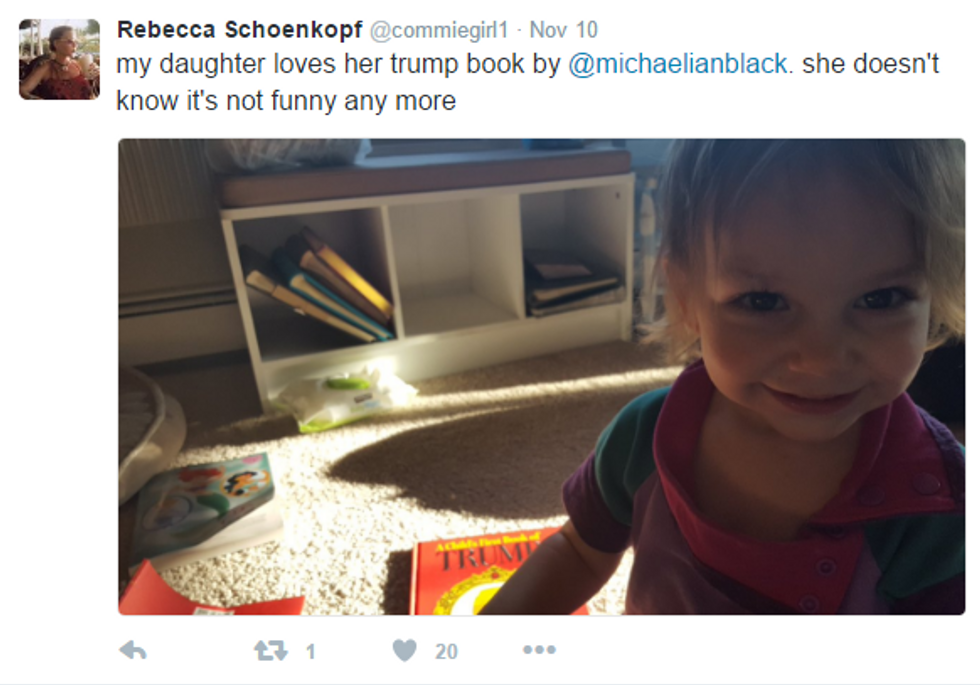 Evan is off this weekend, as is "Beyonce," who usually chooses our Top Ten posts for us in a secret way that Evan forgot to share with us! So this week's Top Ten will simply be the most read stories, which are depressing AF so we will maybe add some nice ones to it. Ready? Here we go!

1. GO FUCK YOURSELF AMERICA. See, it's a fun nice post and has the added option of letting you buy a fun nice T-shirt or tote bag that will not immediately get you thrown into airline jail! (Yes it will.)

2. Donald Trump So Mad Colorado Fire Marshall Let Him Die In A Fire. This old post got linked to by German Google or something, we think just for the picture, which wasn't even ours in the first place, but we'll take it!

3. Liveblogging Hillary Clinton Schlonging Donald Trump (Hopefully) and the other liveblog, we will put those both here. They were not that fun a time, actually! WHO KNEW!

4. Wikileaks Pretty Sure Hillary Is A Child Sex Trafficker Now, It Is Just Obvious. Everyone knows that.

6. Trump-Loving White Guy Calls Black Dude 'N*gger' For Four Solid Minutes. Time To Vote!Welcome to the new normal. STRIKE THAT. We will NOT LET IT BE the new normal, EVER.

8. Who Are You Going To Believe About Obama Screaming At A Protester, Trump Or Your Lying Eyes? The thing that made Charlie Pierce finally explode his own braincase. YOU CAN SEE THE VIDEO. TRUMP DOES NOT CARE ABOUT THE VIDEO. CHARLIE PIERCE'S BRAIN IS PUDDING NOW. LOOK WHAT YOU DID TO POOR CHARLIE PIERCE. Ninth was Barack Obama Gonna Show You All How A Real President Deals With Dumbass Trump Supporters, so we're gonna add that right here because they are really the same thing.

9. Dear James Comey, A Nice Thing To Do Today Would Be To Go Fuck Yourself. See? We told you there would be nice stories.

10. You Know Who We Forgot To Yell At? White Women, Who Can Fuck Right Off. See? EVEN NICER!

And there you have it! Before we get to some BABY PICTURES, we want you to do a thing, and it's actually important. Donald Trump is about to take a steaming poop on the Paris Agreement for climate change. We were about to have half a billion new solar panels under Hillary Clinton. So let's all go sign up NOW for alternate energy from our friends at Arcadia Power. You can have them offset half your monthly energy to the grid with wind or solar FOR FREE, or for a few bucks a month, you can pay them to offset all your energy use. Will Wonkette get a few ameros if you sign up? Yes, and that's not why we're doing it, even though we do love money, and you could give us some if you wanted. No, the important thing is getting wind and solar to dominate America's energy landscape. Your kids need this, and our kids need this. Here, have our kids.