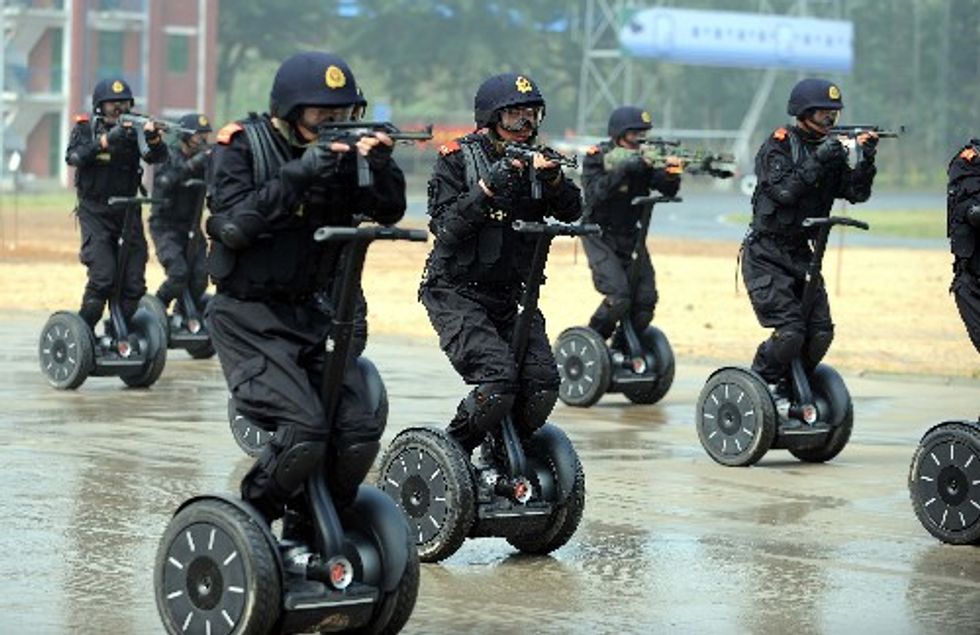 Here's a story that easily could have turned out awful but is ultimately nice time, though not for lack of trying! Near Grimes, Iowa, two Polk County deputies successfully stopped a car that had been weaving all over the road, but while trying to get to the driver, who was incapacitated due to a medical emergency, one of the deputiesaccidentally fired his gun into the car's passenger-side door. Nobody was injured, because dumb luck.

A local 911 dispatcher received a call from another driver Sunday evening, who described a Pontiac driving erratically and speeding:

“He’s over the yellow line again, going towards the median, and he’s over in the center line now and we’re going towards a bridge,” the driver told dispatchers. “Oh, he was swerving towards the bridge and I thought he was going to hit it.”

After the car veered across a median and into oncoming traffic, two deputies finally managed to position their cars in front of and behind the Pontiac, bringing it to a stop. After they realized the driver was incapacitated, they broke out the front windows with batons -- unfortunately, reserve Deputy Troy Cline accidentally discharged his gun, which he was holding in his left hand, as he was putting his baton back on his Utility Belt -- this sort of thing used to happen all the time to Batman and Robin. Just another accidental gun discharge, although we are given to understand that they are not inherently dangerous or anything.

The car's driver, 24-year-old Steven Schulte, was take to a hospital, but will not be charged as there were no drugs or alcohol involved; as yet, no word on why he was incapacitated, just that it was due to a medical condition. Deputy Cline's actions are being reviewed, and it remains to be determined whether he'll be subject to any discipline. Yr Wonkette is no expert, but wonders why he had his finger near the trigger after it was determined the driver was no longer a threat. "Shot while a cop is putting away his tools" is not how we'd like to go, thank you.

Still, no bloodshed, no foul. Just be careful about who you let rescue you in a medical emergency, OK?

Follow Doktor Zoom on Twitter. He has no idea why anyone would be skeptical of their local law enforcement agencies.