Open Wide, Oklahoma, It Is Your Turn For Some Gay Marriage Throat-Ramming And Cramming 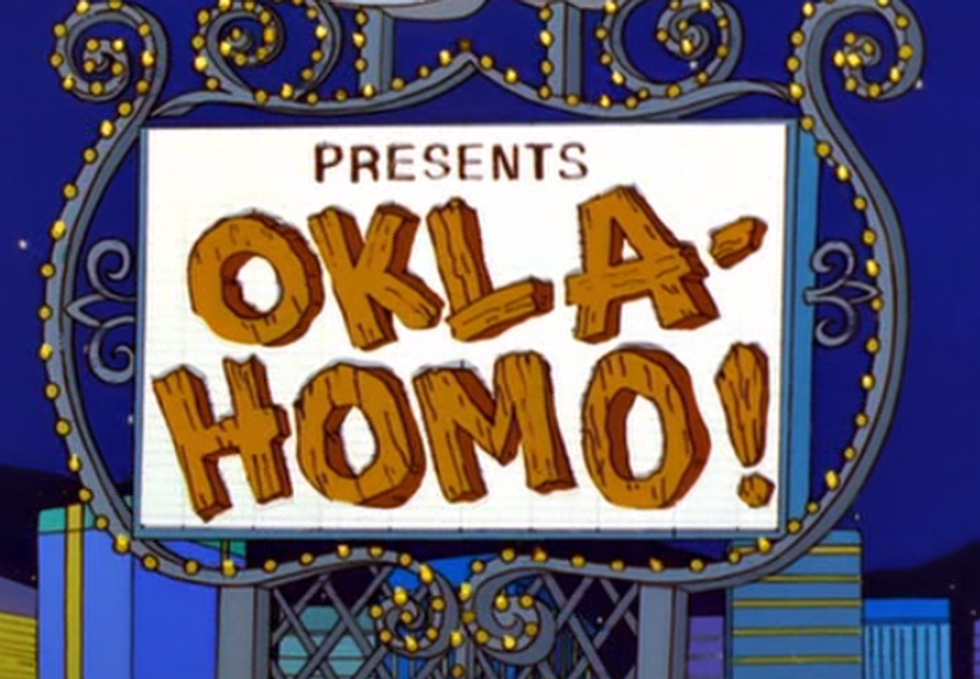 Are you familiar with this state "Oklahoma"? It's one of the ones in the middle there. It's full of Democrats whovoted for Randall Terry for president -- actually beating sitting "Democrat" "president" Barack Obama in the primaries -- probably because it is full of super-lefty civil libertarians who hate drones and banks or something, definitely not because they hate the black guy.

Well, now some federal judge has gone and crammed some Satan down Oklahoma's throats, and by "Satan," naturally, we mean "gay cock," probably pierced a bunch of times up and down the shaft and definitely sporting a little cock-sized leather vest, with friiiinge on top.

TulsaWorld seems to have first reported on U.S. Senior District Judge Terence Kern laughing at God and Jesus and bowing down before one the Sweet Dark Lord to say that a gay marriage ban was unconstitoootional.

The ruling is already stayed pending appeal, so we won't get hot gay wedding pixxx of the two plaintiff couples, Mary Bishop and Sharon Baldwin (who both work at the Tulsa World) and Gay Phillips and Susan Barton. The couples filed their case in November 2004, or (math) ALMOST TEN YEARS AGO.

Meanwhile, Gov. Mary Fallin, last seen discriminating against all soldiers so she wouldn't have to give PX access to gay servicemen husbands and wives wanting to buy Cheez Whiz in bulk -- is full of sadface and also probably full of odd tinglings unleashed by Judge Terence Kern's destroying straight marriage. Before you know it, Mary Fallin is gonna be eatin' at the Y, sluttin' it up Sappho-styley, and acting out all the lyrics to "Cain't Say No" but with some big ol' bulldagger instead of a dude.

That is just how the Constitution works.