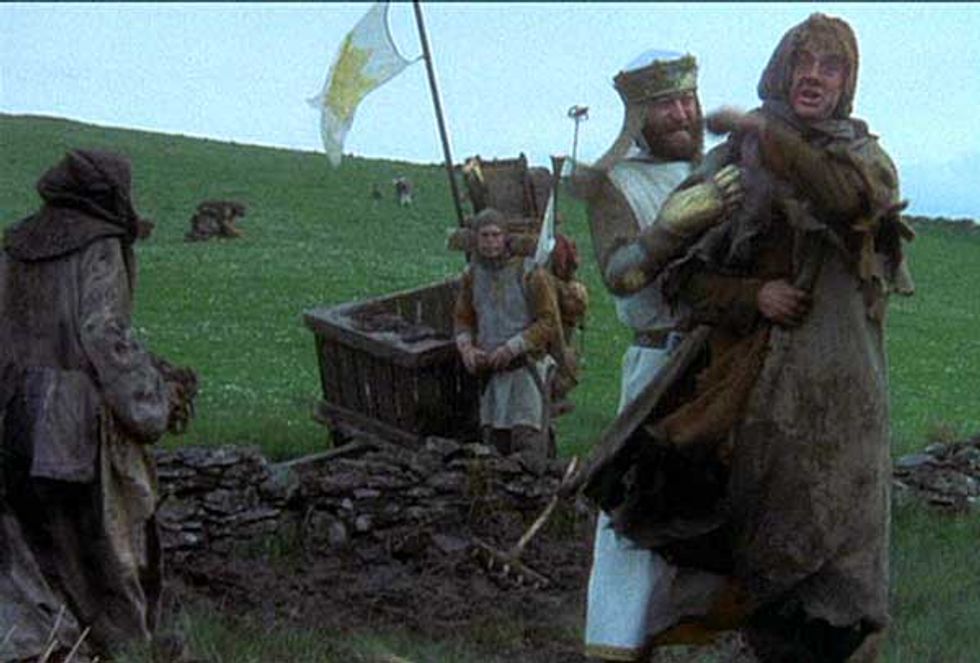 Some white people in Dallas County are sick and tired of being victims, and they're suing to make sure they won't be oppressed any more. It sure sounds like they're having a really tough time of it:

Five white plaintiffs, backed by the Dallas-based Equal Voting Rights Institute, are suing Dallas County because, they say, the 60 percent-white Dallas County Commissioner's Court does not fairly represent them.

Dallas County, for the record, is 39 percent Latino; 32 percent white, non-Latino; and 23 percent black, according the the U.S. Census Bureau. Everyone's a minority here.

The "Equal Voting Rights Institute," you'll be delighted to know, is a group that believes the Voting Rights Act (VRA) has just gone too darn far, as their "Our Mission" webpage explains:

But 50 years have passed since the VRA became law. The VRA’s roots lay in the struggle to make real the Constitutional promise of equal protection for every American. But some have concluded that the Courts have used the VRA to create racial entitlements for a new slate of preferred groups. Those who crafted the VRA wanted no such thing.

And yes, they quote Congressman John Lewis completely out of context while they're at it. Speaking of Supreme Court Justice Antonin Scalia's contention that the VRA had created "a perpetuation of racial entitlement," Lewis said Scalia's comments in support of striking down part of the act were

an affront to all of what the civil rights movement stood for, what people died for, what people bled for, and those of us who marched across that bridge 48 years ago, we didn’t march for some racial entitlement. We wanted to open up the political process, and let all of the people come in, and it didn’t matter whether they were black or white, Latino, Asian-American or Native American.

Would you be astonished to learn the Equal Voting Rights Institute turns that quote on its head so Lewis actually thinks the Voting Rights Act has indeed created entitlements? If you are, then welcome, Completely New Reader of Wonkette! These are not nice people. We bet they're very proud to agree with Martin Luther King that people should only be judged on the content of their character. We're rather hoping that Rep. Lewis will show up at their office and say, "You know nothing of my work."

Anyhoo, the plaintiffs seem to think that some black or Latino version of Bull Connor has been turning fire hoses all over their precious votes. Their lawsuit leads off with a stirring invocation of just how bad they have it -- if you can, read this in the voice of the late Don "in a world" Lafontaine, or for that extra kick, Morgan Freeman:

Like something out of the bad old days, a Southern electoral body plays naked racial politics, intentionally using its power to minimize a dissenting race's political sway. The body does so through its redistricting authority, cramming as much of that racial minority as possible into a single district and splitting the remainder up as an insignificant fraction of the electorate in the surrounding districts. It undertakes this move to intentionally deny the racial minority a chance to fairly participate in the electoral process, while claiming that the minority has no legal right to protection and arguing that higher law compels the racist act.

See, the problem is that since Dallas County became a majority-minority area, it's now really hard to get Republicans elected to municipal and county offices, because those blacks and Hispanics insist on not voting for white Republican people! The complaint -- we suppose that's the correct legal term, although "whine" is more accurate -- documents the oppression:

As a result, since 2004, the candidate preferred by the Anglo racial minority has almost never won countywide general elections contested by the major parties.

The plaintiffs want voting districts in the county redrawn so that Anglos will have a better chance of electing Republicans, because as things stand, voting districts are set up to discriminate against whites, which the complaint occasionally calls Dallas's "dissenting race." Who knew how badly disenfranchised Texas's whites are?

Now, if only they could manage to stay on key while singing "We Shall Overcome."