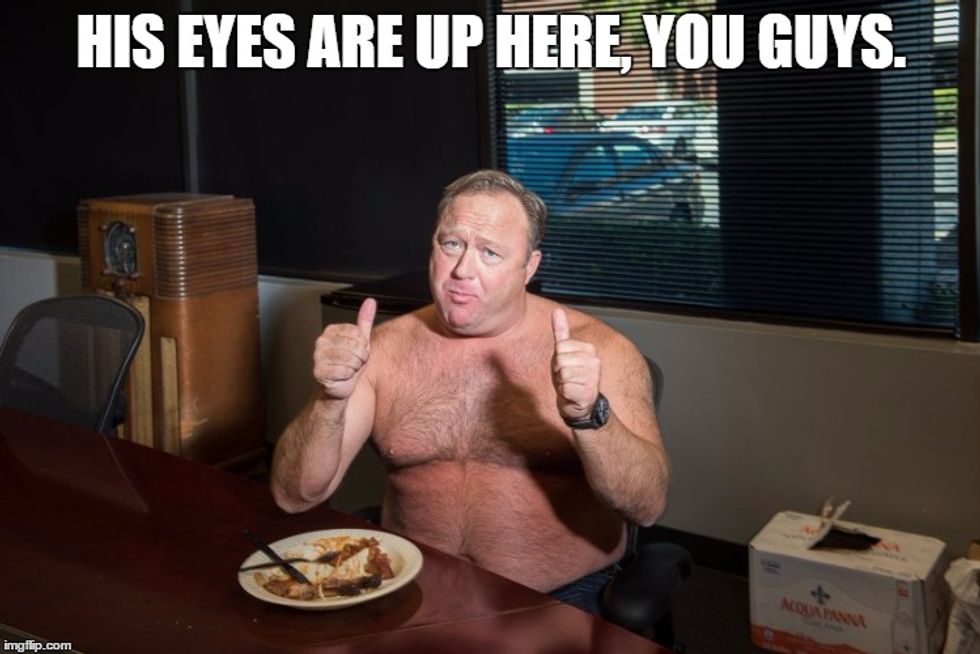 Sorry to any who were hoping Oprah Winfrey would run for president and win in 2020. Alex Jones revealed on his show Monday that if she even tries to run, she will be exposed as a total Oprah LOSEfrey, who LOSES like a LOSER, and the reason is because Oprah is "designed" to use her "black face" to "carry out the enslavement of black folks" and also "everybody else." That ... seems racist? We are just saying!

"Ladies and gentlemen, I have always broken down the fact that Oprah Winfrey is a top globalist, a top eugenicist, who pushes a one world religion through her private foundation. She’s even got a new age movie coming out to brainwash the children." [...]

We’re going to break down why Oprah Winfrey will never be elected president of the United States because of the skeletons in her closet.

Yeah, we still think that is kind of racist?

Then again, Jones also recently correctly identified CNN's Brian Stelter as a person who is literally "drunk on our children's blood," which is just so obvious, like isn't that what you have always thought of CNN's Brian Stelter? (Yes, you are free to Google which one Brian Stelter is, in case you forgot who is LITERALLY DRUNK ON YOUR CHILDREN'S BLOOD like we did. Hint: He's one of the ones who isn't Jake Tapper.)

OK, screw it, have an open thread, because we don't feel like giving this any more "analysis" than we already have, as it is motherfuckin' EXECUTIVE TIME.