Orange County Cops Putting All The Kids In Jail, No Big 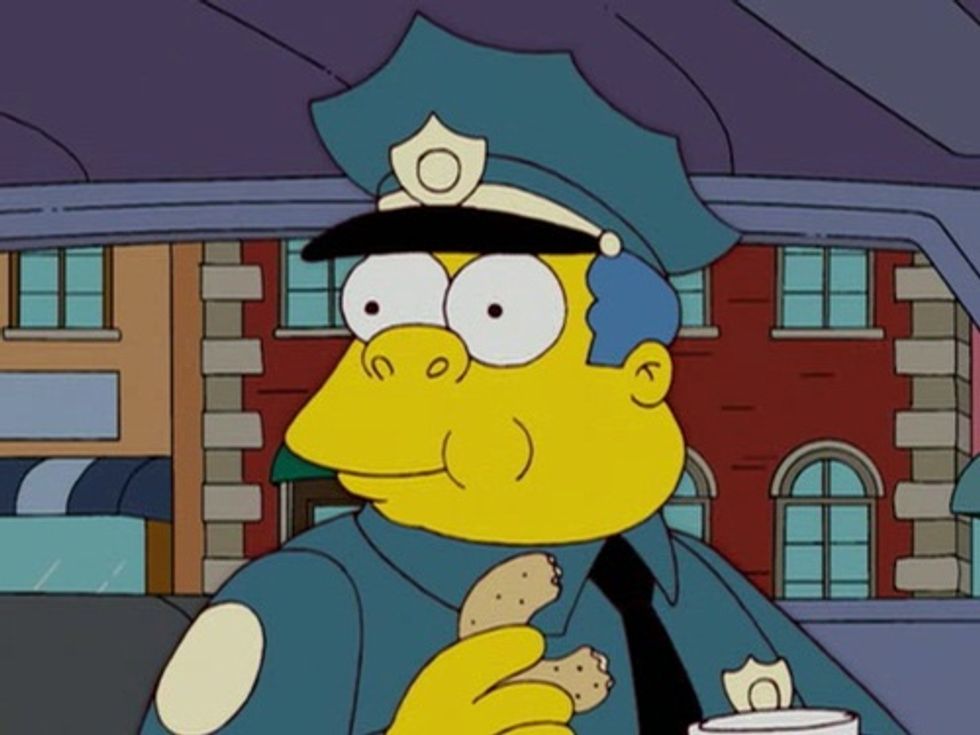 In 2009, celebrated Santa Ana Police Detective Andy Alvarez was tasked to investigate a bloody attempted murder case, in which a man in a Jeep pulled up to three teenagers and opened fire on them. Alvarez had two leads. The first was that the shooter reportedly shouted "Delhi," the name of a Santa Ana street gang, before opening fire. The second was that two of the victims positively identified another kid in the Jeep as Francisco Vega, a former classmate with whom they'd previously had trouble. The OC Weekly reports:

The accusers had a prior, hostile relationship with Vega, and the circumstances of the sighting raised logistical issues.

During a shooting that took about 15 seconds, they claimed they'd taken their eyes off the approaching gunman to stare at Vega. And the victims gave conflicting stories. Marin said suspect Vega had been sitting in the right, rear passenger seat; victim Vega placed him in the right, front passenger seat. They couldn't agree on the color or type of vehicle, either.

So the victims both looked away from the hail of bullets riddling their bodies to stare at a guy who was sitting in either the back seat or the front seat of a car whose make, model, or color they could not remember and positively identified him as someone they'd met before and didn't like. If this sounds like an untainted, solid lead to you, congratulations! A career with an Orange County police department might be right for you!

Based on this "lead," our hero Detective Alvarez arrested 14-year-old Francisco Vega for attempted murder, and the court made sure he would stay in jail until his preliminary hearing seven months later by setting bail at $1 million dollars. At this preliminary hearing, Alvarez needed to prove that Vega was in the gang the shooter claimed before opening fire, the Delhi street gang. Since the police gang dossiers had not even a single solitary record of Vega in their files, the judge in the case had to rely on the word of Alvarez. Alvarez's reasoning for his claim that Vega was in the street gang is... remarkable:

Asked to justify his conclusion, the detective first said police in the Northern California city of Dixon had an old report that Vega might have had a gun at school, but the story turned out to be baseless.

What else tied Vega to Delhi? Schriver asked.

Dixon police had documented Vega's "unruly type of behavior that is common [among] people pursuing the gang lifestyle," Alvarez said.

That point didn't make him Delhi either. What else?

Using circular logic, the detective then said the fact that the shooting happened on turf claimed by a rival gang, the Alley Boys, meant Vega was in Delhi.

Hong Nguyen, Vega's defense lawyer, objected, but the judge, who was impressed by the cop's reasoning, urged him to continue. The detective explained Vega--who had at one point lived in Santa Ana with his father--must be a member of Delhi because he knew the gang existed and "that Delhi and Alley Boys didn't get along."

Sounds like a leap in logic, but not to this cop. "That was quite a bit of information for him to know about these two gangs," he explained.

Nguyen made another objection, calling the testimony speculation without foundation. Hayes overruled her, and Alvarez turned clairvoyant for his last offer of proof.

"[Vega] was," the detective guessed, "more familiar to the on-goings of Delhi than he was letting on."

That's a lot to take in, so let's review the evidence demonstrating that Vega was in the Delhi gang:

Presented with this evidence, the judge not only issued a summary dismissal, but scolded the police department for attempting to frame a 14-year-old kid and wasting everyone's time with this one-ply case. Just kidding, that's what would happen in a sane and just world. This being Toilet World, he decided that this was a great case and should go forward. Surely the fact that the judge was a former reserve cop in Orange County had little to nothing to do with this carefully considered and plainly objective decision.

Incredibly, it gets worse. The police and prosecutors hid the testimony of an informant who told them that another man, Alvaro Sanchez, was guilty of the shooting to keep their misconduct a secret. They then ignored another, completely different informant, who not reported that Sanchez HIMSELF said that Vega was innocent.

Then, on Jan. 5, 2010, Mexican Mafia member Oscar Moriel, one of the most prolific jail informants in county history, sent a note to the cops after he'd talked to Sanchez (a.k.a. Pave): "Pave tells me that his co-defendant that got busted for this shooting wasn't even there and that he doesn't even really like the guy because he's a pan [pussy] and isn't down for the neighborhood. And Pave tells me that it's kind of fucked up because [Vega] gets popped for this case while the three other people who were actually there [are] still out there."

What were consequences for the police, the prosecutors, and the judge when this whole sordid story came to light in a special hearing? Nothing. Vega, who lost two years of his life on this travesty, was released with no apology or restitution. We'd like you to consider three points.

First, Vega was actually lucky. He had the good fortune to happen to have exculpating information offered from two separate informants. If not for them, who knows how much further the prison state could have gone in destroying his life? He certainly would have spent even longer imprisoned, and the morally bankrupt prosecutors might have been able to cobble together a case against him solid enough to force down a jury's throat.

Second, remember that none of the people involved in this case had any reason at all to do this to Vega other than satisfying their egos and getting a clearance. Personal animus or past run-ins with the cops apparently had nothing to do with it.

Third, as 17-year-old Alvaro Sanchez points out, Vega is in jail while three other people who were actually there at the time are still freely roaming the streets. Let's try to come to terms with the fact that a teenage gang-member and attempted murderer is rightfully indicting the system for its moral and operational bankruptcy.

Why, it's almost enough to shake your faith in the criminal justice system!