Orange County High Schoolers All Have Measles Now, Thanks Anti-Vaxxers! 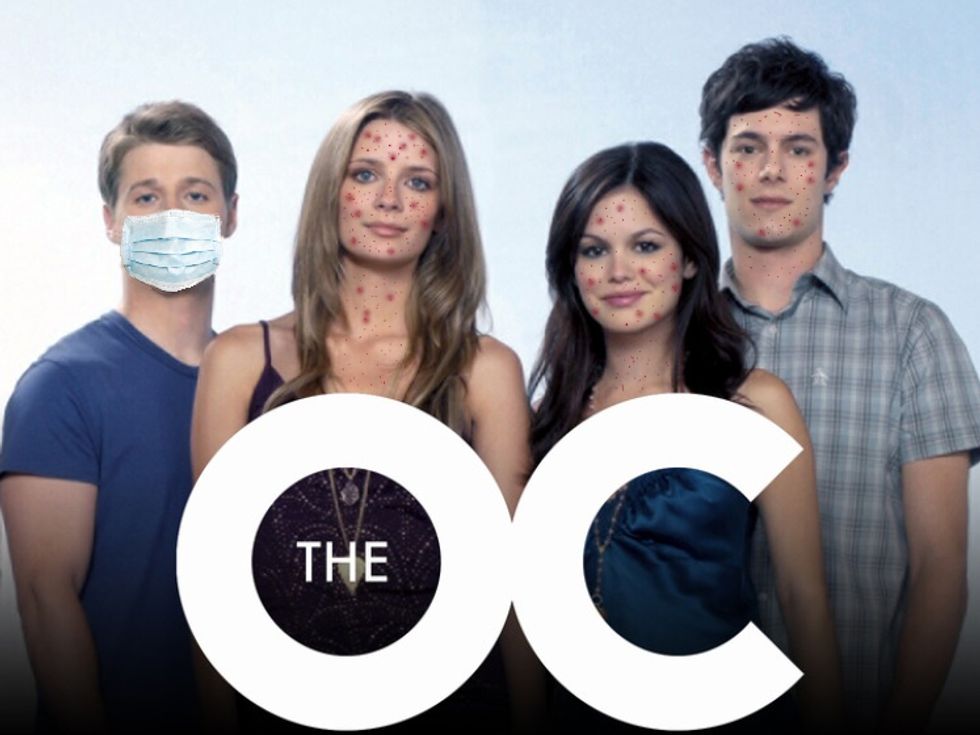 The measles outbreak that started at Disneyland in late December has been spreading; most recently, it's hit Huntington Beach High School in Orange County, where 24 unvaccinated students have been told to stay home from school after an infected classmate exposed the school to the disease. Thanks a lot, paranoids who don't want their precious angels exposed to the imaginary threats of vaccines! Now they're exposed tot he very real threats of infectious diseases that should have been eradicated decades ago.

The 24 students cannot return to Huntington Beach High School until Jan. 29, according to district officials.

“There’s been some kids absent from my class,” [student] Jordian McCutch said.

The infected student was on campus from Jan. 6 to Jan. 8.

Deanne Thompson, spokeswoman for the Orange County Health Care Agency, said that Orange County has 16 confirmed cases of measles, including six cases that were not connected to the original Disneyland infection.

It is at large in the community now, and particularly infants too young to be immunized, people with other health conditions and, of course, people who aren’t immunized need to be very concerned,” Thompson said.

“They really should rethink that and consider getting vaccinated,” she said.

With a supreme act of will, Thompson somehow managed not to call parents who refuse to vaccinate their children "irresponsible jerkasses." We salute her restraint.

Elsewhere, in the imagination of anti-vaccination activists, a cabal of Big Pharma representatives rolled around in piles of money and shredded suppressed studies proving a link between vaccinations and autism, and then they wrote a big fat check to Wonkette for our help in scaring sheeple into submitting to vaccines.