Orrin Hatch Tells Obama He Can't Be Like Jesus, Because Of Taxes (VIDEO) 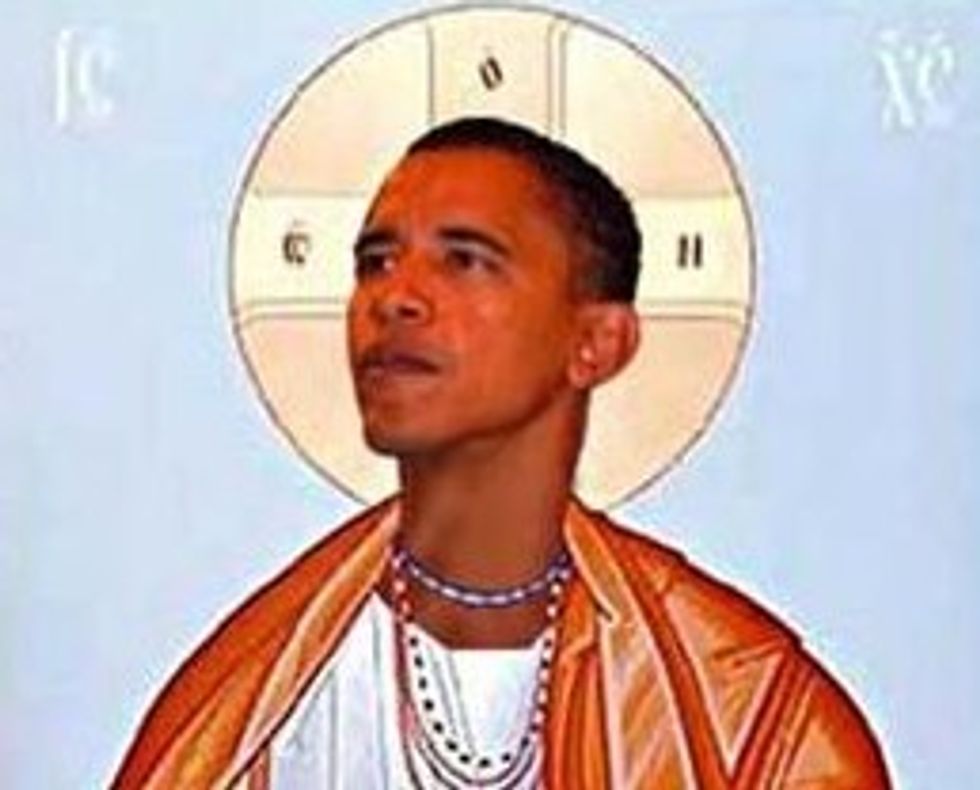 Attention, President Obama! Mousy Mormon Senator Orrin Hatch would like to have a word with you in theundersea Holocaust-victim baptizing chamber. Hatch will be doing that thing he always does, that raisin-mouthed, monotonous, mild-mannered smug thing he uses to cloak all manner of backwards beliefs and statements. The decrepit senator from Utah is currently offended because Barack Obama had the absolute gall to directly quote a famous Biblical character like Jesus Christ at the National Prayer Breakfast and thereby make this annual networking event/affront to the Constitution tawdry and, what's worse, political!

OUR STARS INDEED! Did Obama even, like, CONSIDER the feelings of the Breakfast's long-time sponsors, "a secretive evangelical Christian network called The Fellowship, also known as The Family," which is alleged to have backed "legislation in Uganda that calls for the imprisonment and execution of homosexuals"?

Hatch skewered the president for a remark he made at the National Prayer Breakfast on Thursday morning, during which he suggested Jesus might support his plan to raise taxes on wealthy Americans.

“For me as a Christian, it also coincides with Jesus’s teaching that 'for unto to [sic] whom much is given, much shall be required,'" Obama said at the breakfast.

Hatch, who is a devout Mormon, suggested Obama was trying to "assume the role of theologian in chief" and said he ought to stick to public policy.

DANG! How exactly did Obama manage to inject that bit of radical free expression into the proceedings?

And when I talk about shared responsibility, it’s because I genuinely believe that in a time when many folks are struggling, at a time when we have enormous deficits, it’s hard for me to ask seniors on a fixed income, or young people with student loans, or middle-class families who can barely pay the bills to shoulder the burden alone. And I think to myself, if I’m willing to give something up as somebody who’s been extraordinarily blessed, and give up some of the tax breaks that I enjoy, I actually think that’s going to make economic sense.

But for me as a Christian, it also coincides with Jesus’s teaching that “for unto whom much is given, much shall be required.” It mirrors the Islamic belief that those who’ve been blessed have an obligation to use those blessings to help others, or the Jewish doctrine of moderation and consideration for others.

Well. How very, very uppity of our president, to drag Moses and Mahomet into this as well, of all people. Orrin, look, just take a deep breath and tell us how we can help:

Someone needs to remind the president that there was only one person who walked on water and he did not occupy the Oval Office.

Dude. You do know Jesus actually stole that line from Spiderman? [The Hill]