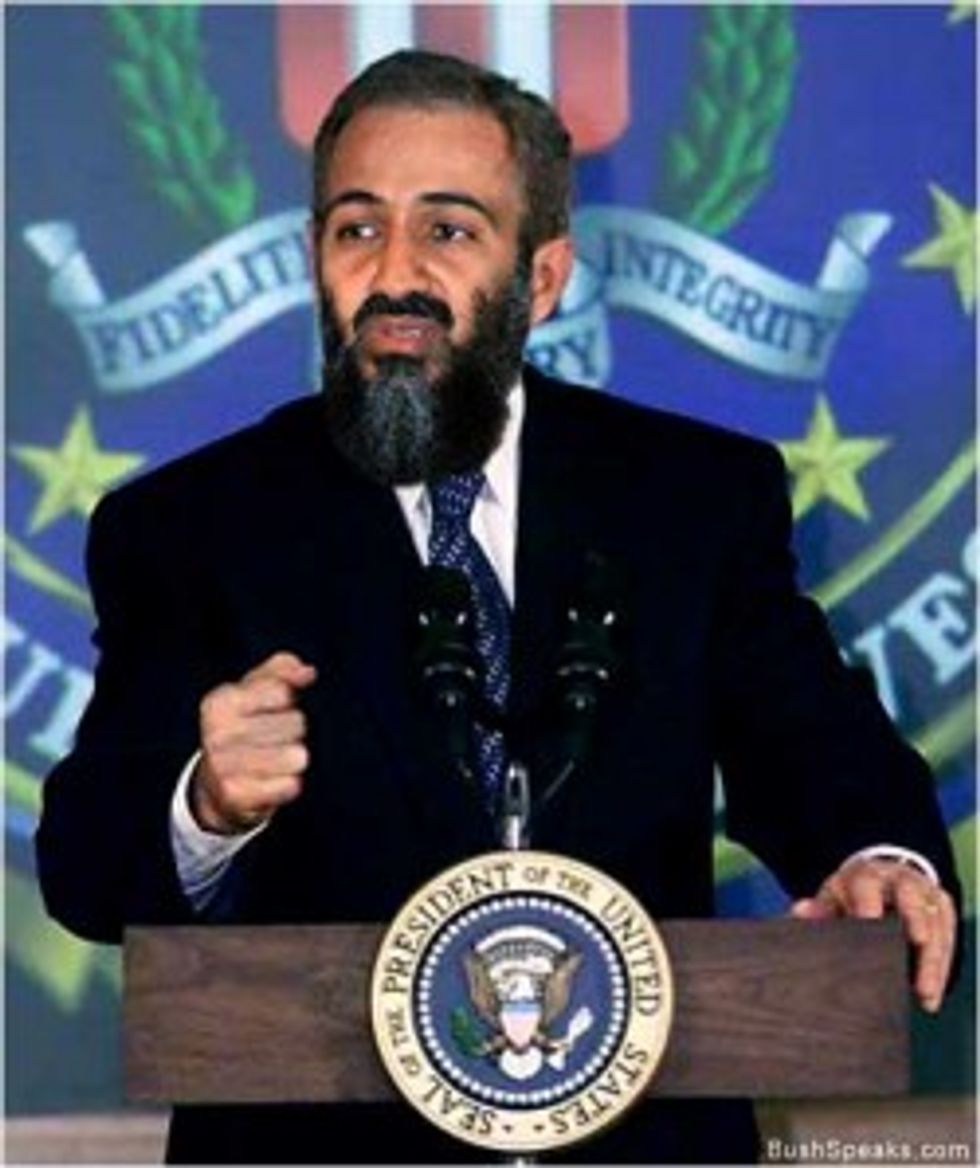 What are America's allies up to, these days? Oh, just jailing the CIA people who targeted Osama bin Laden in his fancy Pakistan suburban castle. China reads the White House gmail, British prime minister David Cameronmocks our wonderful health care system that's available only to people with lots of money, and now Pakistan is just cold arresting people for squealing on Bin Laden. It's almost like the whole world is laughing at America, nonstop.

Pakistani intelligence has detained five alleged CIA informants who spied on Osama bin Laden in the months before the al-Qaida chief was killed in a special forces raid, US and Pakistani officials have said. A Pakistani official said the owner of the CIA hideout had been arrested along with several other people.

A military spokesman denied a New York Times report that a serving army major had also been detained. The arrests highlight continuing tensions between the US and Pakistan in the wake of Bin Laden's death. They are likely to intensify pressure from senior Washington politicians to cut Pakistan's $2bn annual aid package.

Eh, just cancel that $125-a-year tortoise website, that should fix everything, globally. [Guardian/NYT]