Palin E-mail Hacker Reveals How He Got In: By Having A Working Brain 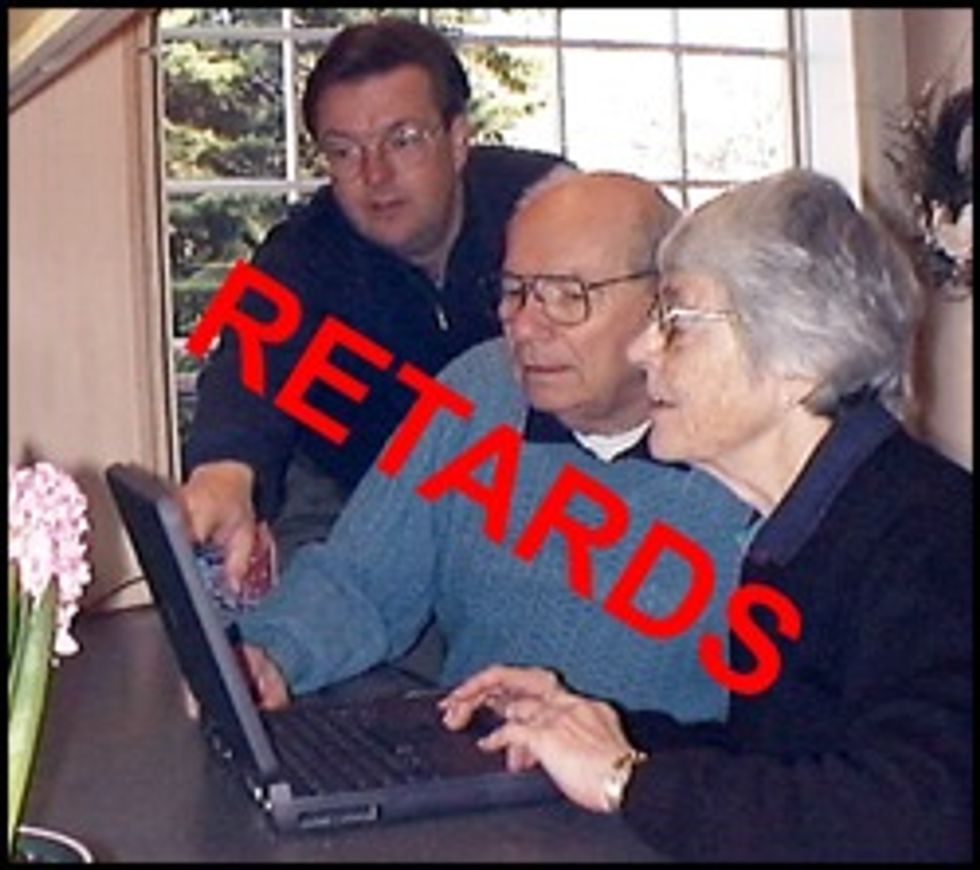 The FBI and Secret Service have launched a Special Investigation into the important matter of some "hacker" breaking into Sarah Palin's Yahoo! e-mail and taking a few benign screen shots. Michelle Malkin, Bill O'Reilly et al. have been lambasting our friends at Gawker forposting the screen shots; O'Reilly even said that Gawker owner Nick Denton should be thrown in jail forever. (Maybe? But not for this.) In the meantime, the supposed hacker has released an account of his complicated crime. We should warn you that only advanced computer science-trained minds will be able to understand this, but here goes:the hacker correctly guessed Palin's simple "Forgot Your Password?" question. Crafty!

Yes, that's right, the hacker was only able to pull off the break-in by possessing two things unavailable to all other humans: a knowledge that the Internet exists, and 25 minutes of free time. Try to follow along:

Details of this week's break-in, if authentic, were consistent with speculation by computer security experts who said Yahoo's "forgot-my-password" service almost certainly was exploited. The mechanism allows customers to retrieve or change their password if they can verify their identity by confirming personal information such as birthdate, zip code and the answer to a "secret question," such as a childhood pet's name or school mascot.

Palin's hacker was challenged to guess where Alaska's governor met her husband, Todd. Palin herself recounted in her speech at the Republican National Convention that the pair began dating two decades ago in high school in Wasilla, a town near Anchorage.

"I found out later though (sic) more research that they met at high school, so I did variations of that, high, high school, eventually hit on 'Wasilla high'," the person wrote.

Ah yes, what those "computer security experts" refer to as the "Change Your Password Scheme," an advanced ploy first used by an arch Russian hacker in 1998 -- legend tells that he wanted to get into his girlfriend's Hotmail to see if she was saying nasty stuff about him behind his back, to her friends.

"Wasilla high" was the answer to the secret question -- where she met her high school sweetheart husband -- for her free online e-mail service on which she conducts official state business.

[Does this really qualify as an "impersonation," AP? -- Ed.]