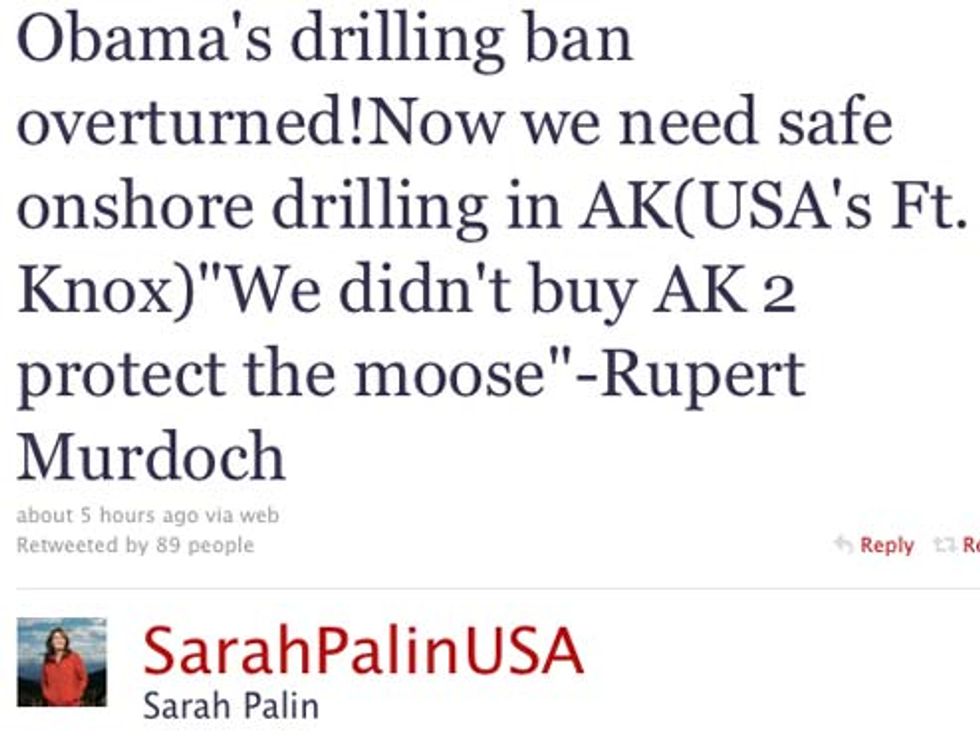 Ha, ha, just kidding! Rupert and Sarah do not want to kill all the moose per se; they're just saying that if these dumb moose are too stupid to get out of the way of our leaky industrial drilling equipment, and we end up killing each and every one of them in the process of extracting the precious, precious oil from the ground, then fuck them, you know?

No, America did not buy Alaska for the moose, back in 1867! America bought Alaska to make it "America's Fort Knox," because the original Fort Knox was inconveniently located in Paraguay. Sarah Palin's casual quoting of the first person plural is intriguing; obviously she was not alive when William Seward traded two delicious American hamburgers to Russia in return for this frozen wasteland. Rupert Murdoch was alive, of course, as he is 178 years old, but in 1867 he was actually living in Australia, having been sent there as a punishment after his conviction for whatever the Victorian-era equivalent of "securities fraud" was (pickpocketing?).

In other words, Alaska secretly belongs to Australia, which means that Sarah Palin is not our problem! Perhaps she will run against Australia's new socialist lady prime minister next year. Wait until she finds out that Australia's right-wing party is called the "Liberal Party," it will blow her mind. (Thanks to faithful Twitter obsessee "Matt the Lobbyist" for the tip.) [SarahPalinUSA]