Parents! Your Teen May Be Using Drugs To Qualify For An Elite Party School 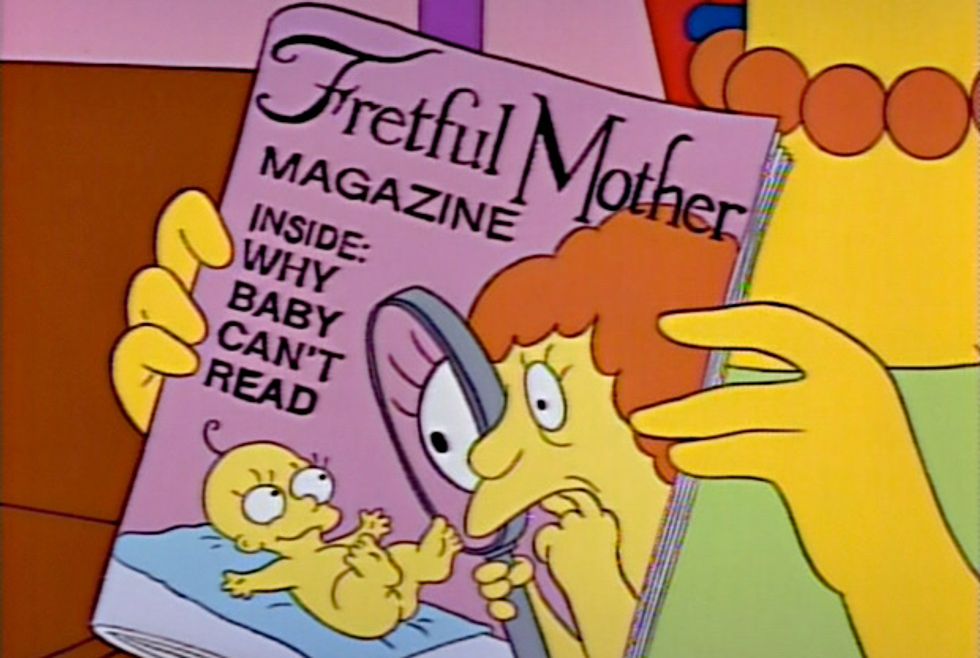 Another in an apparently never-ending series of special guest bloogs from DoktorZoom.

Hey, Mommy-Blog readers! Just when you thought you'd gotten over that Mother's Day story about child psychopaths,New York Times reporter Alan Schwarz brings us a new thing for parents to be worried about: drug-addled teenagers! But these are not the hop-headed angel-dusting teenagers of old ABC Afterschool Specials, getting “wasted” on "Alley Juice," "Mary Jane," "Special K," "Donkey Dust," “Meow-Meow,” “Peruvian Nose Candy,” or “Zumba.” No, the new threat to health and home is posed by high-achieving high-schoolers abusing stimulants intended for treating ADHD, not to get high, but to give them an edge in their academic pursuits:

At high schools across the United States, pressure over grades and competition for college admissions are encouraging students to abuse prescription stimulants, according to interviews with students, parents and doctors. Pills that have been a staple in some college and graduate school circles are going from rare to routine in many academically competitive high schools, where teenagers say they get them from friends, buy them from student dealers or fake symptoms to their parents and doctors to get prescriptions.

But in their zeal to get a head start in the academic rat race, these teens risk running afoul of drug laws, ruining their health, becoming addicted to harder drugs, and maybe even gaining admission to a highly selective university, where they may also read books and be turned against Jesus!

From its catchy, alliterative title -- "Risky Rise of the Good-Grade Pill" -- to its ominous closing paragraph about a sophomore at a tony private school musing “I promised myself I wouldn’t take it, but that can easily, easily change. I can be convinced,” this article is a classic of the Youth Panic genre. Young people are Up To Something Bad! And not just any young people -- GOOD kids from GOOD homes, attending GOOD schools and getting GOOD grades -- in fact, the more of these drugs they do, the better their grades may get! Parents are clueless -- or worse, complicit! The integrity of the educational system is being undermined — one student even says, “These are academic steroids. But usually, parents don’t get the steroids for you.” And the authorities have no idea: a girl tells her teacher that she needs a drink of water, goes into the hallway, and pops a “40-milligram Vyvanse capsule”; a superintendent blandly says “We haven’t had word that it’s a widespread issue.” Worse, much worse, the representatives of Big Pharma seem to be in willful denial:

A spokesman for Shire, which manufactures Vyvanse and Adderall’s extended-release capsules, said studies had shown no link between prescribed use of those drugs and later abuse.

Dr. Jeff Jonas, Shire’s senior vice president for research and development, said that the company was greatly concerned about the misuse of its stimulants but that the rate was very small. “I’m not aware of any systematic data that suggests there’s a widespread problem,” he said. “You can always find people who testify that it happens.”

But we know better, because Schwarz peppers the article with the testimony of teenaged drug dealers, who sell their classmates a panoply of pills, obtained by faking ADHD symptoms at doctors’ offices:

“I tell the doctor, ‘I find myself very distracted, and I feel this really deep pain inside, like I’m anxious all the time,’ or something like that.”

He coughed out a chuckle and added proudly, “Generally, if you keep playing the angsty-teen role, you’ll get something good.”

Oh, for the good old days of Rebel Without a Cause, when you could tell that teens were getting into trouble when they started using slang and method acting! Back then, teen angst was a reliable cry for help, not just a cynical ploy to obtain the drugs that will open the gates of a good college!

There's something deliciously insidious about a story like this. To be fair, which we occasionally do here, Schwarz has done some fairly solid reporting, and there's every reason to accept that there actually are kids who are abusing stimulants for the sake of boosting their academic performance. How widespread is it? Who knows? The lack of solid data on the scope of the problem leaves us free to assume the worst! Not only does a story like this play out the fine old theme of good kids gone wrong, it also combines classic worries over drug use with the fear that parents and schools have unreasonably high expectations for academic achievement. We're pushing the poor kids so hard that they're mainlining amphetamines like long-haul truckers! There's undoubtedly a Lifetime Original Movie in this, and maybe just enough of a culture-war angle for FoxNews or The Blaze to scry yet another portent of the downfall of America: elitist yuppies' kids are all strung out on speed, and the halls of academe are full of people who don't belong there, because drugs.

The money quote in this speedball of parental anxiety comes near the end of the piece: After a kitchen-table discussion with her ninth-grader about how easily he could get stimulants if he wanted to -- and his assurances that he's doing fine in school without them -- a mother sighs,

Yes, modern parents of today’s modern America! You have to worry more about everything!