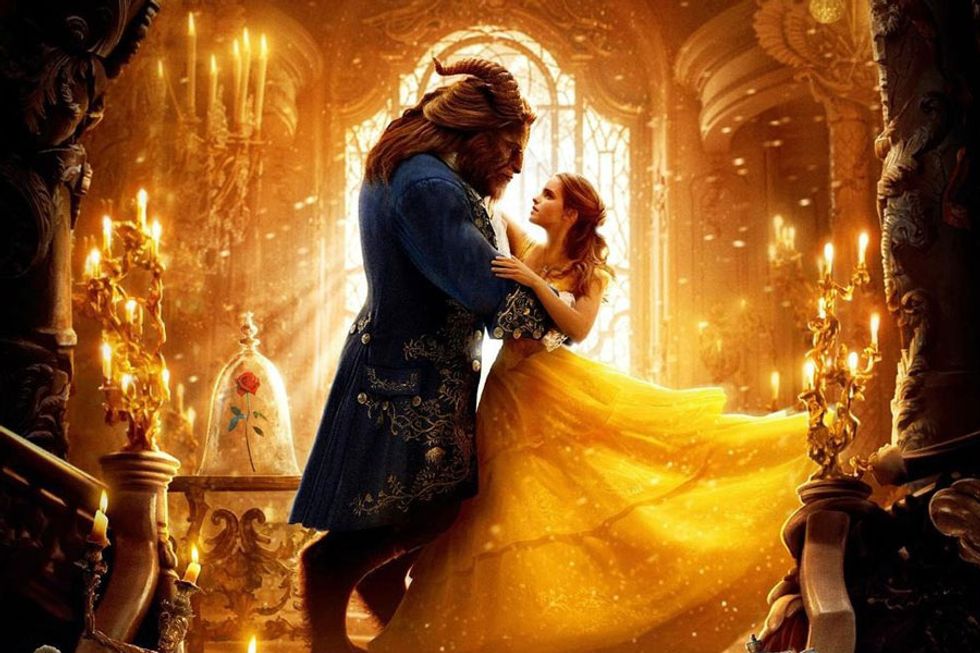 Remember when the new Beauty And The Beast first came out, every god-fearing Christian in America clutched their pearls in horror over how there was a gay in their beautiful fairy tale about a precocious young girl who falls in love with the guy who kidnapped her, who also happens to be a literal bison with a pretty serious anger management problem? And those of us on the Right Side of History(TM) were all like "OH, so you guys are cool with bison-fucking but you're gonna freak out about a character being gay? A character who legit sang a song in the cartoon version about what a dreamy sex machine Gaston is?"

WELL! We have been called on our bluff by none other than Pastor Kevin "Kill The Gays" Swanson, who will have you know he is not at all here for inter-species breeding, nor does he appreciate Beauty and The Beast promoting it.

After frothing at the mouth for a few minutes about Gay LeFou, Swanson actually brings up the argument several of us evil secularists have made about the bison fucking, but interprets it as an endorsement of inter-species breeding and a threat of what's to come from Disney and other entertainment companies. He points out that this has been a thing on "Star Trek" forever, and that Gene Roddenberry was an evolutionist who loved inter-species breeding and thought it was a good thing. The evolutionists, he explains, are super in favor of inter-species breeding, because they don't believe man was made in god's image.

BUT HE WILL NOT LET THIS STAND!

“Christians, I don’t believe, can allow for this,” Swanson stated. “Humans are made in the image of God. Humans are assigned a spouse which happens to be a member of the opposite sex. Friends, God’s law forbids it … Christians should not allow for this, man. We cannot allow for humans to interbreed with other species. It’s just wrong, wrong, wrong. It’s confusion, it’s unnatural.”

“We are in some of the most radical, most anti-biblical, the most immoral, the most unethical, the most wicked sexual environment that the world has ever known, right now,” he warned.

Surely, if young girls -- and perhaps even young boys -- are allowed to see this movie, they will immediately demand to be taken to the zoo so they may find their very own bison to breed with. They'll flock there in droves! And then we'll have all these animal human hybrids walking around, spitting right in the face of God. Will they even be able to talk? We don't know. Perhaps they will just grunt a lot. Perhaps we will have to set up special schools for all the half-bison half-human children in the country.

And just how are we going to find work for them once they grow up? It's not like they could be writers or plumbers or go into automotive repair or manufacturing. Not with those hooves!

Will there be affirmative action quotas? Will good Christian employers be forced to hire these manimals against their will? Bake cakes for their weddings? It is all too much! Kevin Swanson is not ready for this future.

Swanson notes that the very idea of inter-species breeding was not a thing until "Star Trek" happened in the '80s and '90s, contradicting Angela Lansbury's assertion that Beauty And The Beast is a "tale as old as time." If you were to ask a cannibal about inter-species breeding, he says, that cannibal would be like "NO WAY, THAT IS A BRIDGE TOO FAR, AND I AM A PERSON WHO EATS PEOPLE."

This also contradicts the fact that Beauty and the Beast was written in 1740 and that it shares a premise with myriad folktales worldwide that are even older than that. In fact, there are so many of them that there are two separate categories in the Aarne–Thompson classification system for folktales about people marrying animals (Beauty and the Beast for manimals and The Animal Bride for WOmanimals).

Oddly, despite the prevalence of such tales throughout history, as well as the multiple iterations of Beauty and The Beast in cinema, inter-species breeding has somehow never been a thing. Bestiality has existed, sure -- and it's even legal in Texas -- but we've yet to see a half-human half-caribou walking along on its hind legs and speaking the Queen's English. Not that we don't want to, as that would be hilarious.

Swanson doesn't need to worry too much about fairy tales convincing young people that inter-species breeding is a swell idea. I read a good deal of Hans Christian Anderson in my youth and did not come away with any kind of fetish for foot-related pain (seriously, between "The Red Shoes" and "The Little Mermaid" ... Hans had a whole thing about punishing women who want stuff by bloodying up their feet).

He also needn't worry about lady-bison romantic procreation actually becoming a thing, being that it is scientifically impossible.

Kevin Swanson ... does know that, right?