Pastor Warns Gay Weddings Will Give Us All Ebola 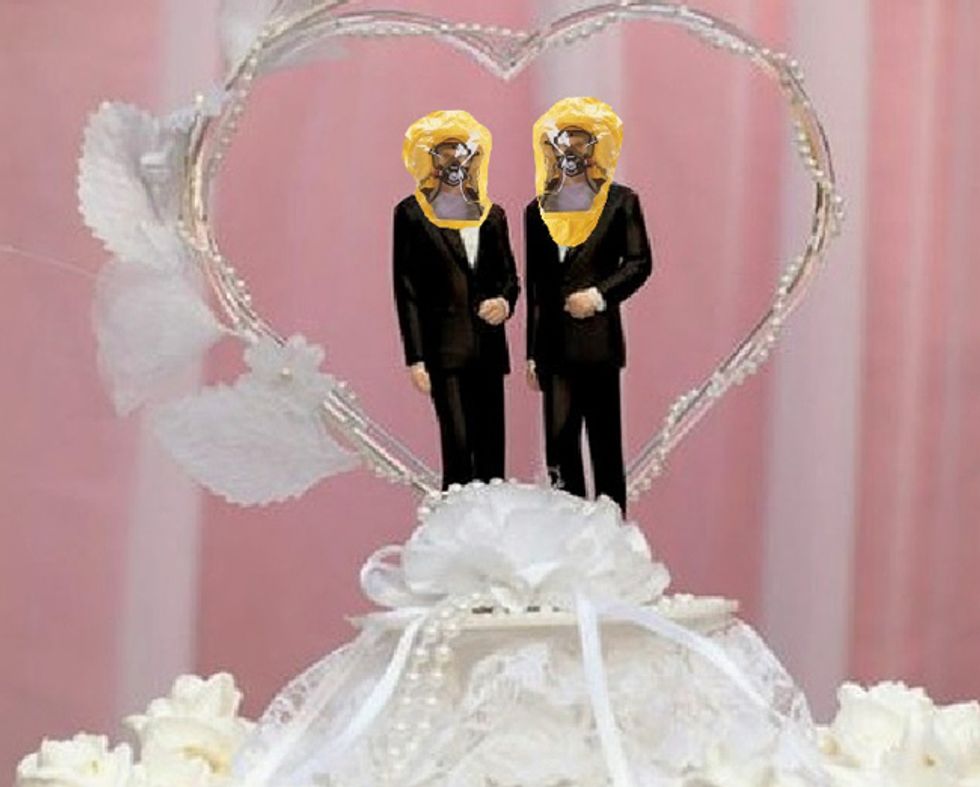 The forecast for North Carolina is gay skies with a chance of Ebola, according to Babtist pastor Ron Baity -- really! -- who told his flock at Berean Babtist Church that God is going to strike America with all sorts of nastiness because the Gay Homosexual End Times are here. It wasn't immediately clear if Baity (snk!) considered last week's ruling striking down the state's ban on marriage equality a cause or a symptom of the End of Days, which are definitely here:

So the book of the Revelation is about End Times events and what happens when this world is destroyed by fire, when the stars and the universe and the sun and the moon, like untimely figs cast from a tree, are just completely done away with and annihilated ...

Baity (hee!) explained that the problem with U.S. America was that there were too many judges and not enough good sensible farm animals like the kind that he grew up with:

There was never a cow going around slobbering on another cow, sending a signal that I’m in love with this cow. And when the bull got in the pasture, we didn’t have to give them a course in bullology or cowology. They had an inborn nature, they knew exactly and precisely what they needed to do to make sure that the Baity family had cows 20 years from now.

Now honestly, if you were a lesbian cow around that Baity family and all their batin', wouldn't you make sure you stayed in the hayloft? Baity continued:

I would hate to think that two skunks in the backyard was smart than a judge that supposed to have studied the laws of the land. Listen, we’re not getting wiser, we’re getting dumber! We’re not getting smarter. My friend, we are meriting, we are bringing the judgment of God on this nation as sure as Sodom and Gomorrah was destroyed, don’t be surprised at the plagues. Don’t be surprised at the judgment of God.

You think Ebola is bad now, just wait. If it’s not that, it’s going to be something else. My friends, I want you to understand, you can’t thumb your nose at God, and God turn his head away without God getting your attention.

We're quite certain that survivors of the over 4,000 victims of Ebola in Africa deeply appreciate how their loss has at least served as a very important gesture to get the attention of Americans who are afraid of two guys getting married.