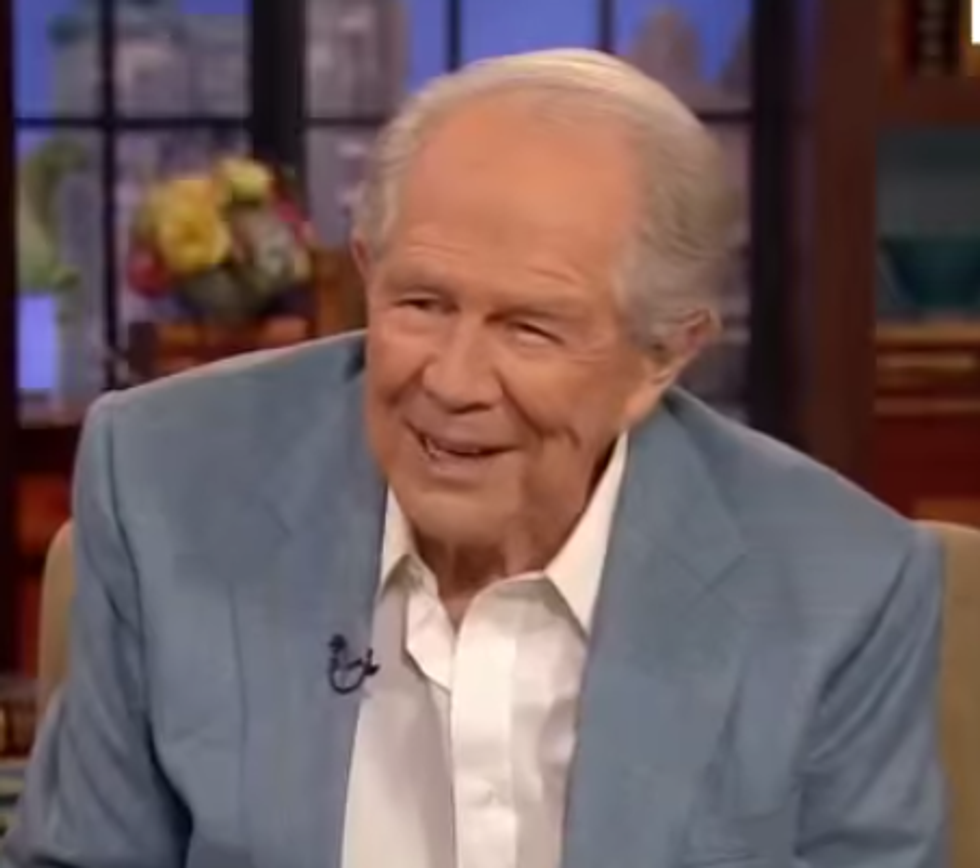 It's time for another edition of viewer questions with Pat Robertson, which are sent by totally real viewers who exist, to Pat Robertson, so that his wisdom may be bestowed upon them. Whatcha curious about, "Eugene"? Oh, just how the Supreme Court that throatcrammed America with abortion was full of Republicans, who voted to kill all the unborned fetuses, and how did that silly forgetful Lord of ours not murder those justices and send them to hell?

Why did they all live to be such an old age, after committing such a despicable act that has brought a curse upon the land? Pat, please set the record straight.

Eugene must be a time traveler from the Old Testament, talking about "curses upon the land" and like, such as. So how DID God forget to murder those justice, Pat?

You’ll have to ask God why he didn’t kill them. I’m not in charge of the death or life of the Supreme Court judges. So, it’s in God’s hands whether they live a long life.

Well, he's no help. And did Grandpa Pat ever consider that Eugene probably HAS asked God why He forgot to kill those SCOTUS justices, multiple times, especially considering how the curse is upon the land, but God apparently can't even be bothered to send an angel to God-splain God's plan to Eugene. MAYBE GOD DOESN'T CARE, EUGENE!

Then Pat explained how "the wealthy people of our country wanted to make sure that the black and the less fortunate didn't outbreed us," and we assume he accidentally said "us" instead of "them," because he is a wealthy and a white, as opposed to a black or a less fortunate. He continued:

Of course, that's not quite true, but whatever, it's a thing wingnuts like to say.

So, anyway, sorry Pat Robertson couldn't help you understand life and sorry your loving God forgot to do a massacre on the Supreme Court, maybe He's not real.