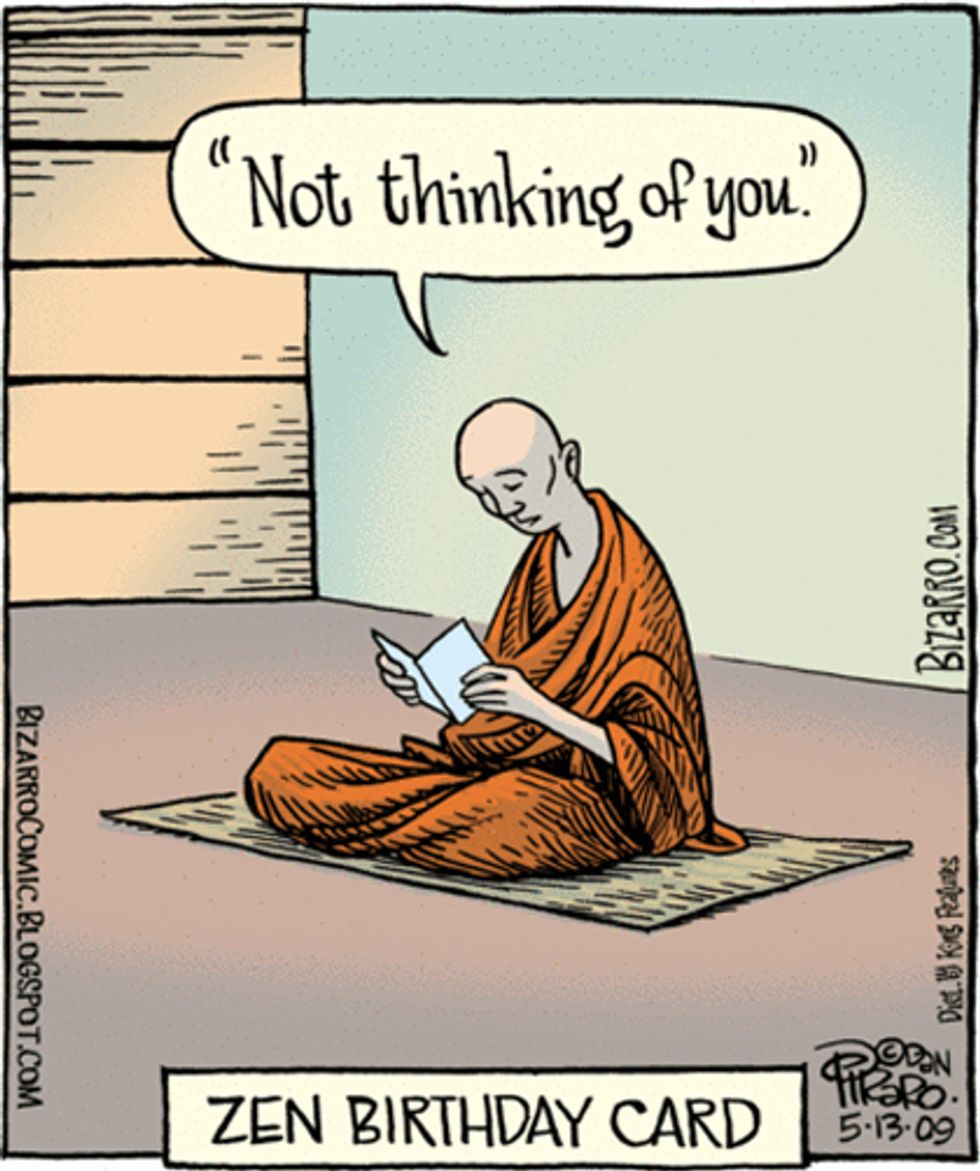 Forget flashy newcomers like Kevin Swanson or Gordon Klingenschmitt, ain't no young whippersnappers ever gonna out-goofy ol' Pat Robertson. As proof, consider his advice to "Tina," who emailed regarding her workplace quandary about people who insist on believing in strange magical things that just aren't true:

I work in an environment where all of my coworkers are Buddhists. They talk about Buddhism all day long and try to preach to me. It didn’t matter much to me before, but since I recommitted myself to Jesus a year ago, it has started to bother me a lot.

I remember out pastor telling us to teach others about Jesus, so that they, too, can receive the salvation. However, every time I approach my coworkers, they end up offending me in ways that I feel are criticizing the Word of God. But if I argue, I end up offending them.

What should I do? Should I continue to insist on helping them or get a different job? Also, is this a sign that this is not what I am created to do -- to minister to others?

We're thinking that maybe Tina never should have applied for a job at the Noble Eightfold Path Bar and Grill in the first place. We're also thinking that this sounds like a really great place to work, what with everyone doing Buddhism all day except the one lady who's trying to Jesus them at every opportunity (plus, the corners and window ledges never get vacuumed, since everyone's given up their attachments).

Pat explained that religions are a lot like deadly viruses, which is one of the first times we've actually agreed with him, aside from those odd lucid moments where he says evolution is real and that transgender people are perfectly normal.

Robertson went on to say that if you're "healthy," you needn't worry about a "mild contagion around you" -- like maybe just one Buddhist or Hindoo or Mahometan in the workplace -- because "chances are you won't get it." Apparently God gives you natural Christian antibodies to fight off such maladies. On the other hand, that doesn't mean you want to go rolling around in the sick that's all over the floor of an Ebola ward:

But if you put yourself in the middle of a hospital ward where everybody has that disease except you, sooner or later, you will be infected by it. Now, it's one thing for you to be ministering to someone who's of a different persuasion. But if you’re in the middle of hundreds and hundreds of people who believe that way, you’ve got an uphill fight.

And I think your best thing at that point is to withdraw with dignity. Get out of that environment because they’re going to get to you before you get to them.

How true this is! Yr Doktor Zoom remembers the two years he lived in Japan, when he ... well, occasionally went to a Shinto shrine or Buddhist temple on a tourist visit, tossed 50 Yen in the bowl and rang the little bell, and then didn't give religion much thought the rest of the time, just like most Japanese people. So you see, it's pretty nasty stuff.

Pat Robertson lives in such a fascinating world, where every yoga mat is an invitation to sin and every sweater might have demons in it. We'll have to be careful to wear a respirator if we ever meet him.