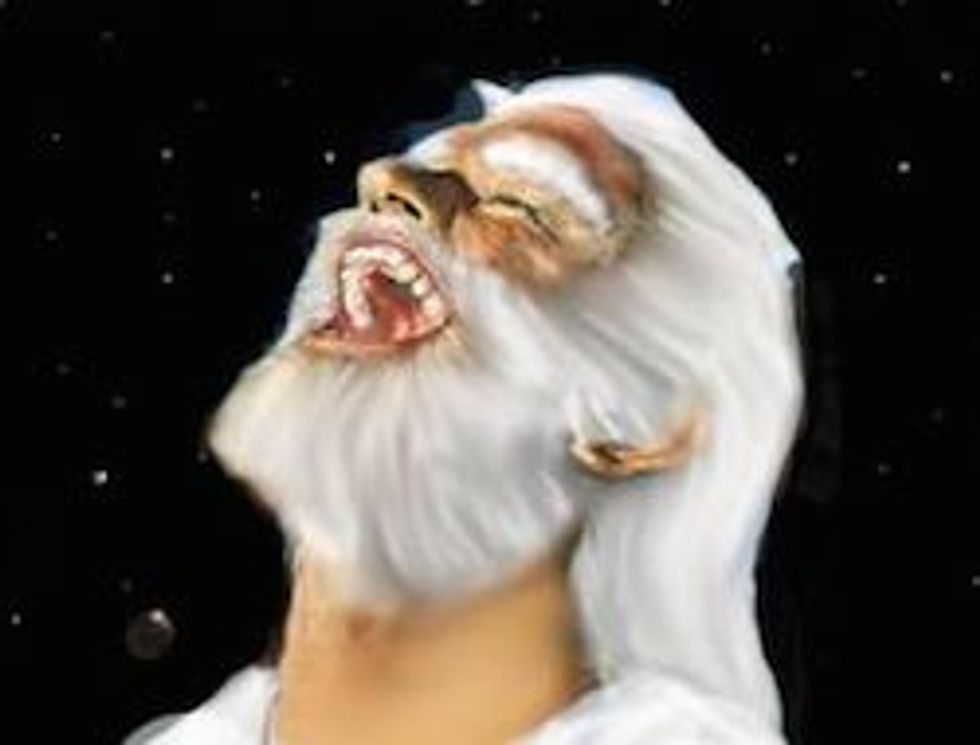 So apparently back on Wednesday there was a massive power surge that knocked out power to the US Capitol for 30 minutes or so, thanks to apocalypse-level winds of 47 miles per hour. It wasn't just the Capitol either, as thousands across the region were affected too. Now, if you are a normal person, your thoughts about this are "weather sucks, man" or perhaps even "wow, severe storms really are getting worse thanks to climate change." But if you are Pat Robertson, you think that God did this to punish Senate Dems and to show off his wacky side.

Why is God being such a funny guy with the Dems? Because they decided to hold an all-night session to talk about climate change, which was a source of endless fascination and consternation on the right. Apparently God got wind of that (heh) and decided that he'd have some funsies with people foolish enough to believe in climate change instead of a skygod.

“Do you think God has a sense of humor? Well, I think he does,” Robertson opined. “Let me tell you what happened. In the United States Capitol, Harry Reid, Barbara Boxer and the Democrats had an all night marathon advancing global warming. And they said we have to be in fear of global warming.”

“So, God says, ‘Harry and Barbara, you’ve got it all wrong.’ He dropped the temperature 40 degrees, sent so much wind that it that it knocked out the lights in the Capitol dome for the first time in years,” the televangelist laughed. “And it’s still cold!” [...]

Oh, that God. Always the prankster. He never shies away from the big bold jokes, like knocking out power for a chunk of the Eastern seaboard, just to remind you he is a hip modern fun funny guy. Of course this sucks for the thousands of people that aren't Senate Democrats that also didn't have power, but sometimes you have to break a fuckton of eggs to make a hilarious omelet.

You know there was no way we WEREN'T going to end with this vid, right?

Leave the jokes to us, God.