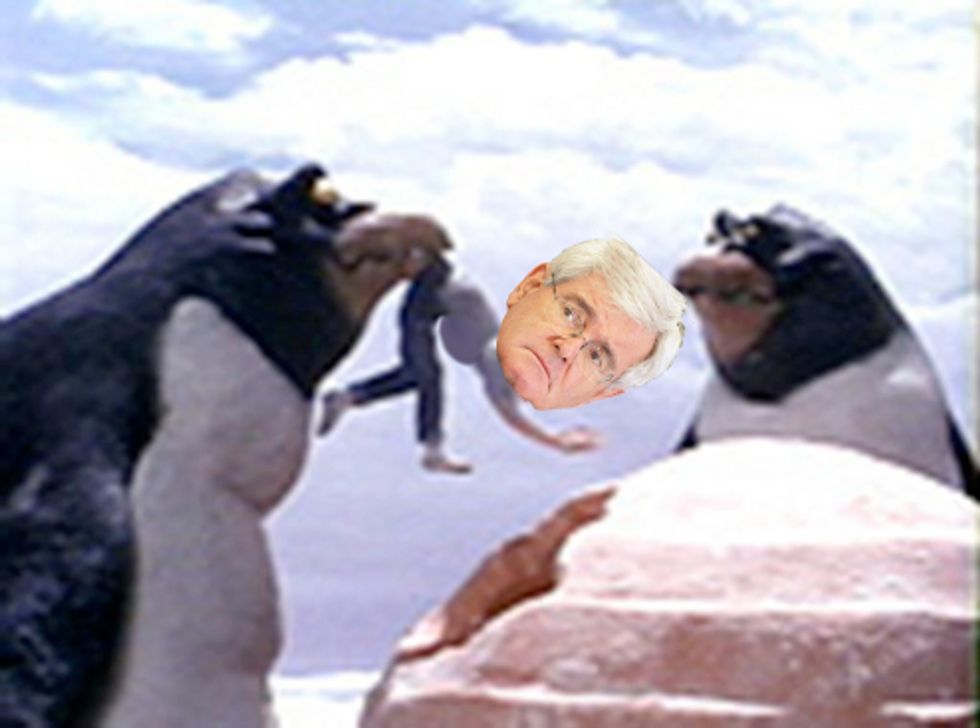 The number one greatest reason for Newt Gingrich to continue to fill up precious air time in the nation's collective unconscious is so we can still come across newswire ledes like this one: "At least one penguin at the St. Louis Zoo appears to be a feisty opponent of Newt Gingrich." This is great because we can then consider questions like, "Who has won, between the two opponents, the fat bird brain or the penguin?" and then chuckle to ourselves for asking silly questions in the first place.

In this as in all other matters, Newt Gingrich was forced to retreat damaged and in shame:

The Republican presidential candidate is sporting a small bandage on his finger after getting nipped by a small penguin during his tour of the zoo on Friday. Gingrich was in St. Louis to speak during the National Rifle Association's annual meeting.

No word on whether the carnivorous penguin has survived the food poisoning.