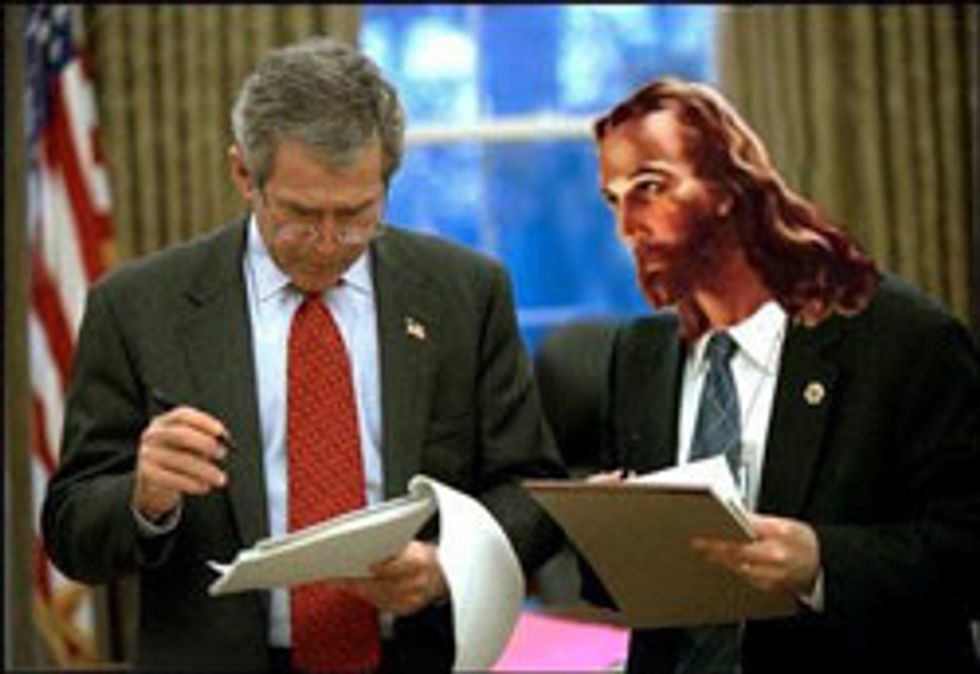 Did you hear about liberal hate site "Groupon" sponsoring the racist Donald Trump's racism?Groupon, you're fired! What's next? How about those liberals at the Mormon university? Yeah, how about them? A guy who makes prints of Jesus and the GOP Presidents and the Troops has pulled his precious artworks from the Mormon Church-owned Brigham Young University bookstore because ... liberals? Yes. They were too liberal. So now you have to get this kind of art the same way everybody else does: by searching "Never Forget" on Google Images.

Newspaper, report on these doings!

The painting, "One Nation Under God" depicts Jesus Christ standing near the U.S. Capitol and the Supreme Court building with a copy of the U.S. Constitution. Flanking him are figures from American history — including Benjamin Franklin, George Washington, Abraham Lincoln and Ronald Reagan — along with soldiers from various wars. In one corner, McNaughton depicts those he sees as having "pushed our country toward socialism" — a Supreme Court justice, a politician, a Hollywood producer, a professor, a "liberal news reporter."

But you won't find this art at the liberal Mormon BYU shop anymore, because for some reason this crap artist thinks BYU is a liberal stronghold or something, who even knows. [Salt Lake Tribune via Wonkette Operative "Dan G."]