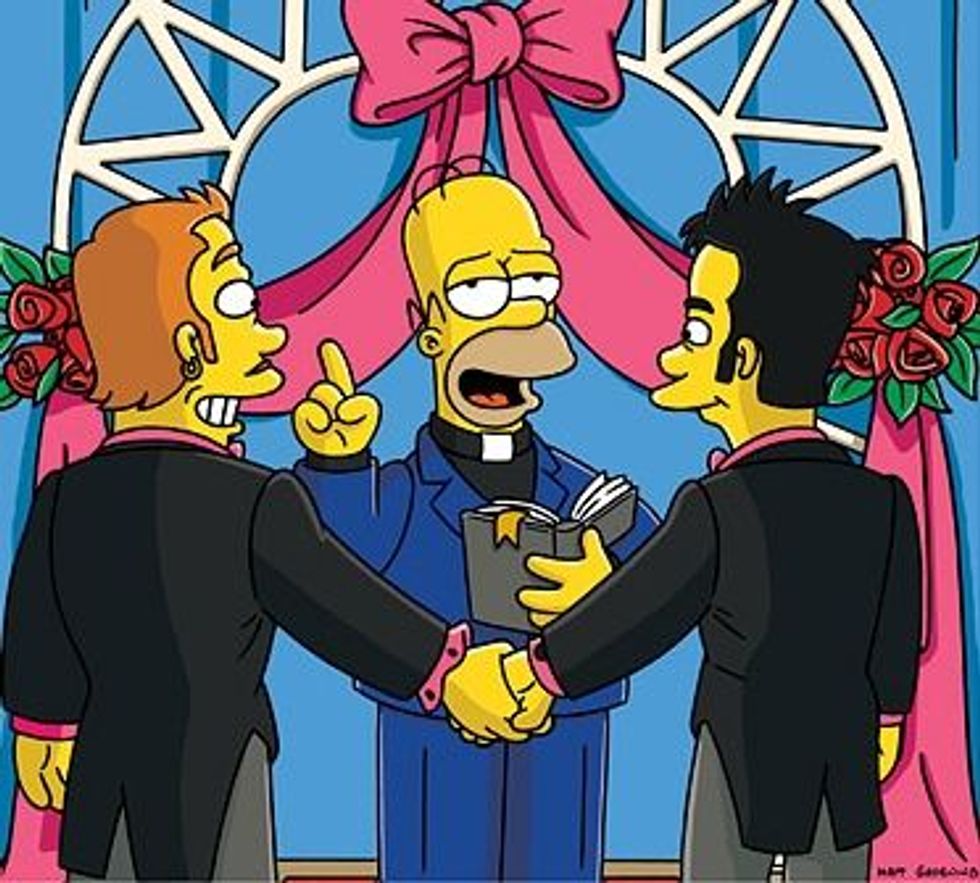 You know what sucks about being an American? When the big bad government steps in and says that you have to treat all people the same, even if they are not like you. First, they came for our lunch counters, and now they are coming for our discrimination against gays. Luckily, there are some patriotic senators who think this whole "all men created equal" thing has gone too far, and are willing to stand up for your god-given mandated right to discriminate against things you find icky.

Sen. Mike Lee (R-UT) has introduced a bill that, according to ThinkProgress, “guarantees that businesses and even government employees can refuse to recognize a same-sex marriage and discriminate against anybody who engages in premarital sex.”

It’s about time someone stood up for the oppressed Christianist majority, who keep on being persecuted by being forced to follow the same law as everyone else, like they are not even special or set apart or anything! Let’s same-sexplore.

Here’s the deal. When Caucasian Jesus founded America 6,000 years ago, He was adamant that religious freedom would be the second most paramount freedom in this great land (the most important is obviously the right to bear arms, dumbass). And religious freedom means that if you are religious, you have the freedom to do whatever you want. IT’S IN THE CONSTITUTION -- LOOK IT UP, MOTHERFUCKERS.

But now that gross same-sex couple are coming along and same-sexing all over the place, the government acts like they are real people who shouldn’t be discriminated against. And that’s fine for most people, but religious people are mandated by G-d to own slavesdeny women the right to votekeep the races separate bully gay people.  And if a private business can’t fire someone for being gay, that is just like feeding them to the lions, EXCEPT WORSER! Family values stalwart David Vitter totes agrees:

Religious freedom is a foundational principle to our great nation… But, for a number of reasons, this basic freedom is under attack by the current administration.

Yes, Vitter, you are correct. All those gays and lesbians and trans* citizens, acting like they are human beings deserving the same rights as everyone else, sure are cramping your discriminatory style, ain’t they? It’s almost like they are attacking your very religious core by demanding that, as your neighbors, you love them as you love yourself. WHAT A CRAZY FUCKING NOTION, THOSE ASSHOLES.

Now Oregon is also trying to legislate discrimination, as we noted a while ago. But Lee & Vitter want to enshrine religious bullying and discrimination on a national scale, because go big or go homo, amirite?

What would the bill actually do?

What with the Supreme Court mandating that the feds recognize same-sex marriage, what’s the point of this legislation? Oh right:

The legislation appears to be a work-around now that the Supreme Court has overturned the Defense of Marriage Act -- if it’s unconstitutional for the federal government to not recognize same-sex marriages, these lawmakers hope they can make it legal for individuals instead.

Someone has to be able to discriminate against the gays, or what kind of country would we live in? Lee & Vitter do not want their kids growing up in a society where all citizens are treated the same, because in this country, if your religion allows you to selectively interpret thousand-year-old writings to put some people down, then why should the government not enshrine that religious sentiment into law for all the peoples?

Unless it’s Sharia law, because that would be terrorism.