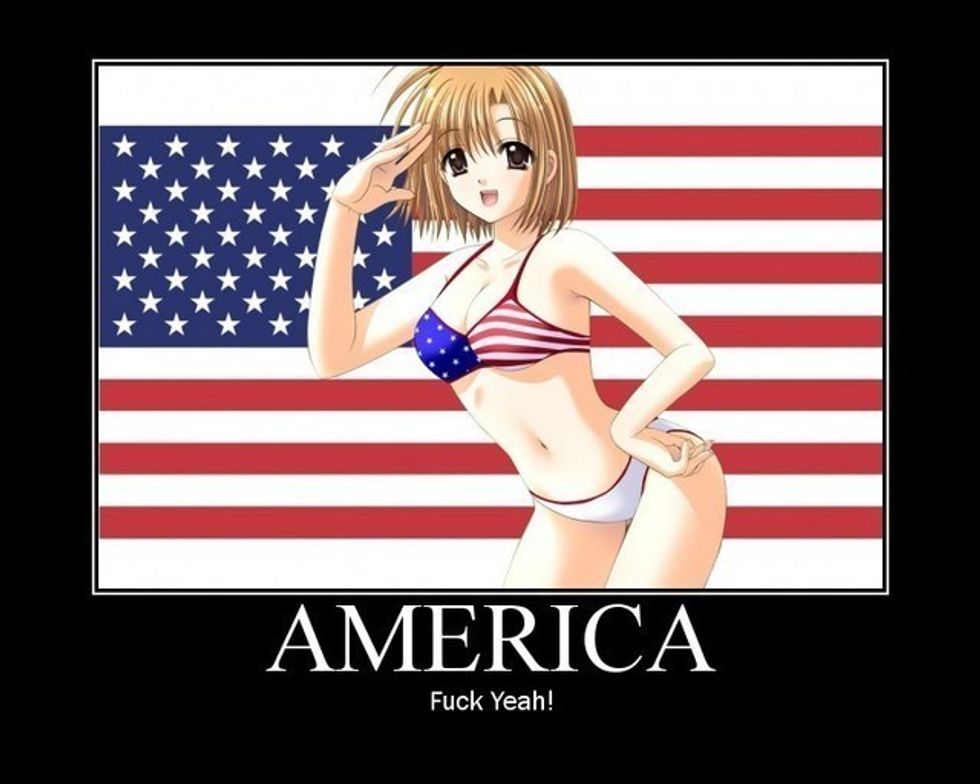 WorldNetDaily columnist Ben Kinchlowwould like someone to explain to him just what the hell is the logic of having a government based on the most brilliant freedom-protecting document in the history of the world, the U.S. Constitution, if that document's protections are going to be extended to people who we all know are guilty of doing terrible things. How the hell is that even fair?

To prove his point, he even quotes the Preamble of the Constitution, which is pretty much all you really need to know, and then, in a blatant attempt to curry favor with Alex Trebek, reframes it in the form of a question:

Correct me if I am wrong, but isn’t the primary purpose of the Constitution and Bill of Rights to establish justice, ensure domestic tranquility, provide for the common defense and ensure that American citizens are not subjected to governmental abuses – not to protect people who deliberately violate the rights and endanger or take the lives of other American citizens?

We are tempted to simply say "No, you chowderhead. Its primary purpose is to do everything in the first clause of your idiotic question within a framework of due process, which means it applies to criminal suspects, too, you insufferable moron, and did you even pass high school Civics?" and then move on to some dick jokes, but we'd like to get paid.

Kinchlow goes on to type this remarkable paragraph:

In my opinion, and since even the Supreme Court itself only offers opinions (albeit informed, but opinions nonetheless), I feel entitled to mine. In my opinion, once someone deliberately and illegally violates for untoward purposes the rights, and endangers (or takes) the life of, another American citizen, especially in an act of premeditated violence (as in a terrorist act), shouldn’t they automatically forfeit all constitutionally protected rights? Murdering other Americans is not a constitutional right.

Leaving aside that train wreck of a first sentence -- he can't really think that Supreme Court decisions have no real effects, can he? -- we'd just like to say that we are in awe of this line of reasoning. While it's fairly obvious that Kinchlow thinks the Boston suspects deserve summary execution, possibly a lynching, we're sort of wondering what he imagines the Constitution actually says about the whole process of trials and courts and stuff. If the Framers thought the Constitution applied to defendants in criminal cases, you'd think that they would have mentioned that somewhere, but Kinchlow seems wholly unaware of it.

He does, however, say something about how completely awesome it is that "We are a nation of laws -- laws designed to protect the innocent and punish the guilty." He just doesn't seem all that hot on the trivial details of the processes that are supposed to help sort between the innocent and the guilty, presumably because that's something that's simply obvious.

And then he goes on to quote the inscription on the Statue of Liberty, as well as Sun Tzu's dictum that one should know one's enemy, because those are good quotes, too. What the hell they have to do with anything resembling a point is left unsaid, but he is very, very angry that:

we have become a nation inclined, by leftist-leaning “educators,” legislators and jurists, toward punishing the innocent to protect the guilty. Is a prime example of this attitude currently on display in Boston?

Damn straight! We don't know who exactly the innocent people are who are being "punished" by following due process in the case against Dzokhar Tsarnaev, but the fact that he's not being tortured just seems wrong somehow. USA! USA! USA!