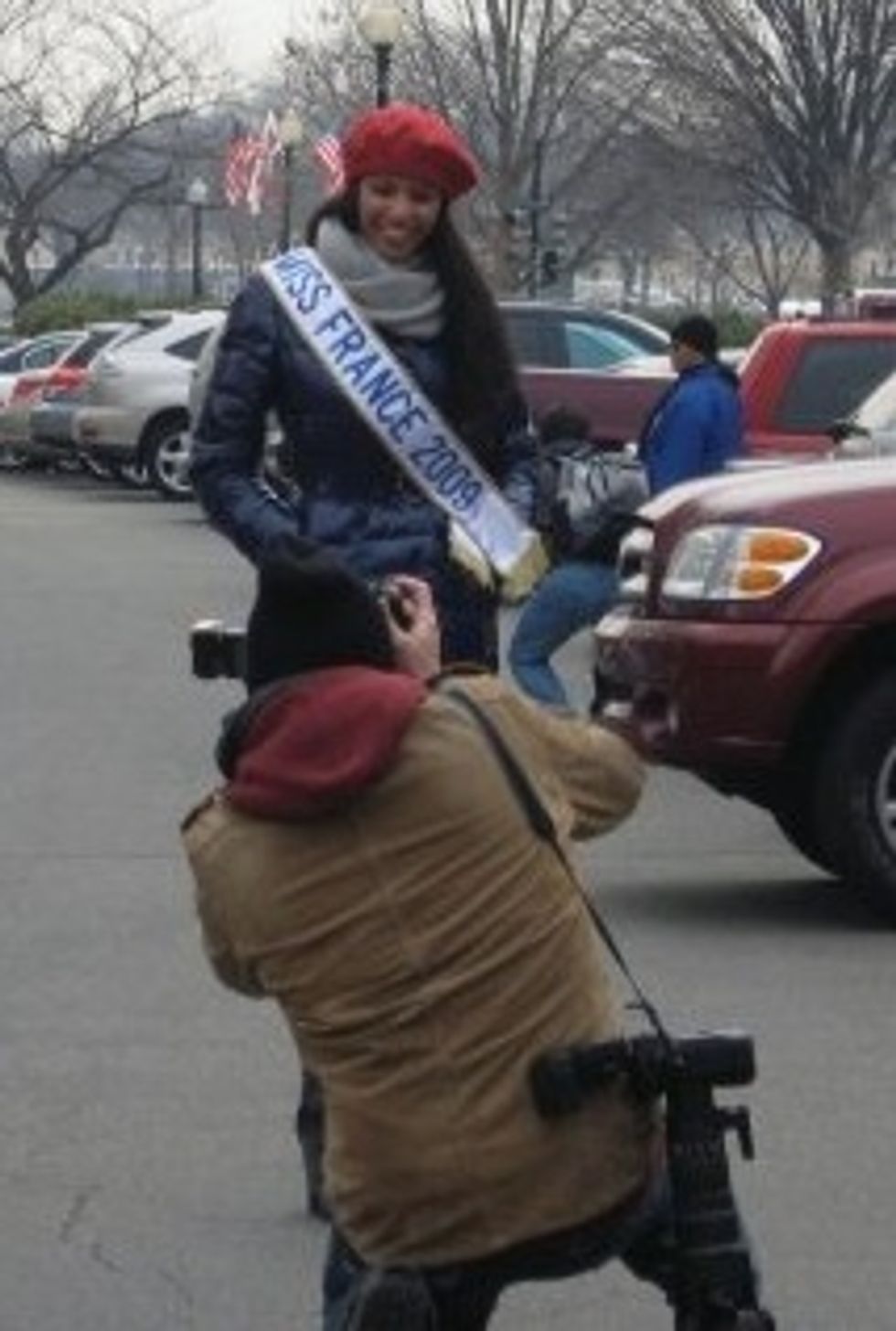 Man, the inauguration, remember that? All sorts of famous people went to Washington D.C. to see the most famous celebrity of all, Michelle Obama. Wonkette readers spotted such elusive figures as "Paul Bengala," a rare tiger-pundit hybrid, as well as "Matt Laurer," aretired wrestler and morning talk show host. You also saw legitimate celebrities such as Tom Brokaw, Kurtis Blow, and Miss France. Most importantly, Kev-O-Tron and SayItWithWookies got to hang out with each other in "real life," which is just adorable. Details after the jump.

Have you left your basement recently and seen somebody sort of famous, preferably a person kind of related to politics? Send your reports to tips@wonkette.com with the subject line "Wonk'd."