Paul Ryan, 'Reportedly,' Simply Does Not Care To Take Calls From His Stinky Old Boss 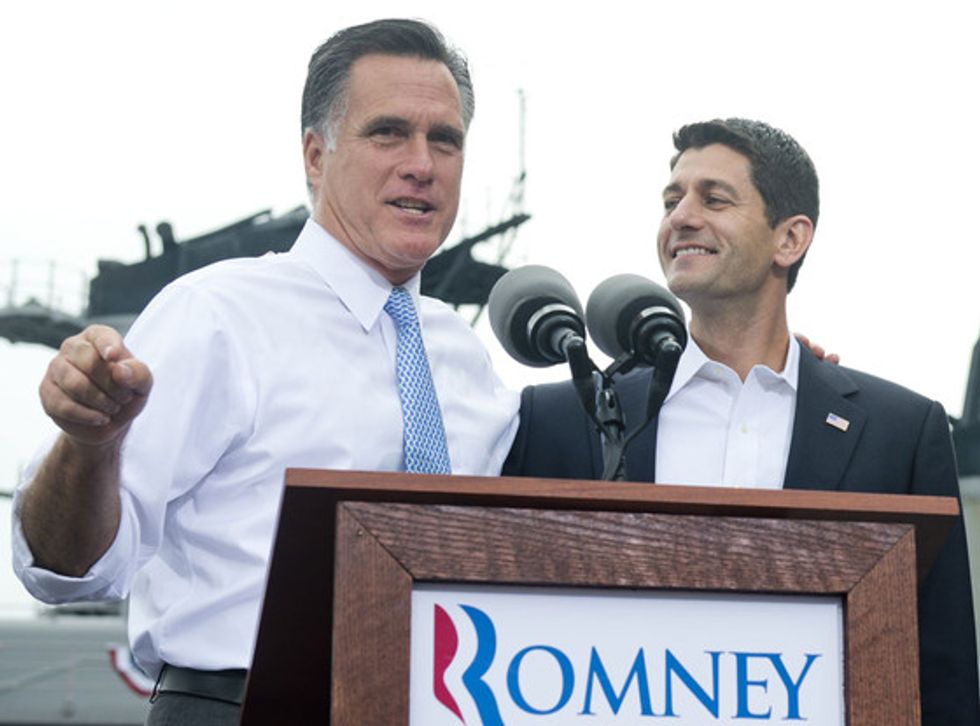 Does Politico chief political columnist Roger Simon know what "reportedly" means? Dear reader, do you? For those without your Editrix's fancee "specialized journalism" master's, it means "someone somewhere else has already published this information, which we have not confirmed ourselves, but are kind of taking their word for it." And Politico chief political columnist Roger Simonsays that, "reportedly," Paul Ryan "has been marching around his campaign bus, saying things like, 'If Stench calls, take a message' and 'Tell Stench I’m having finger sandwiches with Peggy Noonan and will text him later.'” Did anybody besides Roger Simon report that? Sure, in the future! Now Roger Simon can simply go back and link to all the people, like us, who have used his report, and say it has been reported! It is sort of like how they got the intel to go to war in Iraq.

We are vaguely sure Roger Simon is attempting "satire." (His closing sentence, "Sources close to the Ryan campaign tell me his two new PowerPoint presentations will be: 'How a Bill Becomes Law' and 'Canada: Friendly Giant to the North,'" sort of nails it.)

But short of emailing him and asking him, there is simply no possible way to tell! Therefore, we are forced to work from the assumption that Roger Simon is typing out God's honest rumors and not trying to pen the next "Joe Biden's Bitchen Camaro."

But why is Paul Ryan ("reportedly") being so mean to papa Romney? Well, a) Craig Robinson in the New York Times said Ryan was going to have difficulty getting the Romney stench off him, and b) we are just spitballing here, but sometimes politicians are not very good at controlling their egos! Like, one time we were having an affair with a state senator, and there we were, gazing at him properly and listening to him yammer on and on, our eyes open wide like a good political wife, and as we hung on his every word, we inserted a question that showed how engaged and interested we were in whatever the fuck he was profoundly orating upon, and he held up one index finger and intoned, with this crap Reagan jolly smile, "Now now, I'm not done talking!"