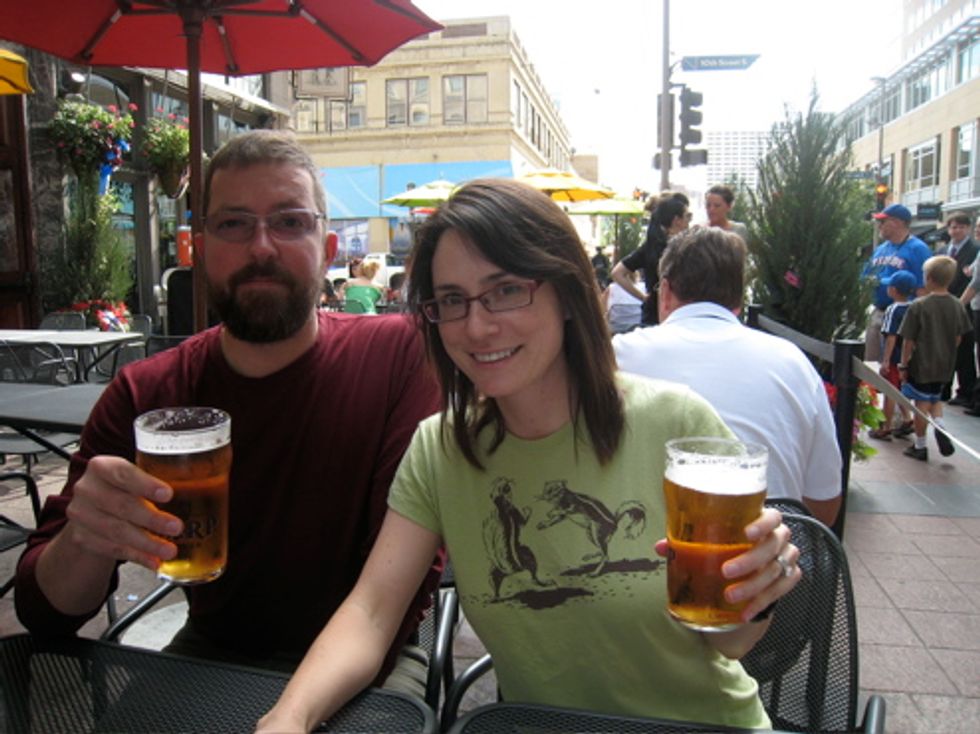 Your Wonkette was just having some drinks at various patio restaurants in downtown Minneapolis yesterday when strange dorks began walking around, in bizarre costumes. Here we have, uh, "Ninja Hitler," maybe? And he's pulling a gimp in a wagon made of ... household garbage? Like many other disheveled stringy-haired losers seen around town on Sunday, the gimp was wearing a green scary-face mask, possibly from the Scream movies? But they weren't all so elaborately costumed.

This, unfortunately, is the more common look for the 'tards visiting the Twin Cities. Tragic.

Then they got on their bus and went home, the end. Ha ha, not really -- they don't have a bus.

Here's to you, Paultards! Like Sarah Palin, you are the comedy gift that just keeps on giving!