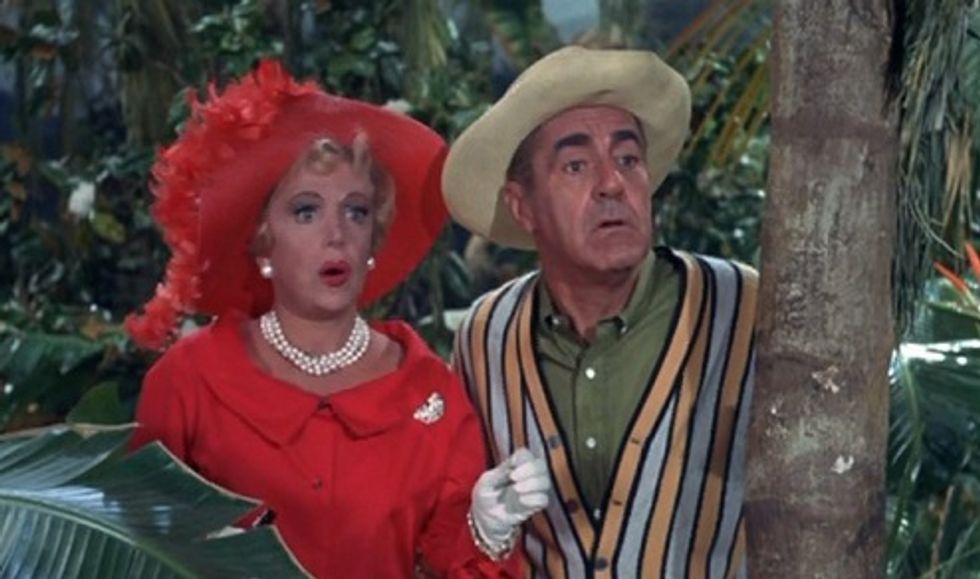 She needed a break from the city in the summer, from the heat, from the ceaseless crowds of tourists blocking the sidewalks she had to navigate to reach her favorite watering holes. From the stench of rotting garbage filling the air, invading her nostrils until even inhaling deeply the fumes from an open barrel of Tanqueray could not chase it off. The city in the summer was like the current state of America: disordered, edgy, crazed from the summer doldrums and the collapse of prosperity, the decay of its dreams. Even the graceless communist mayor had escaped, taking his family to Italy to eat pizza with a knife and fork like he was Donald Trump. She sniffed at the image. Some Man of the People!

So Peggy Noonan made her escape as well, to a friend’s nine-bedroom cottage out on the island, a little hideaway on a beach at the ocean’s edge. There she sat on one of the many decks, martini pitcher close at hand, to feel the cool salty breeze on her skin, to hear the ocean waves rolling into shore like frantic children, and finally, thus relaxed, to ponder the idea of Two Americas.

I had a conversation this week with an acquaintance of considerable accomplishment in the political and financial worlds. The talk turned to how some prospective presidential candidates seem to be running to lead two different countries … My acquaintance said it's possible the U.S. in our lifetimes will simply break up, tear apart. This might not be so terrible, he said, it would probably work out fine.

Peggy is taken aback by this, whereas yr Wonkette is old enough to remember when Paul Krugman was saying the country might be ungovernable and Charles Krauthammer was tut-tutting the very notion. Welcome to the Obama Years, Peggy.

I had always assumed that America was uniquely able to tolerate division. Shared patriotic feeling and respect for our political traditions left us, as a nation, with a lot of give. We could tug this way or that, correct and overcorrect, and do fine.

And buried beneath Civil War battlefields across the South, hundreds of thousands of skeletons begin spinning at 500 rpm.

In the area of what are called the social issues, there are those (I am one) who passionately believe there must be some limits on what is legal, that horrors such as those that occurred in the office of Kermit Gosnell remind us that at the very least babies viable or arguably viable outside the womb must be protected. They can't just be eliminated; if that is allowed we have entered a new stage of barbarism.

Let us help you out here, Peggy. What Kermit Gosnell did is illegal, which is why he was tried, convicted, and sent off to rot in prison for the rest of his life. The tiny number of doctors in America who legally perform late-term abortions do so for medical reasons, not because the mothers suddenly decide, in the eighth month of pregnancy, that they would rather remain childless.

One side is trying to protect a human life, the other a perceived right.

Perceived by the Supreme Court 40 years ago, ya nut. By that standard, every right is a perceived right. (Funny how rights that conservatives want are always God-given or inviolable declarations by the Founders, while rights liberals want are "perceived.") Yr Wonkette submits that one of the reasons for this divide that Peggy is talking about is that the Court has lost legitimacy as the arbiter of such disputes. Perhaps if more respect was afforded its decisions, the problem would be less severe. Maybe Peggy could mention that to the anti-abortionists her party has sheltered and encouraged since 1973?

Still, this is a fairly anodyne column. America is divided, is it possible to come together, our political leaders don’t seem capable of leading and uniting, yadda yadda yadda. Until we get to the end, which Peggy apparently wrote after taking a long break to eat some horse tranquilizers, lie down at the water’s edge, and feel the sand squishing between her toes.

The president shouldn't be using a fateful and divisive word like "impeachment" to raise money and rouse his base. He shouldn't be at campaign-type rallies where he speaks only to the base, he should be speaking to the country. He shouldn't be out there dropping his g's, slouching around a podium, complaining about his ill treatment, describing his opponents with disdain: "Stop just hatin' all the time." The House minority leader shouldn't be using the border crisis as a campaign prop, implying that Republicans would back Democratic proposals if only they were decent and kindly […]

All this reflects a political culture of brute and mindless disdain, the kind of culture that makes divisions worse.

Pardon us for a minute while we stick our heads inside a steel drum and scream until our eardrums explode. A president at campaign rallies three months before an election? How dare he! A political leader suggesting that perhaps the country could treat refugee children better than just sending them back to their native countries like a fisherman tossing undersized trout back into a lake, but not before screaming at them like hopped-up nativist meth heads? The horror!

The only honest discussion of a political culture that “makes divisions worse” must start with the way the Republicans, particularly the Tea Party nuts, have treated this administration from the minute John McCain conceded. It is well-documented that the day Obama was inaugurated, GOP leaders were deciding on a strategy of total opposition to everything he said or proposed. It is well-documented that the Senate Majority Leader early on publicly stated his overriding goal was not governing, but making sure Obama remained a one-term president. It’s well documented that…

You know what? Screw that. If anyone needs us, we’ll be at the beach.

Wonkadoos! If clicking on the links to Peggy's column brings up a firewalled page, you can type the title - Out of Many, Two? - into Google to get around it and read the whole thing. Just one of those little tricks for reading the Wall Street Journal that you come to yr Wonkette to learn. You're welcome.