Peggy Noonan Plays A Clever Rhetorical Trick! Watch Carefully And See If You Can Catch It! 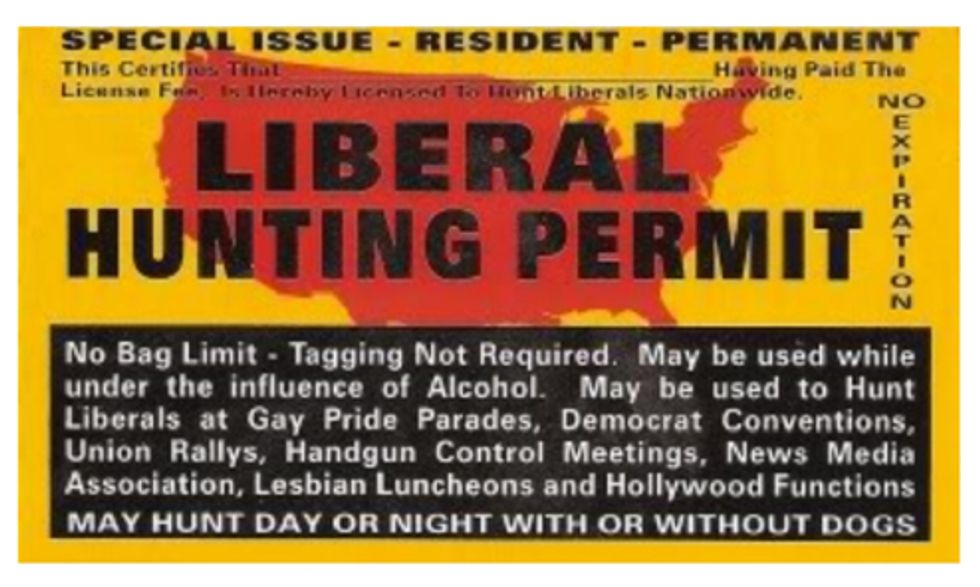 You guys! Peggy Noonan wrote a very, very persuasive column that plays a funny "trick" on the reader! See if you can guess where she is heading with this! Just guess!

It is astonishing and cannot go unremarked that Mississippi’s Gov. Frank “Boo” Burnham, the conservative who won a 2011 landslide, gave an interview Friday in which he demonstrated all that is wrong in American politics—all its division, its intolerance, its ignorance and sickness. Burnham damned and removed from the rolls of the respectable everyone in his state who is pro-choice, who is for some form of gun control, and who supports gay marriage. In a radio interview marked by a tone of smug indignation and self-righteousness, Burnham said “extreme liberals” who are “for abortion, who hate guns, who want homosexuals to marry -- if that’s who they are they’re the extreme liberals, they have no place in the state of Mississippi because that’s not who Mississippians are.”

Did you spot it yet? Did you? We bet maybe you did!

And she goes on for many a paragraph about the universal outcry that would greet such a terribly intolerant comment from a conservative governor in a red state, and how all the media have condemned Boo Burnham for his intolerance. And then she "tips her hand" to reveal that actually, all this time, she has been engaging in a speculative fiction:

I suppose I should note here, especially for those who haven’t yet Googled Frank “Boo” Burnham and Mississippi, that there is no such person. I made him up to make a point. The governor who made the harshly divisive and dismissive comments about those who disagree with him politically is Andrew Cuomo of New York, who of course is a liberal, not a conservative, and who has not faced anything near the criticism ol’ fictitious Frank “Boo” Burnham would have received if he’d said the equivalent of what Cuomo said.

Oh, oh, oh! What a trick! How you blinded us, Peggy Noonan! So very clever! We are now shocked and ashamed of the double standard that has allowed Andrew Cuomo to call for the expulsion of all conservatives from the state of New York with no consequences whatsoever, with the exception of maybe some welcome removal of some toxic waste.

Peggy, dearest... we hate to break it to you, but there are 23 states with Republican-controlled legislatures and Republican governors, and any number of those governors and legislators got elected by running ads promising to protect the good people of their states from "extreme liberals." Hell, that fake quote you made up for Boo Burnham? That's pretty much engraved in gold leaf on the Idaho Capitol building. We also haven't seen any pickup trucks in blue states displaying anything parallel to this sticker:

And of course, let us reiterate -- there's just something about a Noonan column that makes a person want to say "let us reiterate" -- Cuomo was not telling conservatives to leave New York. He was saying, pretty clearly, that in the political environment of New York, an "extreme conservative" has about as much chance of getting elected as, say, Andrew Cuomo would of becoming Governor of Mississippi. It was the New York Post that translated his comments into "Cuomo to conservatives: Leave New York!" So, no, Andrew Cuomo did not declare conservatives anathema in New York.

But Peggy, if you really want to see people declaring that their fellow citizens don't deserve to even think of themselves as Americans, you might check the comments section for any story about Cuomo's remarks on a rightwing blog.