Peggy Noonan Stares Into Her Highball Glass, Wonders What Is Becoming Of America, Guzzles Highball 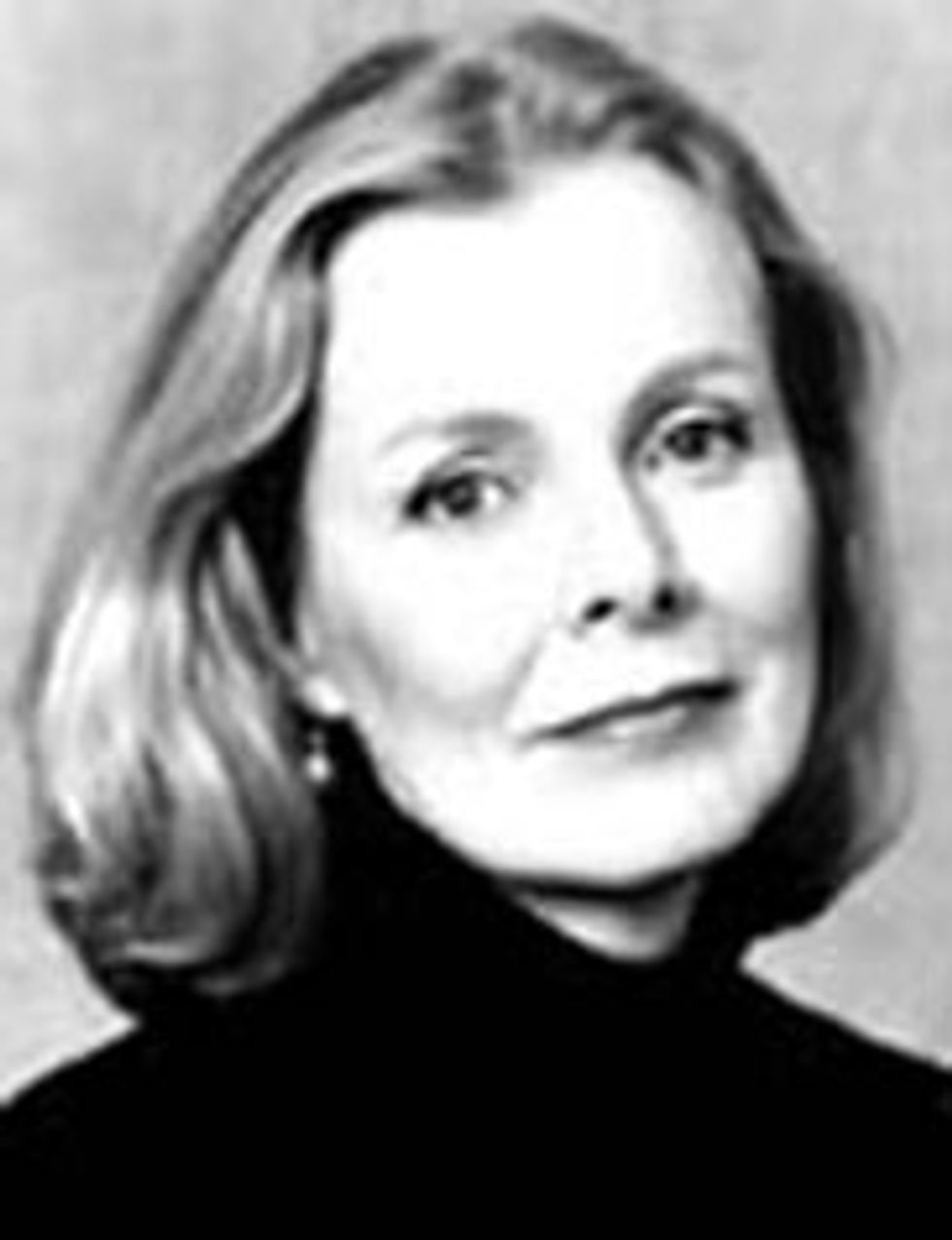 The winter had driven her crazy. All these snowstorms, all these months and months trapped in her home, barely able to go outside into the streets that the terrible Communist mayor refused to plow, all those days on her own because the snow prevented her man-servant from journeying to the Upper East Side from the tenement room he shared with eighteen relatives in the Bronx. "I am sorry, Meesus Noonan," he whined plaintively when he called from the pay phone in the hallway, the sounds of mariachi music and gunfire mingling in the background. "The buses, they do not run. I cannot walk all that way to you for we have no heat and I have lost all feeling in my toes. Perhaps a raise, so I could buy a space heater for my family..."

The air in her apartment had grown musty and stale, the alarmed squawking of the Fox News hosts emanating from her television had become white noise. The terrible Moor still occupied the White House and a plague of liberalism had descended upon the land, blanketing it like Hirohito's Imperial Army rolling through Manchuria. All was darkness! All was despair! What was left for a leading intellect of the conservative movement but to be really really snarky about it?

The most hopeful thing he's done is signal this week what he'll be up to after he leaves. He will work with young minority men...This also leaves us understanding for the first time the true purpose of his so far unsuccessful presidency: to launch a meaningful postpresidency. I'm glad that's clear.

Yes, Barack Obama ran for the presidency because he saw it as a good entry-level job for his ultimate career goal of mentoring minority youth. How is this woman allowed out of her house without wearing a helmet?

Everyone wants to help the poor, the old and the sick; the safety net exists because we want it. But voters and taxpayers feel bullied, burdened and jerked around, which again is not new but feels more intense every day.

So conservatives in your party like the safety net, they want the safety net, but they keep trying to cut the safety net because they feel bullied into having it? That's certainly a legitimate reason for the needy to go without food. Hang on, our eyeballs just rolled so far back in our head, we can see our brain. It looks pretty good! Okay, better now. Let's continue.

Rules, regulations, many of them stupid, from all the agencies—local, state, federal—on the building of a house, or the starting of a business. You can only employ so many before the new insurance rules kick in so don't employ too many, don't take a chance! Which means: Don't grow. It takes the utmost commitment to start a school or improve an existing one because you'll come up against the unions, which own the politicians.

Surveyed business owners have said specifically that the health insurance coverage requirements of Obamacare will not stop them from expanding their businesses if they want or need to. Anyone saying otherwise is likely some blowhard who reads nothing but Ayn Rand. And what's this about schools? Last we checked, charter schools were still a thriving business...er, educational concern. At this point we're thinking Peggy wouldn't notice the ocean if she fell out of a boat.

The political-media complex is bravely coming down on florists with unfashionable views. On twitter Thursday the freedom-fighter who tweets as @FriedrichHayek asked: "Can the government compel a Jewish baker to deliver a wedding cake on a Saturday? If not why not." Why not indeed.

Ha ha, the brave freedom fighter @FriedrichHayek who seems to live in America and is in such danger he's managed to squeeze out a mere 59,000 tweets spreading his noodle-headed ideology to like-minded patriots trapped inside the repressive Obama regime? He's right up there with those kids who just turned Ukraine upside-down. You're a regular Sarah Connor in this resistance, Peggy.

Also, allow us to make the obvious point about the crucial difference between the Jewish baker and the nitwit wedding photographer who didn't want to shoot a gay marriage, which is that the Jewish baker is not going to refuse to deliver a cake on Saturday while telling the customer that having any kind of a celebration on the Sabbath is an abhorrent sin in the eyes of God. He's not going to condemn the unfortunate gentile's entire lifestyle. He's simply going to say, "Sorry, I don't work Saturdays. I'll deliver it to you on Friday instead so it will be there in plenty of time." Because your average Jewish baker - and trust us on this one - is not a fucking idiot.

In the dark screwball comedy that is ObamaCare, the Congressional Budget Office revealed last month the law will provide disincentives to work. Don't worry, said Nancy Pelosi, people can take that time and go become poets and painters.

One, that CBO report said no such thing and anyone who claims otherwise is either lying or dumber than a doorknob. Two, it takes some sack for a goddamn writer to criticize people wanting to be poets and painters. Don't be mad at everyone else because you never finished that coming-of-age novel and wound up becoming a hack speechwriter and political columnist instead, Pegs.

Conservatives sometimes feel exhausted from trying to fight back on a million fronts. A leftist might say: "Yes, that's the plan."

The left isn't the side of the political spectrum hijacking entire news cycles to complain about some MSNBC intern sending out a poorly phrased tweet or throwing an apoplectic fit because some Food Lion checker said "Happy Holidays" instead of "Merry Christmas." You think you're exhausted? Try continually pushing back on that nonsense.

But the left too is damaged. They look hollowed out and incoherent. Their victories, removed of meaning, are only the triumphs of small aggressions. They win the day but not the era.

Sour grapes, Peggy. Let us drop a truth bomb that came to mind when we read that last bit about a stat we read just yesterday regarding one particular issue of the current era. Since the Supreme Court knocked down DOMA last June, courts across the country have issued decisions in eighteen cases involving rights for homosexuals, and every single one of those eighteen decisions has sided with the gays. Does that sound like the death throes of a damaged and incoherent movement? Because to us it sounds like progress.