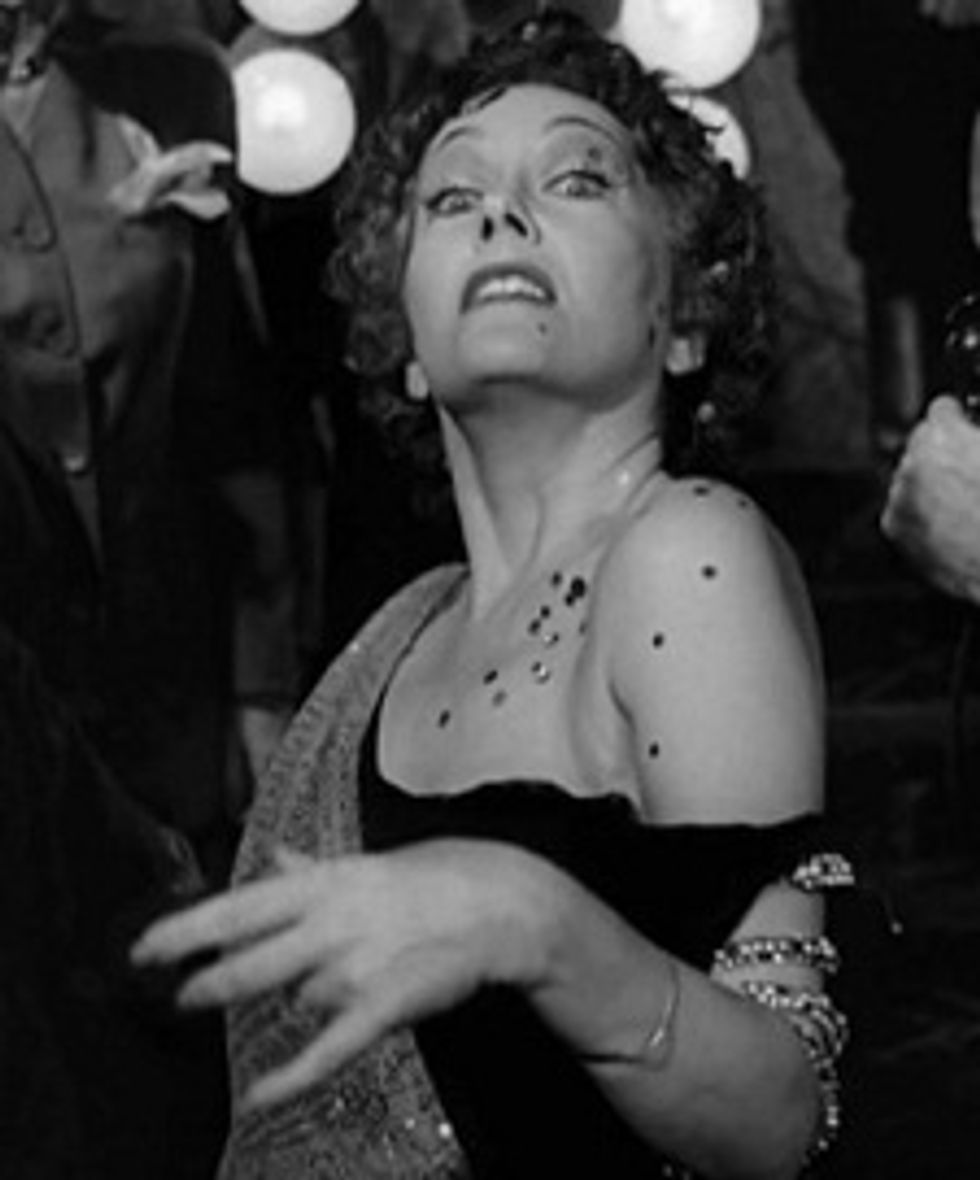 Somewhere in New York, in a penthouse high above the clouds, Sister Margaret Ellen Noonan gazed out a window and imagined the world below. On the movie screen of her mind, she saw grown men sitting in leather armchairs in well-appointed clubs, snifters of brandy in hand, debating well-intentioned but ill-founded strategies. She watched as these men of good but misguided will complained that the Halfrican Prince in the White House had not come to them on bended knee to do their bidding, but also to lead them, and to negotiate from strength, but also acquiescence, or something. Sister Margaret sighed wistfully and swirled the sherry glass into which she had poured her 9 A.M. tincture of opium. This world beneath the clouds certainly was a strange one. She needed to speak to someone who would confirm all of her instincts, and not say anything that might cause a reevaluation of preexisting biases. And she had to do it quickly, as she had acolumn due.

Searching through her Rolodex of old Republican fossils, she hit on James Baker. Was James still alive? She hurried to the dusty old rotary phone in a corner of her sitting-room. “Operator,” she said in her supercilious manner, “get me Houston 1-8456 posthaste.”

Soon old Jim Baker was on the line, comfortably ensconced in his office at a law firm in Texas, from which he could give Sister Margaret brilliant insights into what should be done to solve the calamities of Washington D.C. In 1991.

The political problem: The president is failing to lead. His refusal to negotiate with Republicans over spending and the debt limit is "an obstinate position, it's not a leadership position." The Republicans made a mistake early on with a "maximalist" position on ObamaCare—they could not realistically achieve their aim of defunding when the Democrats hold the White House and Senate. But the president's position is a "pretty damn maximalist position itself, and people will say that."

Actually, polls show that upwards of 70% of Americans disagree with the idea of tying a defunding of Obamacare to a government shutdown or debt ceiling increase. And Baker is missing a crucial piece of context, which is that the GOP, its balls having been snipped off and placed in a jar that was then buried in a swamp by the feral dick weasels of the Tea Party, has waged a scorched-earth campaign against the implementation of Obamacare every single step of the way. This defunding idea did not come out of a vacuum. It is the latest vestige of an ongoing temper tantrum. As long as that tantrum continues, there is nothing for the president to lead. The GOP is split into a gazillion factions. It is not the Democratic president’s job to unite it.

When he worked for Reagan, he'd come back from a negotiation saying, "I think we can get this," and it was never all the president wanted. "Reagan would say, 'I'd rather get 80% of what I want than go over the cliff with my flag flying.'"

This is sacrilege. President Reagan would never have given in to the demands of a socialist Alinsky worshiper. And the Tea Party seems perfectly willing to go over the nearest cliff if it can’t get its way. Again, Jim, you and Sister Margaret are not living in the reality that the rest of us inhabit.

(Baker said) "House Republicans are not wrong when they say we ought to eliminate the special privileges that members of Congress and their staffs have. . . . That would be tremendously popular in the country."

Ahem. The idea that members of Congress have special privileges under Obamacare has been  thoroughly debunked so many times that we can probably refute this bullshit in our sleep. But do go on, and please hurry, as it is almost time for Sister Margaret’s 10 A.M. opium tincture.

What should President Obama do? Own it. Lead. "Leading would be call [Speaker John] Boehner in: 'All right, this is a sorry situation for our country. Come on here and let's talk about resolving it.'"

Again, the president cannot get John Boehner’s house in order for him. Not that he hasn’t tried. Now he’s tired of trying and getting screwed over by the bouillon-headed fuckwits at the other end of Pennsylvania Avenue, so he is not going along with their long-standing plan to wring concessions out of him by threatening to tank the country's (and the world's) economy.

Could Reagan have controlled today's GOP?

Oh, we know this one! The answer is “not a chance in hell.” Reagan today would be considered a liberal squish by Winnipeg Ted Cruz and his army of turtle-brained morons. Surprisingly, Baker thinks otherwise. It must be nice, sitting up there above the clouds or smog or aerosolized barbecue sauce or whatever the hell floats in the air above Houston.

He notes that Mr. Obama used to speak of how he admired Reagan. But Reagan tackled big problems—fundamental tax reform, fixing Social Security. "Why doesn't he do what Reagan did?"

You mean gobble jellybeans, stare dazedly out the windows of the Oval Office, and poop himself? Seriously, Obama has tried the Grand Bargain and almost gave away the store. What saved his bacon on that one was that the GOP is too insane to take 80% of what they want and call it a victory. And still this myth that he is an arrogant pussbrain who does not show leadership persists. Baker and Noonan really need to read a newspaper not owned by Rupert Murdoch sometime.

The call thus concluded, Sister Margaret bade James Baker a fond goodbye, promising him that they would indeed speak again before both are dead. Some invisible man-servant had quietly slipped into the sitting-room at some point in the conversation and replaced her empty sherry glass with a full one. The good Sister looked back out the window at the clouds and sighed once again. The sun, she thought, it is too bright today.